Arteriti is an inflammation of the arteries with a resultant damaging of the walls of the arteries and subsequent decrease in blood flow to the body. Various kinds of arteritis exist. The clinical features seen in arteritis depend on the artery involved and the extent of the damage.

The various kinds of arteritis that exist include:

This is also known as arch syndrome or non-specific . It commonly affects young and middleaged females that are Asian in origin. The walls of the aorta get inflamed alongside the upper branches of the aorta. This leads to fibrosis or scarring.

As time goes by, the aortic wall gradually thickens and the upper and lower branches of the aorta narrow slowly thus causing a decrease in the blood, oxygen, nutrient supply to other body parts. The upper body may be rendered pulseless or just a faint pulse will be felt if the main branches of the aorta are damaged.

Takayasu’s arteritis can cause the following:

As the walls of the artery keep getting weak, aortic aneurysm results, it is just a ballooning of the aorta. If this aneurysm ruptures, it can be fatal. Takayasu’s arteritis is not treatable but the condition can be managed with immunosuppressive drugs.

GCA usually begins with symptoms resembling flu. These symptoms include:

The arteries that are involved will be swollen and may be tender on touch especially when the involved arteries are those at the side of the head. As the inflammation worsens, blood circulation to the optic nerve, facial nerve and to the jaw becomes interrupted. This leads to visual loss, jaw ache, scalp pain, many other symptoms.

Visual loss is the major problem with GCA, it happens when the arteries of the eyes get blocked. GCA rarely results in death. To prevent permanent damage, immediate administration of corticosteroids may be beneficial.

This is also known as Kussmaul disease, Kussmaul-Maier disease, or infantile polyarteritis nodosa. It occurs when the small and medium arteries that supply the body with blood from the heart get inflamed. The symptoms that occur depend on the blood vessel affected. Most times, the cause of PN is not known. It mostly occurs in men that are within the age of 30 to 49. It can also occur in people with chronic hepatitis B but this is in rare cases.

The symptoms and effect vary because very many blood vessels can be affected.  PN, like other kinds of arteritis, starts with flu-like symptoms which include:

Bruising may also occur on the skin with rashes and sores occurring.

When the central nervous system gets affected, one may experience any or a combination of the following symptoms:

When the kidneys get affected, renal failure may result, high blood pressure and edema too. The heart can also be affected and it may be in the form of a heart attack or heart failure. Pericarditis, which is an inflammation of the sac around that encircles the heart can occur especially when the arteries that supply the heart are affected.

PN can be managed by using immunosuppressive drugs though you will stand a greater chance of relapsing in the . When left untreated, the disease is fatal.

The exact cause of arteritis is not known, it is thought to be an autoimmune disease. The cells of the immune system attack the blood vessel walls to cause different grades of damage. The immune cells that are present in the blood vessels form nodular structures called granulomas which occlude blood flow to other body parts. The inner cells of the blood vessels may become weak and more susceptible to developing aneurysms. Aneurysms when ruptured, result in internal bleeding.

Arteritis can cause blood loss and deficient oxygen supply to the internal organs. When blood flow is impaired, blindness, heart failure, and kidney failure can result depending on the artery that has been affected. Early diagnosis and treatment is essential to prevent organ damage caused by arteritis.

The diagnosis of arteritis is carried out by doing the following;

The doctor takes a concise medical history with special reference to the following:

A general physical examination is done for the affected body parts.

The relevant laboratory tests that are done include:

The usual imaging tests that are ordered include:

These tests help to show the condition of the arteries, the severity of blockage and the presence or absence of aneurysms.

A biopsy is indicated if the condition of the cell wall is to be checked. It is performed by a doctor.

The primary treatment is to suppress the immune system. This is achieved by the administration of immunosuppressive drugs such as corticosteroids (prednisolone), or other drugs that serve the same function.

Secondary infections can be treated with the use of antibiotics. Surgery may be indicated for those with damaged organs to revive or replace them.

Majority of people who suffer from this condition will recover. The treatment may take a long time and if the disease was severe enough to cause organ damage, it will alter the treatment requirements and even the outcome. Talk to your doctor to be more informed on your condition and the long term effect.

If you have a past history of arteritis, you stand a higher chance of its recurrence so you must be on the watch for its symptoms. Early diagnosis and treatment help reduce organ damage. 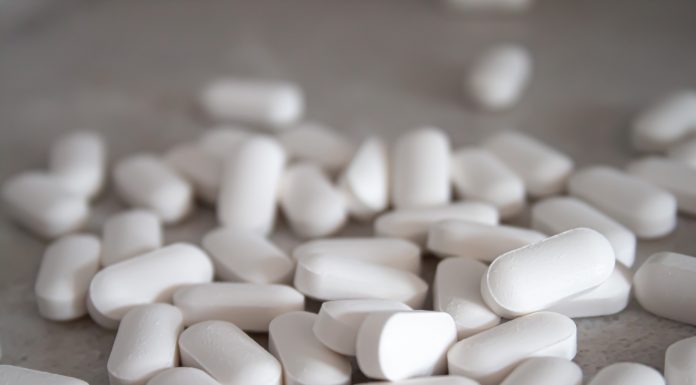