Alcohol can affect people in various ways. You can enjoy a glass of wine moderately with food in social settings and go without having any problem.

When you begin to drink alcohol too often or too much, or when you are no longer able to control your consumption of it, then something is wrong with you. It’s either you are abusing alcohol or you are suffering from alcoholism.

Some people have mistaken alcohol abuse with alcoholism. They are actually not the same.

When you abuse alcohol, you drink it in excess on occasion and your drinking habit often results in poor judgment and risky behaviors. It does not mean you are dependent on alcohol.

But when you are suffering from alcoholism, you don’t just drink it in excess at a sitting; you simply can’t go a day without it!

Based on statistics from the National Institute on Alcohol Abuse and Alcoholism, about 18 million people in the US struggle with life-threatening and disruptive disorders related to alcohol.

Both alcoholism and alcohol abuse come with serious health disorders. Alcohol can worsen disorders, such as osteoporosis amongst many others. It can also result in the development of certain cancers. Alcohol, when abused, can make it really difficult to diagnose health issues like heart disease. This is so because alcohol has a way of affecting the circulatory system.

What are the symptoms of alcohol use, abuse, and alcoholism?

The very high alcohol concentration in the blood can cause the following symptoms:

Very high concentrations of alcohol in the blood can cause breathing problems such as coma and death.

Attempts to operate a heavy machine or drive while under the influence of alcohol should be avoided as much as possible.

Alcoholism has the following symptoms:

Alcohol abuse can present in any of the following ways:

Someone who abuses alcohol will find it hard to accept that he has a problem with alcohol abuse. He will even lie about the amount of alcohol he drinks.

But you can detect when they are abusing alcohol. People who abuse alcohol may start drinking often to the extent that their relationships at home, work or school become strained.

Who is at risk for alcohol abuse and alcoholism?

For some set of people, alcoholism and alcohol abuse can be traced to psychological and sometimes social factors. For instance, some people may resort to drinking copious amount of alcohol in an attempt to calm down in social settings. For some other persons, alcohol to them is a stress management therapy for everyday life.

Have you ever thought that alcoholism and alcohol abuse can run in families? But it actually does although the cause has not been arrived at yet. This has no correlation with genetics.

Alcohol abuse is believed to be very common at a particular point in people’s life. People that are going through tough times in their lives and college students for example will likely be at a very huge risk of abusing alcohol.

Alcohol abuse is also common with people who are:

Because alcohol tolerance level can rise progressively, alcohol abuse if not stopped, can graduate into alcoholism.

How are alcohol abuse and alcoholism diagnosed?

Alcohol abuse and alcoholism are two conditions that are diagnosable when they:

Alcohol abuse can be diagnosed subjectively. Family members and friends who are concerned about a loved one who is abusing alcohol might try to bring this to their notice.

When a doctor is seen, you will be asked questions that relate to your health history and drinking habits.

Blood tests will also be done on you to assess your overall health. The tests will focus more on parts of the body that get the most impact from alcohol. These parts are the liver, heart and the brain.

Most of the people who suffer from alcoholism will continue to drink in spite of the development of health issues arising from their drinking habits. A loved one might likely sight that the alcohol-dependent person has issues that need to be attended to. The person will hardly acknowledge such until the problem gets out of hand.

The person in question has to acknowledge that he has a problem that requires help otherwise he may never be able to receive help when offered.

The effects from alcohol abuse can be both long-term and short-term.

Alcohol poisoning can happen in the short term. Sexual dysfunction, heart diseases, brain damage, and liver damage can be associated with long-term consequences of alcoholism.

Withdrawal symptoms will develop when an alcohol-dependent person suddenly stops drinking. Some of these symptoms are:

Alcohol withdrawal when poorly handled can be a medical emergency. You should seek help if you experience:

If you are alcohol dependent and have a history of withdrawal symptoms, seeing a doctor should be your utmost concern. You should endeavor to see a doctor before you quit drinking.

How are alcohol abuse and alcoholism treated?

Most of the treatment goal for alcoholism and alcohol abuse is helping affected people learn ways on how to control their drinking challenges. Those who recover from alcoholism are told to stay away from alcohol completely. But the is alcohol abstinence can be a big challenge for people who are recovering from alcohol dependence.

Treating this category of people involves making them understand that they are alcohol addicts who need dire help. It will also involve making them be a part of a program that will make them become sober although this journey to recovery can be a long one.

Doctors most times will recommend medications that will be used in relieving withdrawal symptoms – cravings, vomiting, sick feelings etc.

Belonging to a local support group and getting professional treatment will increase your chances of recovering fully from alcohol dependence. Well- support group you can be a part of is the Alcoholics Anonymous (AA). You can find out the branch nearest to you if you are in the US.

What is the outlook for alcohol abuse and alcoholism?

Those who are dependent on alcohol as well those who are abusing it will likely have the following health issues:

Those who have undergone all the treatment there is to alcohol abuse or alcoholism aren’t altogether immune to having a relapse. Hence, caution should be taken by watching out for signs of relapse at any point in time. Continuing with the therapy and remaining in a support group for a very long period of time will help to minimize the risk of a release. 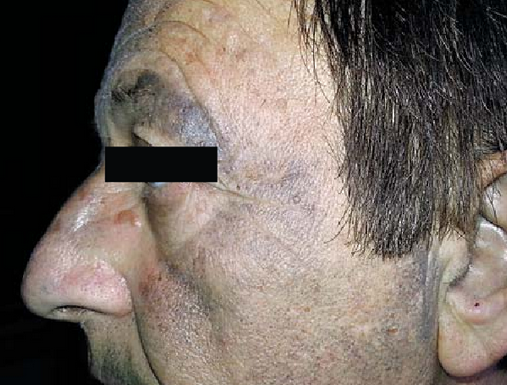 Lean Meat vs Fatty Meat: Which Should You Eat?