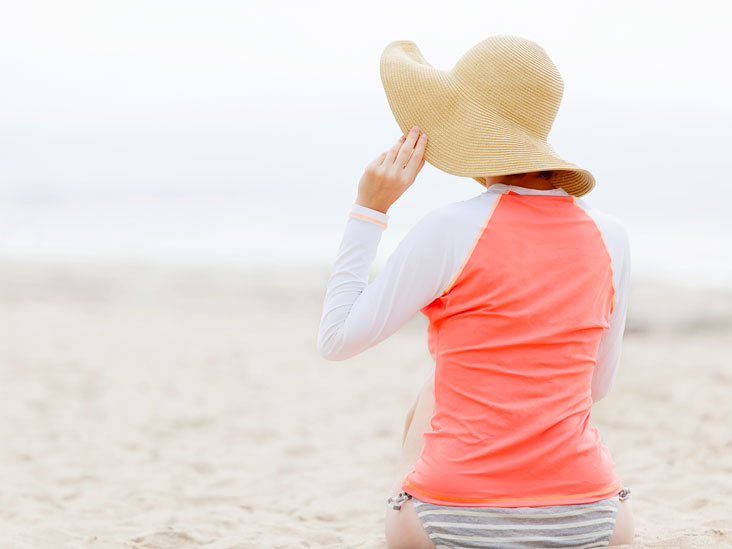 Photosensitivity is a condition characterized by high sensitivity to ultraviolet (UV) rays emitted from the sun and other sources. Prolonged exposure to sunlight increases the likelihood of developing sunburn.

The skin can also be affected following exposure to UV rays and even very little exposure can lead to sunburn or skin rashes in photosensitive people.

Photosensitivity can either be phototoxic or photoallergic depending on the chemical involved that will cause increased sensitivity to the sun.

This results from a reaction between the sun UV rays and a new chemical in the body. The chemicals can be from medications such as doxycycline, and tetracycline as they are notable causes of phototoxic reaction.

The resultant effect is the development of skin rash within 24 hours of exposure that looks like a severe sunburn.

These occur as a side effect of certain products or medications such as beauty products or sunscreen. It usually takes a few days after exposure before a rash develops.

Symptoms of photosensitivity can be mild, moderate, or severe.  The exposure time required for a reaction to occur varies in certain individuals. While some may require prolonged exposure before symptoms occur, just a little exposure may lead to a reaction in others.

The commonly seen symptoms include:

Photosensitivity occurs commonly as a side effect of certain medications. Medical conditions have also been implicated in the causation of photosensitivity.

Drugs such as some antibiotics, diuretics, and chemotherapy drugs can cause photosensitivity.

Medical conditions that can cause photosensitivity to include:

How is photosensitivity diagnosed?

The doctor gets a complete medical and drug history to make a diagnosis. History of sun exposure, development of rashes, and pattern of rashes will be gotten. A skin biopsy may be indicated in some people.

Once the symptoms manifest, treatment will be aimed at reducing pain and discomfort and reducing inflammation. Pain relievers can be gotten over the counter and inflammation can be reduced by the use of corticosteroid cream.

Some chemicals found in some products and medications are known to cause photosensitivity and so should be avoided but sometimes these products cannot be completely avoided.

How to prevent it?

The skin covering via the use of long-sleeved shirts, hats, and sunglasses will help to reduce symptoms in those with photosensitivity as it helps shield the skin thus preventing a reaction.

Cleaning your Groceries During The COVID-19 Pandemic: Here’s…

Tips to Help You Educate Your Parents About…