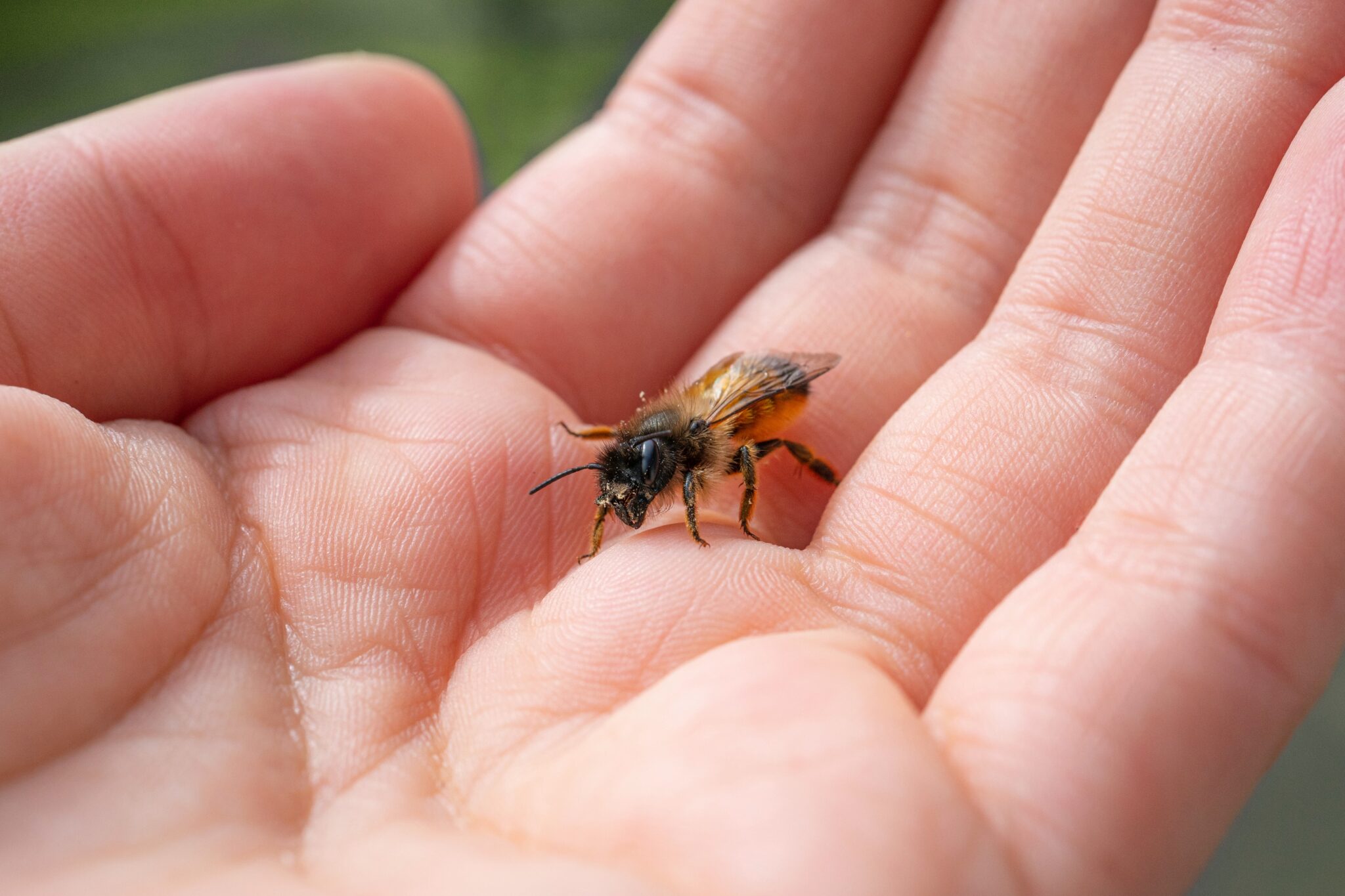 Overview of a wasp sting

Wasp stings are commoner in dry seasons because people tend to spend more time outside due to the warm weather. Recovery is fast although it can be very uncomfortable.

A wasp possesses a stinger it uses for self-defense. It is through this stinger that venom is being transferred to humans following a sting.

It is possible to experience pain and irritation even without a lodged stinger. Symptoms can be severe in people who are allergic to the venom and in such cases, adequate intervention is required.

Symptoms of a wasp sting

Symptoms vary based on response to the venom. Those who are allergic to the sting may develop major symptoms but the majority of people only manifest minor symptoms such as sharp pain, burning sensation, itching, swelling, or redness.

Large local reactions are mostly seen in people with wasp sting allergy. The symptoms seen include extreme redness and swelling of the sting area that persists for two or three days after the sting but it does not cause anaphylactic shock, other symptoms such as nausea and vomiting can also occur. Large local reactions are usually self-limiting though it may take about a week to resolve however, over-the-counter anti-histamine medications such as Benadryl can be used to lessen discomfort.

Anaphylaxis as a complication of a wasp sting

Anaphylaxis refers to an extreme complication of a wasp sting. It is seen when the body goes into shock in response to the wasp venom. Those who go into shock do so within a short period thus, it is necessary to seek medical care to treat anaphylaxis.

Symptoms of severe anaphylactic reaction following a wasp sting include:

You may not necessarily experience all these symptoms after a sting but you may experience some of them.

Those with a history of anaphylaxis should carry a kit around in the event of a wasp sting. This kit is called a “Bee sting kit” and it contains epinephrine injection that can be administered after a wasp sting. Epinephrine plays a vital role in fight and flight. It helps regulate the blood pressure, increases the heart rate and strength, and helps return respiration to normal. Anaphylaxis is a medical emergency that requires immediate intervention.

These can be treated at home by following these steps:

If the skin irritation is very uncomfortable, calamine lotion or hydrocortisone cream may be used. Skin soothers such as baking soda and colloidal oatmeal can be used during a bath or through medicated skin creams.

Pain relievers such as ibuprofen can be used too, and this can be gotten over-the-counter.

Antihistamine drugs such as chlorpheniramine and diphenhydramine can reduce itching but they should be taken as directed to avoid side effects.

A tetanus shot may also be necessary especially for people who have not received booster doses in the last 10years.

Vinegar can also be used as a home remedy. The likely mechanism of action is that it is thought to neutralize the alkalinity of wasp stings because of its acidic properties.

Simply immerse a cotton ball in apple cider vinegar or white vinegar and place it on top of the affected skin area. A little pressure can be exerted to help with the pain and inflammation. The cotton ball can be left on the skin for some minutes.

They are emergencies and so require immediate medical intervention. Insect sting allergies are commoner in adults.

For those who have had a history of wasp allergies, administer the epinephrine injection as soon as a sting occurs.

For those who are experiencing severe symptoms with no history of wasp allergies, administer epinephrine injection as soon as symptoms begin and call for medical help.

Treatment options for severe reactions include:

Insect stings caused either by wasp or bees usually present with similar symptoms although their treatment approaches are quite different.

During an attack, a bee only stings once before its stinger gets stuck in the victim’s skin whereas a wasp can sting multiple times without any harm to their stinger.

A bee sting can be removed within 30 minutes of a sting just by swiping the affected skin area. The associated inflammatory symptoms can be managed by the use of cold compresses and over-the-counter medication such as ibuprofen. Most bee stings are treated at home except for people who are allergic.

Following a bee sting, epinephrine should be administered and medical intervention sought immediately.

A wasp sting can occur at any time of one’s life including during pregnancy. Wasp stings are not bothersome except when there has been a history of a large local reaction or venom allergy.

Treatment modalities are almost the same for a non-pregnant individual except that certain medications such as anti-histamines that contain decongestants should be avoided.

A wasp sting in isolation has no effect on the fetus but a wasp sting accompanied by a severe allergic reaction can cause harm to the fetus. Ensure to seek medical care if you experience symptoms.

Toddlers are more likely to have wasp sting since they are unable to tell when they have been stung.

Every cry should be properly investigated and it is essential to be on the lookout for sting marks or symptoms.

Toddlers should be taught to avoid the nest of wasps, take safety precautions such as putting on footwear when outside, avoiding sugary drinks that were left outside as these can attract insects.

Very rarely, wasp stings can cause nervous system symptoms in children such as myopathy (muscle weakness), difficulty in speaking and writing, and abnormal pupillary dilatation.

These nervous system symptoms were a result of a blood clot that arose as a severe reaction to a wasp sting. The best way to prevent wasp sting is by avoidance. Allergy shots can be given as recommended by a doctor.

What are the Latest Advancements in Colon Cancer…