Teeth grinding, also known as bruxism, is a condition that occurs when one habitually grinds their teeth, mostly triggered by stress or anxiety.

It can cause other symptoms such as headache, jaw pain, and ear pain and can eventually lead to permanent tooth damage.

Bruxism usually occurs more at night and this type is called sleep bruxism while the kind which occurs during the day is called awake bruxism though this kind usually occurs subconsciously.

When bruxism occurs with no known cause, it is known as primary bruxism while that which occurs following a medical condition or as a side effect of a drug is called secondary bruxism.

Most cases of teeth grinding are triggered by stress and anxiety. It usually occurs subconsciously while one is asleep though there are other causes of bruxism and they include:

Bruxism can occur as a side effect of some medications such as antidepressants (selective serotonin uptake inhibitors such as paroxetine, sertraline), antipsychotics, and psychotropic drugs.

If your top and bottom teeth do not align properly, you may likely suffer from bruxism. Once the jaw problem has been corrected, the bruxism will likely resolve.

Some lifestyle conditions increase the likelihood of developing bruxism. They include excessive alcohol intake, use of recreational drugs, and tobacco intake.

Treatment of bruxism aims to relieve pain, prevent teeth damage, and limit clenching and grinding, as often as possible.

As stress and anxiety have been determined to trigger bruxism, it would be beneficial to practice stress-relieving techniques such as relaxation exercises and deep breathing exercises.

The side effects that result following bruxism can be well handled by the individual. Measures such as jaw muscles icing for pain relief, eating soft meals, and facial muscle relaxation are beneficial. Also, lifestyle modifications such as cessation of smoking and reduction of alcohol intake are beneficial.

A mouthguard is a painless appliance that aims to hold the jaw in a relaxed position thereby preventing clenching or further teeth damage. If you are still experiencing bruxism with your mouthguard, try another which fit more and will eventually resolve the bruxism.

Another possible modality that can be used when a mouth guard or splint fails is orthodontic adjustment either via surgery, or the use of braces to align the teeth properly. It should be noted that this modality is rarely used and may not resolve the teeth grinding.

Certain individuals have learned to stop bruxism by practicing relaxation techniques. Sleep bruxism will likely improve when day time bruxism has been controlled.

When teeth grinding is left untreated, several complicating symptoms can occur and they include:

Teeth grinding can be effectively managed by learning coping strategies to deal with depression and anxiety. This can be achieved via exercise, relaxation techniques, and speech therapy. Follow up visits to the dentist are essential as they can spot recurring bruxism before you notice it. 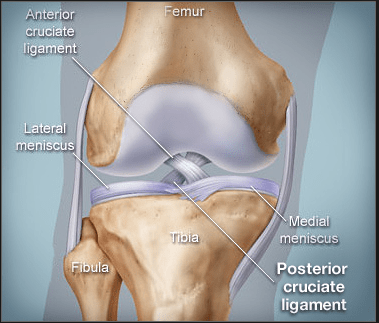