Unintentional weight gain occurs when a person puts on some weight without increasing food intake or decreasing physical activity.

Some medications can cause rapid unintentional weight gain, as a side effect. Most cases are harmless although some coexisting symptoms may point towards a medical emergency.

The possible causes of unintentional weight gain include:

Weight gain during pregnancy occurs because of the conscious effort of the pregnant woman to support the baby’s growth and she achieves this by eating more. Another way by which weight gain occurs during pregnancy is due to the baby’s weight, placenta weight, amniotic fluid, enlarged uterus, and increased blood flow.

Women that have been diagnosed with the polycystic ovarian syndrome may experience unintentional weight gain. Hormonal changes can occur in middle life and bring about a slowing of metabolism with subsequent weight gain.

Other possible causes of weight gain related to hormonal changes include hypothyroidism, increased aldosterone levels, and increased cortisol levels such as that seen in Cushing’s syndrome.

Weight gain during menstruation is usually due to changing levels of estrogen and progesterone. It causes periodic weight gain which may manifest as bloating and water retention around the time of period. The weight gain here does not persist, but rather subsides at the end of the menstrual cycle for a certain month and may likely reappear the next month when the menstrual period starts, and even till ovulation period in some cases.

Edema refers to fluid accumulation. Fluid retention can cause unintentional weight gain which makes the limbs, hands, face, and feet to swell. It is commoner among those with renal failure, liver problems, or as a side effect of certain medications.

Do well to see a doctor if you have unintentional weight gain especially if there is associated fluid retention.

The following medications can trigger this condition:

Symptoms vary from one individual to another. The common symptoms however include bloating of the abdomen, abdominal pain, or discomfort.

Edema of the arms, legs, feet, and hands could also occur.

Other possible symptoms which necessitate a doctor’s visit include:

When these symptoms occur alongside weight gain, they may be pointing towards a more serious condition.

For a doctor to be able to diagnose weight gain, he or she will take a detailed medical history and this involves asking about your symptoms, lifestyle, family history, etc. Further evaluation can be done by carrying out blood tests that check the hormone levels, the functionality of the kidneys and liver, and other health problems.

Where necessary, an imaging test such as an X-ray, ultrasound scan, CT scan, or MRI can be done.

Different treatment options exist for this condition and vary for different individuals because the treatment depends on the cause.

When weight gain is due to a hormonal imbalance, medications are prescribed to regulate the hormone levels. These medications depend on the hormones that are affected and they are taken over a long period.

When weight gain occurs as a side effect of a drug one is taking, the particular medication would be discontinued and an alternative sought. 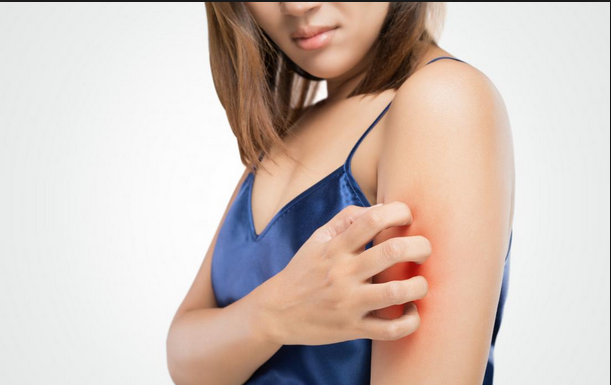 HOW TO CUT A PINEAPPLE