Oftentimes, we are not aware of the luxury we have until something goes wrong with.

Our body is that luxury with so much put into it that makes us really what we are. Just some point inside our neck, right down our Adam’s apple, is a great gland called the thyroid gland.

It produces secretions that are paramount in how energy is produced from food substances in our body once we take any meal as well as how they are regulated.

Some of the parameters that can be regulated by the thyroid gland secretion are respiration, heart rate, mood, and digestion.

The goiter can become bigger in volume perhaps due to some conditions. This is what is referred to as a goiter.

Anyone can have a goiter. Nevertheless, its prevalence is higher in women than in their counterpart – men.

The enlarged gland affects everything its secretion participates in.

This article will explain in details what causes goiter, the types of goiter, its diagnosis, and treatment.

THE TYPES OF GOITERS

Because goiters can be due to different reasons, they have been grouped into three:

A colloid goiter is usually an outcome of our poor dietary intake of iodine.

Without iodine, the hormones of the gland will not be able to be synthesized.

It has often been realized that most people who have this problem are residing in iodine-scarce areas.

This has been linked to medications use even when the actual mechanism is not yet known.

Lithium is chiefly the medication that has been found to trigger nontoxic goiter.

It is usually one of the medications used to help people who are going through mood disorders (i.e. bipolar disorder) to improve their health.

In nontoxic goiters, the swellings are not dangerous to the affected person as thyroid hormone production is not in any way affected.

A simple goiter can graduate into a multinodular goiter.

This section will answer the question “what causes goiter?”

Iodine deficiency is a major factor that causes goiters. Thyroid hormones cannot be produced without iodine. When iodine is insufficient, the gland is put under stress to produce hormone at all cost because, without it, so many things will go wrong in our body. It is the extra work that the thyroid gland is subject to that makes it grow in size.

Goiter can also be precipitated by the following:

This is a situation characterized by less production of the hormone of the thyroid. This is what is described as hypothyroidism and it has another name, Hashimoto’s disease.

When the pituitary gland senses low thyroid hormone, the quantity of thyroid stimulating hormone (TSH) that this gland release is in increased. It is what makes the cells of the thyroid gland to swell.

The thyroid can become inflamed. This is called thyroiditis.

Nodules make the cells of the thyroid to swell because they contain fluid.

They are not cancerous though.

Cancer of the thyroid, although not as common as the benign nodular goiter, has been found to also cause goiter.

Now you know what causes goiter. Let’s examine the risk factors for a goiter.

RISK FACTORS FOR A GOITER

Now that we know what causes goiter and the risk factors for goiter, let’s look at the symptoms of a goiter.

WHAT ARE THE SYMPTOMS OF A GOITER?

Conspicuous swelling on the neck is typical of goiter.

When nodules are present, the swelling becomes even more conspicuous.

Other goiter symptoms are:

HOW IS A GOITER DIAGNOSED?

To be diagnosed with a goiter, the doctor has to do the following;

Check the swelling on your neck: The doctor might want to have a feel of your neck to check whether nodules are present or not.

Carry out blood tests: These will detect the absence or presence of antibodies in the blood. Antibodies will be found in large amount in the blood in the event of an infection in the body. Also, the hormone level will be either high or low depending on the cause of the goiter.

Thyroid scan: This is to see into the thyroid in order to determine both its size and how it looks like.

Ultrasound: It is utilized for the purpose of creating images of how the thyroid looks like from inside – its size, the nodules (if present) and changes in thyroid tissues.

Biopsy: Ina biopsy, some tissues are extracted from the thyroid gland and then tested in the laboratory for possible defects.

HOW IS A GOITER TREATED?

It’s very important. We have learned what causes goiter. But how can this disorder be treated?

Treatment decision by your doctor will be based on goiter size, goiter condition, and goiter symptoms

What will also be factored in in the treatment modality is the presence or absence of another health condition.

Either hypothyroidism or hyperthyroidism goiter can be completely reduced in size with the right combination of medication therapy.

In the case of thyroiditis, anti-inflammatory medications, especially the corticosteroids, are mostly administered to minimize inflammation.

Surgery: This often comes to play when the goiter is nonresponsive to medication and has become excessively big.

Radioactive iodine (RAI) is particularly useful in treating toxic multinodular goiters. RAI is administered orally. It gets to its target organ, the thyroid, where the tissues that are in excess get destroyed.

Iodine intake is the crux here based on the goiter type. Its intake will hence either be increased or decreased as the case may be.

But when the goiter is inconsequential in size, it might not present any problem and hence have no need for treatment.

WHAT IS TO BE EXPECTED IN THE LONG TERM?

When goiters are well-treated, they usually reduce to normal size.

But some may still choose to remain large. It is often times advised that a doctor be contacted should symptoms persist and goiter remain big. This will cause more thyroid hormone to be produced, a condition already described as hyperthyroidism. 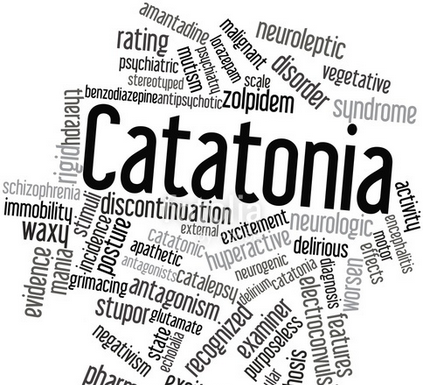