What causes boil? This question will be answered in today’s article.

Furuncle and boil are the same and mean the same thing.

Guess you have just learned that a furuncle is also a boil! Alright, let us take a close look at boils.

Boils or furuncles are simply outcomes of infections in our hair follicles and they are as a result of a bacterial or fungal invasion of our body system.

As you might have known, boils can break out in any part of the body, implying that hair follicles are spread across every part of our body and they hence can become infected.

Whenever foreign bodies, pathogens, for instance, invade our body, they begin to cause damage to our cells. But something really interesting happens when such an invasion occurs.

Our body has designed ways it detects what is likely a threat to our inner body parts. The white blood cells oversee the keeping of our internal body organs intact even when there is an invasion.

Once these pathogens get into our body, they announce their presence by their secretions. Our blood is that medium by which the secretions move from one part of the body to another. Once these secretions are detected by the white blood cells, they simply notify themselves through what is called cell-to-cell signaling. The next thing these cells do is to start migrating to the site where the foreign body is. Once they get there, they swift into action – fighting the ‘foreigners!’ In the process of doing this, some of the body cells that have been damaged and the foreign bodies are ‘eaten’ up in so that healthy body cells are not affected.

The outcome of this ‘fight’ between the defensive cells of our body and invading bodies eventually leads to what is called inflammation. And guess what? That furuncle we see on our skin is because of what those defensive cells have done in our body to protect our delicate internal cells from further damage.

Henceforth, I want you to see furuncles on any part of your body as a ‘victory trophy’ the white blood cells of your body won for you, salvaging your hair follicles, from the awful effects of invading pathogens.

A boil is simply battered (inflamed) hair follicles that are now appearing on the skin as a reddish, raised bump that can be filled with fluid or pus and this pus can rupture when ‘ripe’.

Although furuncles can develop on any part of the body based on the location of the infection, they are more common in the head region, especially the face and the neck.

The buttocks, thighs, and armpits are other areas furuncles can break out from. Soon, we will get to know what causes boil or furuncle.

SYMPTOMS OF A FURUNCLE

More often than not, furuncles start by appearing as ‘harmless’ (benign) pimples on the skin.

But as the defensive activities of the white blood cells increase and infections get worse, the furuncle will start increasing in size with consequent production of pain. They will also become hard. Dead skin and bacteria will also begin to build up in the skin.

Bacteria and dead skin cells may build up under the skin, forming pus. As the size of the boil increases, the pressure within it also increases. It is the rise in the pressure that eventually leads to the breaking up of the boil and the release of its fluid content.

For most of us who have had boils a couple of times, we will notice that the pain we feel at the site of the boil is usually at its peak just it ruptures. Once its content is released, the pain also dies down gradually.

When several boils form in the same spot of your body, they are referred to as a carbuncle. Unlike a single boil, carbuncles tend to produce chills and a fever.

So, what causes boil? The next section should let us know this.

This section will answer the question “what causes boil?”

Bacteria and fungi are the common cause of furuncles.

Staphylococcus aureus, also written as S. aureus, is the top bacterium that is responsible for furuncles. Because of the nature of this bacterium, furuncles are also referred to as staph infections.

S. aureus occurs naturally on our skin, without causing any harm. But this bacterium can find its way into our blood through our skin. Only when this happens does it become harmful to us.

The moment the bacterium finds its way in into our blood, those defensive cells (white blood cells or immune cells) are released in large quantities to launch an attack against the ‘bloody’ invader. The outcome of the attack to eliminate the bacterium is the boil.

Can you imagine what will happen to us if our immune system is not working well or is down? A boil can quickly develop and its ability to get healed will be extremely slow.

There are some serious medical conditions that can predispose us to develop furuncles. Diabetes and eczema are some of them.

Extremely close contact with someone who is already infected can predispose you to develop it.

Have you learned what causes boil? I’m sure you have.

In treating furuncles, seeing a doctor might not be needful except in rare cases where they refuse to rupture in spite of the pain caused by the pressure build up. This becomes an emergency if it exceeds two weeks. A normal furuncle should have ruptured and even healed up within this space of time.

Treatment strategy to handle complicated furuncles mostly involves means to enhance the release of their content and healing the affected tissue.

One way of making complicated furuncles to rupture is by applying a warm compression on them as many times as possible in a day. When furuncles eventually release their content, the warm compression should be continued to mediate fast healing and relief of pain.

Hands, as well as the skin area affected, should be thoroughly washed with antibacterial soap and warm water. This is to prevent the spread of the furuncle bacterium to other parts of your body.

If your boil refuses to rupture following several weeks with attendant pain that has also refused to subside, the doctor’s help should be sought immediately.

Your doctor will likely help to drain out the fluid in the furuncle manually with the help of sterile instruments after which antibiotics will be administered to you to deal with the infection.

Attempts to drain out the content of the boil by pricking, squeezing, or cutting it should be discouraged as any of these acts can predispose you to even more infections and serious scarring.

When furuncles develop, they often go away with little complications or medical intervention.

Nevertheless, there are rare instances where they can become really dangerous and complicated.

Sepsis is another way of describing ‘blood poisoning’. It is often the aftermath effect of an inflammatory response in the body and in this case, furuncle.

The brain and heart are organs that will mostly be ‘dealt’ with by sepsis as they are the most susceptible organs affected by any infection whatsoever. So, it will not be uncommon for these two organs to be infected, too.

MRSA is the shortened version of Methicillin-resistant Staphylococcus aureus.

It is an infection that works in pari passu with a boil, and most especially, its complication.

MRSA is a serious infection that will often resist the effect of the typical antibiotics used form the treatment of furuncles.

But the good news is that it has an antibiotic which it is ‘in love’ with. It is called vancomycin. Vancomycin handles MRSA well and it one prescription you cannot escape from your doctor.

Furuncles can be prevented with good personal hygiene. When a staph infection is present, it can be properly managed in such a way that it does not spread to other areas of the body or even to others. The following tips can do this well;

Dressing all open wounds be properly dressed with bandages.

See to it that bedding is disinfected in either hot water or bleach.

As much as possible, avoid contact with MRSA or Staph-infected people.

You’ve learned what causes boil and how to prevent it. We’re hoping that you wouldn’t have a problem with it ever again! 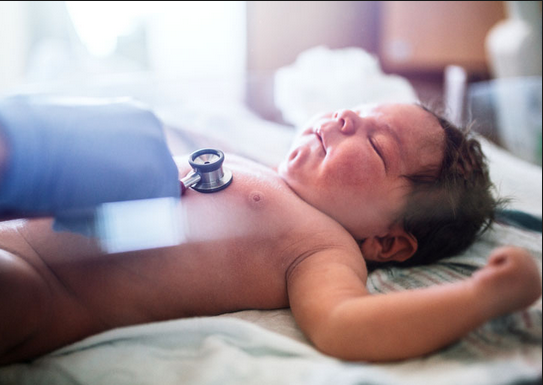 Why Facemasks Are Important in the Fight Against COVID-19

Abdominal abscess: Why am I experiencing Pains in my Tummy?