What is sunken chest?

Pectus excavatum is the Latin term for sunken chest. It describes a concave breast bone, which gives the chest a hollow appearance. This condition may present at birth or may develop later in life, especially during adolescence. It can also be called cobbler’s chest or funnel chest.

A 2016 research published in the Journal Pediatric Annals states that pectus excavatum happens to be the commonest chest wall abnormality in children and is familial as a third of children with the condition have a family member with the same condition although there is no recognized gene responsible.

It is thought to be caused by a developmental issue in the course of pregnancy. Normally, the ribs begin to fuse with the breastbone at 5 weeks in-utero but in pectus excavatum, this fusion does not occur thus leading to the characteristic sunken chest appearance.

According to the Annals of Cardiothoracic Surgery, it has a gender predilection for men as it occurs 4 times more in men than in women. When sunken chest occurs in women, it is more obvious.

The severity of sunken chest varies. When it is mild, it can cause problems with self-image. When severe, it can affect heart and lung function.

Most people with this condition will avoid activities that require body-baring such as swimming.

Diagnosis can be clinical where the doctor just looks and sees the sunken chest.

Other than the obvious defect, pectus excavatum can produce compressive symptoms because it presses on the heart and lungs. These symptoms include shortness of breath, chest pain, poor exercise tolerance, arrhythmias, and unusual fatigue.

To keep track of the sunken chest severity, a doctor can measure the chest and compare it over time.

Haller index is calculated by dividing the circumference of the rib cage by the distance from the sternum to the spine. The normal value is around 2.5 and a value above 3.25 is severe and may require surgical intervention.

Features of pectus excavatum in a baby include:

Pectus excavatum may occur in children as a component of the following syndromes:

Sunken chest is thought to be progressive, this means that the severity worsens as one gets older. Most people undergo corrective surgery during childhood but adults can also benefit from surgery.

Surgery is only indicated in adults when they experience symptoms such as shortness of breath or heart problems otherwise, they should consider other treatment modalities after seeing a doctor.

Treatment of sunken chest depends on the severity of the chest concavity. When severe with accompanying symptoms such as shortness of breath, surgery is usually the preferred treatment modality. Other treatments include breathing and posturing exercises.

Another modality of treatment is the use of a vacuum bell, this is a specialized pump that placed on the chest wall for at least 30 minutes, works by exerting negative pressure on the chest which will cause elevation of the chest wall thus reducing the occurrence of sunken chest.

It can be used in all age groups though it is not very effective for severe cases.

It is contraindicated in people with heart problems, bleeding disorders, and musculoskeletal disorders.

The magnetic mini-mover procedure is an experimental procedure currently being developed by doctors. Here, a strong magnet is implanted into the chest wall while another magnet is placed on the outside of the chest. The magnets produce strong force and remodel the breast bone and ribs, pushing them outward.

The external magnet is worn as a brace daily for some hours as prescribed by the doctor.

Example of exercises for sunken chest include:

Being physically active will also help. Engaging in sports and staying in shape will strengthen the heart and lungs and make symptoms less noticeable.

Surgery is indicated in severe cases of pectus excavatum where there are symptoms such as shortness of breath or arrhythmias. Surgery can also be done for cosmetic purposes.

The timing of surgery is usually after the adolescent growth spurt which usually occurs around the age of 10-15. However, the mean age for a sunken chest surgery is 13.5 years.

Surgical procedure may either be minimally invasive or invasive and they include:

It is an invasive surgery done by horizontally incising the chest wall to remove small rib cartilage thus resulting in flattening of the sternum.

With the alteration of the cartilage and bone, metal bars or struts may be used to hold them in place. Drains are then inserted on either side and the chest wall is closed.

Struts are intended to remain for as long as possible, although they can be removed.

Complications of the Ravitch procedure are minimal and hospital stay is usually less than a week post-surgery.

It is a minimally invasive procedure. It is a video-aided surgery that is done by making three incisions, one on either side of the chest just below the nipples and a third incision which serves as the entry point of the miniature camera which guides the surgeon when inserting a curved metal bar.

The bar is moved in such a way that it curves outwards upon insertion, this pushes the sternum outwards.

The second bar may be attached perpendicular to the first to help stabilize it. Stitches are then made over the incisions to close after attaching temporary drains near the incision site.

This method is non-invasive as it does not involve cutting or removal of bone or cartilage. The metal bars are removed during a clinic visit like 2 years after the surgery was done because the correction is expected to be permanent by then. The bars may be left indefinitely or can be left in place for 3-5 years.

This procedure is most effective for children who are still growing.

Complications due to pectus excavatum surgery

Surgical procedures have very good success rates but as with all surgeries, there are associated complications such as:

In the Nuss procedure, there could be a direct injury to the heart, it is severe but uncommon.

With Ravitch procedure, there could be resultant thoracic dystrophy causing breathing problems. This is usually prevented by carrying out the procedure after the age of 8.

Complications do not commonly occur from these surgical procedures though they have about the same severity and complication rates in both children and adults.

Gynecomastia is a medical condition in males that causes breast growth. Some males may opt for surgery for cosmetic reasons and sunken chest may just be an incidental finding.

Surgery is indicated for symptomatic cases.

Surgery is associated with a success rate. A doctor will evaluate a sunken chest to determine the best treatment modality. 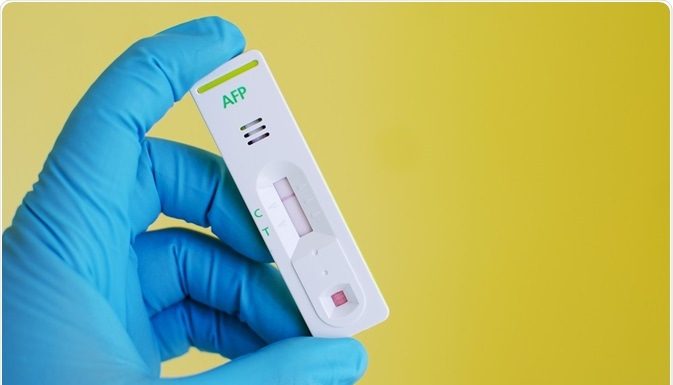