Opisthotonos is a postural abnormality that results from excessive muscle spasms. It is commonly seen in infants and young children because their nervous system is not well developed. Sometimes, it may be linked to a serious underlying medical condition and so adequate intervention would be needed.

The muscle spasms typically cause arching of the back and backward bending of the hands and arm with associated stiffness.

It can also occur in adults. The spasms occur suddenly and repeatedly.

Many conditions can cause opisthotonos. It can occur in Meningitis, Arnold-Chiari syndrome, Sub-arachnoid hemorrhage, Tetanus, and Adrenergic bronchodilator overdose.

This is a condition that occurs in children. It occurs when the brain protrudes through the bottom of the skull. It leads to excessive spasm in children who have hydrocephalus, a condition characterized by excessive fluid collection in the brain.

This is bleeding that occurs in the area between the brain and the surrounding tissue. It can be caused by injuries such as the widening of the blood vessel (aneurysm).

This can be contracted by body contact with animal dropping which contains the bacterium, clostridium tetani. It can be treated but can also cause mortality in those who have not been vaccinated.

This results from inhaling too many drugs. It can result from improper use of a bronchodilator as in cases of asthma or chronic bronchitis.

Other conditions that can lead to this overdose include brain tumors, seizures, and head injuries. It can also be seen in babies whose mothers abused alcohol during pregnancy although it is very rare.

When should you see a doctor?

For bronchodilator overdose, if you suspect that your child may have overdosed or if your child has symptoms such as difficulty in breathing, fast breathing, blue lips and fingernails, nausea, vomiting, convulsions, racing heartbeat, and dilated pupils then see a doctor. You can also call National Poison Control at 1-800-222-1222.

For subarachnoid hemorrhage, the likely symptoms include light sensitivity, visual disturbances, neck stiffness, nausea, decreased alertness, muscle ache in the neck and shoulder. The headache experienced here is very severe and can be described as the “worst headache of one’s life”. See a doctor if you experience any of this.

Treatment of opisthotonos depends on the cause.

Antibiotics will be administered for cases of bacterial meningitis. The viral form is self-limiting and is treated using over-the-counter medications, fluid therapy, pain relievers and bed rest.

When symptomatic or advanced, surgery is the best treatment modality as treatment depends on the extent of the malformation.

If there is hydrocephalus (excess fluid in the brain), a shunt can be inserted to drain the fluid and also let out some pressure from the brain.

Bleeding in the brain

Surgery will be required for a brain bleed as it helps to relieve pressure and prevent further brain damage.

Tetanus is managed by relieving symptoms as it cannot be cured. The treatment entails the following:

Supportive care may be required especially if breathing is affected, in such cases a ventilator would be used to aid breathing.

The overdose is usually countered by giving intravenous fluids.

The likelihood of developing opisthotonos can be reduced by taking adequate steps to prevent the possible causes.

It can be prevented by practicing good hand hygiene, staying far away from people that have the condition. Vaccines can also provide some sort of protection against meningitis.

Prompt treatment of aneurysms will reduce a child’s risk of subarachnoid hemorrhage.

Tetanus vaccines will help to prevent tetanus. Ensure that your child is fully immunized according to the schedule. 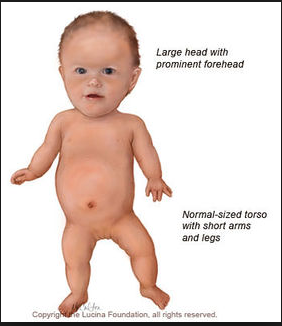