Should you be worried?

Most of the time, numbness in the hand is not reflective of an emergency situation that would necessitate a visit to the hospital.

Even though it isn’t common, hand numbness could be a sign of stroke. Ensure to seek medical attention immediately if you notice any of the following symptoms:

Early recognition and prompt attention will help avoid long-term complications and mortality thus, once you notice any of the symptoms, seek medical attention promptly.

Vitamin B12 is essential for nerve function. When the levels are deficient, it can result in tingling sensation or numbness of both hands and feet.

Additional symptoms that may result from B12 deficiency include fatigue, weakness, jaundice (yellowish discoloration of the skin and eyes), difficulty walking and maintaining balance, hallucinations, thought problems.

Nerve damage can result from certain medications that are used to treat some ailments. These medications include:

Apart from numbness and tingling sensation, these drugs could also produce an abnormal feeling in the hands and weakness.

Carpal tunnel is a slim canal that runs through the center of the wrist. In the middle of it is the median nerve. This nerve provides sensation to the fingers spanning the thumb, index finger, middle finger and some part of the ring finger.

Some activities done repeatedly such as typing or prolonged exposure to vibration from using hand or power tools can make the median nerve swell up and exerts pressure on it, this, in turn, tends to cause numbness together with tingling, pain, and weakness of the hand affected.

This happens when the blood vessels are occluded thereby restricting blood from getting to the hands and feet. The resultant effect is pain, numbness, and cold in the digits.

These symptoms are triggered by exposure to cold or when there’s some level of stress.

The spinal bones are separated by discs. These discs act as a soft cushion and as such, if a tear occurs in the disc, it means that these soft cushions are affected and this is referred to as a herniated, or slipped disc.

The injured disc can exert pressure on and irritate the spinal nerves, it can also lead to weakness of the limbs or painful limbs

The ulnar nerve runs from the neck to the hand along the little finger. It can get compressed or overly stretched at the inner aspects of the elbow. This condition is known as cubital tunnel syndrome.

This syndrome can manifest as tingling, majorly in the ring and little finger. Other symptoms may include pain in the forearm, weakness of the hand, mostly when the elbow is bent.

This is a certain kind of arthritis that happens to the neck discs due to years of wear and tear on the vertebra. The injured vertebra then exerts pressure on the nerves around it resulting in numbness of the upper extremity.

This condition is usually asymptomatic in some people while others may experience neck pain or neck stiffness.

Other possible symptoms include:

This is an inflammation of the epicondyle. When the lateral epicondyle is repeatedly moved such as that done during a tennis racket swinging it is called “tennis elbow”.  The repeated movement causes damage to the muscles and tendons in the upper arm thereby leading to pain and burning sensation outside the elbow although it is very unlikely to lead to any hand numbness.

Another variant is “medial epicondylitis”, a rare condition caused when the medial epicondyle is inflamed. It causes pain on the inside of the elbow, also causes weakness, numbness or tingling in the hands especially in the little finger and ring finger. Numbness in the hand will only arise if the swelling is significant enough to exert pressure on the ulnar nerve.

Cysts are fluid-filled cavities. Ganglion cysts tend to be situated at the tendons or joints surrounding the hands, wrist or foot. They can grow even above one inch.

When these cysts compress on a surrounding nerve, they cause numbness in the hand, pain or weakness.

Those who have diabetes have a problem with sugar control. Prolonged elevation of blood sugar levels can cause nerve damage referred to as “diabetic neuropathy”.

When the neuropathy is peripheral, it causes numbness in the extremities. Other possible symptoms include burning sensation, pins and needle sensation, weakness, pain, balance loss.

The thyroid gland is situated in the neck. It produces hormones that help regulate the body’s metabolism. When there is a disorder, it may either produce too much or too little of its hormones.

When low levels of the hormone are being produced and it is left untreated, it will lead to nerve damage that thereafter cause numbness in the hand, as well as weakness and tingling sensation in the hands and feet.

When alcohol is taken in small quantities, it would hardly cause problems but when it is taken in large quantities, it causes damage to body tissues and even the nerves. People who abuse alcohol often have tingling sensation and numbness in their hands and feet.

Other symptoms associated with alcoholic neuropathy include:

This is a muscle condition that leads to the development of trigger areas on the muscles. These trigger areas are very painful and sensitive. The pain felt sometimes radiates to other body parts.

Myofascial pain syndrome can also cause tingling, weakness, and stiffness of the muscles.

This is a condition that causes weakness and pains in the muscles. Its symptoms bear semblance with that of chronic fatigue syndrome hence, they are sometimes confused to mean the same thing.

People who have fibromyalgia may experience numbness and tingling in their face, upper limbs, and lower limbs.

This disease is caused by bacteria called borrelia borgdorferri. Deer ticks play host to these bacteria and can then transmit the disease to humans through a bite. When the disease is contracted, it starts out as a rash which is in the shape of a bull’s eye and also manifests flu-like symptoms including fever and chills.

SLE simply known as lupus is an autoimmune disease, this means that one’s body attacks their own organs and tissues. It leads to inflammation in many organs and tissues with the target organs being the joints, kidneys, heart, and lungs.

The symptoms are manifested intermittently and mostly depend on the body part affected.

The symptoms of SLE include:

HIV is a virus that attacks the immune system. It breaks down the body’s defense and without the right treatment, it will lead to massive destruction of the immune cells such that it is unable to protect itself against infections. This will be at the end stage of the disease (stage IV also called AIDS).

HIV and AIDS cause the destruction of the nerve cells in the central nervous system (brain and spinal cord). This can result in a lack of sensation in the arms and legs.

It is a lifelong condition as it has no cure although, with the right medical care and Highly Active Anti-Retroviral Treatment (HAART), life expectancy will almost be the same as with one who hasn’t contracted it.

This rarely causes numbness of the hand.

It is a condition, albeit rare that occurs when some unusual proteins known as amyloid bodies accumulate in the organs. Symptoms manifested depend on which organ is affected as it is a systemic disease. When the nervous system is affected, symptoms such as numbness or tingling in the hands and feet occur.

Multiple sclerosis is an autoimmune disease. Here, the immune system attacks the nerve sheaths and when prolonged, the nerves get damaged.

Symptoms depend on the nerve affected and their region of supply. The likely symptoms are numbness and tingling sensation. It is usually a one-sided sensory loss and the arms, face, or legs can lose sensation.

This is a condition that causes blood vessels to swell up and become painful. It is an inflammation of blood vessels and it makes blood perfusion to various organs and tissues to be reduced thereby leading to problems like numbness and weakness.

It is a rare condition that causes the immune system to attack and injure the nerves. It usually follows a viral or bacterial illness.

This damaged nerve manifests as numbness, weakness, and tingling that begins in the legs. It later spreads to the arms, hands, and face, more like an ascending neuropathy.

It, however, occurs rarely.

When should you see a doctor?

There are indications to see a doctor. Such instances include: 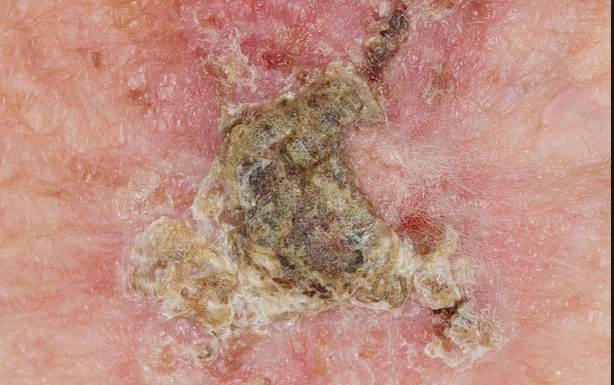