Many people will develop mouth sores in their life course as it is not a rare ailment.

These sores can be situated around the soft tissues of the mouth in structures such as the lips, cheeks, tongue, gum, floor, and roof of the mouth. Mouth sores may even extend to the esophagus, the tube just before the stomach.

Mouth sores are usually short-lived, lasting for only a week or two. Most times, it may just be a mild irritation but in other cases, it could denote a mouth cancer or even a viral infection such as the herpes simplex virus.

There are myriads of conditions that can cause mouth sores. They include:

Cold sore: These are reddened, tender, fluid-containing blisters that occur around the mouth and lips. One usually feels a tingling or burning sensation around the affected area even before the sore becomes visible. Other symptoms such as lymph node swelling, body pains, or low-grade fever may accompany the sore.

Anemia: This is a condition that occurs when the quantity of red blood cells is reduced such that there is a resultant impairment of oxygen transport throughout the body. Symptoms seen here include pallor, cold skin, feeling dizzy or lightheaded, hypertension or hypotension, increased heart or pulse rate, poor concentration, mouth sores. There are many causes of anemia and recovery may occur fast or over a prolonged duration, depending on the cause.

Gingivomatitis: This is an inflammation of the mouth and gums, commonly seen in children. It causes painful sores on the inside of the cheeks or gum. It appears red in the center and yellow on the outside. It can cause pain in children and the drooling of saliva, especially when eating. It also occurs with flu-like symptoms.

Infectious mononucleosis (IMN): This is commonly caused by the Epstein Barr virus and is commonly seen in teenagers and young adults. It presents with symptoms such as fever, swollen lymph nodes, generalized weakness, sore throat, headache, body pains, and night sweats. These symptoms can last up to 2months.

Canker sore: Also known as aphthous ulcers or aphthous stomatitis. They are usually small, tender, oval-shaped ulcers that are colored red, white or yellow, which are harmless and self-limiting. When recurrent, it may be a sign of another disease such as Crohn’s disease, celiac disease, HIV, or deficiency of a vitamin.

Folate deficiency: Folate is a B vitamin that plays an important role in DNA repair and embryogenesis. The commonest manifestation of folate deficiency is anemia and the symptoms include paleness, generalized weakness, dizziness, lightheadedness, tongue swelling, graying of hairs, mouth sores, and poor growth.

Oral thrush: This is simply a yeast infection that forms on the tongue and the inside of the mouth. It is commonly seen in infants but when seen in adults, it may denote a weakened immune system. It typically manifests as creamy, white bumps on the tongue, inside of the cheeks, tonsils or gums and it can be peeled off. Another symptom of oral thrush may just be dry, cracked skin at the sides of the mouth.

Leukoplakia: It is the presence of white patches on the tongue and lining of the mouth. These patches are thick, may be raised, and may have a hairy appearance. It is seen commonly in smokers, is often harmless and self-limiting. When severe, it may indicate oral cancer. Good oral hygiene and dental care will prevent it from recurring.

Mouth cancer: Mouth symptoms here include ulcers, non-healing red or white patches on the lips or inside the mouth. Any part of the mouth `can be affected, from the lips, cheeks, gum, roof, floor, and even the tongue. Other symptoms that may be present include weight loss, gum bleeds. Lymph node swelling in the neck.

Hand, foot and mouth disease: Commonly seen in children under the age of 5. Manifests as inflamed blisters on the tongue and gums. May also show as flat or raised spots on the palms, soles, buttocks, and genitals.

Oral lichen planus: This is a chronic inflammation of the cheeks, lips, gums, and tongue. Manifests as white, lacy, elevated tissue patches in the mouth which are bright red and bleed easily even while eating or brushing.

Celiac disease: Gluten is a family of proteins found in grains. In celiac disease, the immune system reacts abnormally to gluten and causes injury to the lining of the small intestine.  With the small intestine damaged, there is consequently decreased absorption of essential nutrients such as the B vitamins, vitamin D, calcium, and iron. Symptoms are those seen when the blood levels of these essential nutrients are low and they vary in severity between adults and children. Symptoms commonly seen in adults include weight loss, anemia, joint pains, bulky stools, skin rash, bloated, and mouth sores. In children, the common symptoms are weight loss, delayed growth, and puberty, chronic change in bowel habits, stomach pain, and yellowish discoloration of the teeth.

Pemphigus Vulgaris: It is an autoimmune disease that occurs rarely. It leads to the appearance of painful, itchy blisters on the skin and mucous membranes of the eyes, nose, mouth, lungs, genitals, and anus. Mouth blisters will lead to appetite loss because there will be pain with swallowing and eating.

Mouth sores in most cases manifest inflammatory symptoms such as pain and redness. A burning sensation may also be felt around the sore. Mouth sores can cause difficulty in eating, swallowing, drinking, talking or breathing, depending on the location of the sore.

Seek medical help if you experience the following symptoms:

Mouth sores can be caused by both major and minor illnesses. A mouth sore will develop if you:

The cause of canker sores is unknown and these sores are non-contagious. One is more likely to develop them if:

Other times, mouth sores can result from the following:

Diagnosis can be made by oneself. Ensure to see a doctor if you:

Mouth examination will be conducted by the healthcare provider and some tests may be further conducted if there is suspicion of cancer.

Minor cases are self-limiting and usually resolve within 2 weeks, though they could last up to 6 weeks. Some home remedies have been found to help hasten the healing process. They include:

If mouth sores are due to infection, the infection will be duly treated. Additional drugs that a healthcare provider may add include an anti-inflammatory drug, a pain-relieving drug, or steroid gel.

A biopsy would be taken in a case of mouth cancer and the treatment which may be surgery or chemotherapy will be determined thereafter.

It is not possible to prevent all types of mouth sores but some preventive measures will help decrease the likelihood of developing mouth sores and they include:

Mouth sores do not usually have long term effects.

When mouth sore is caused by cancer, the outcome depends on the type, severity, and treatment modalities used.

For herpes, the sores may reappear often. Some severe cases of mouth sores can cause scarring.

You are likely to have outbreaks if: 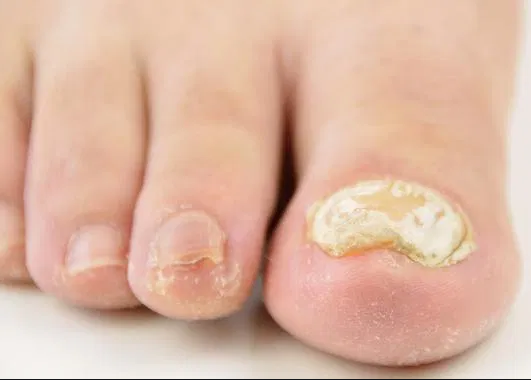 What is Teeth Grinding?