Clumsiness is a condition in which a person lacks coordination, behaves awkwardly, or bumps into things unnecessarily. While clumsiness is not a disease, it can result in serious situations like accidents which are capable of concussions or life-threatening injuries.

Some persons are occasionally clumsy and the situation is not worrisome. This can be corrected with cognitive behavioral therapy. Such a person is made to undertake exercises that help build increase awareness and brain processing abilities. However, if your clumsiness is sudden and if it interferes with your overall health, you should be concerned. It might be an indicator for a serious condition underneath.

Sudden clumsiness might result from distraction or inadequate awareness of one’s environment. Most times, an underlying health challenge might be the cause of sudden clumsiness. Following are some health conditions that predispose one to clumsiness.

Stroke: When a clot is formed in the brain, blood flow in the brain is hampered. Because there is a decrease in the amount of blood that flows into the brain, oxygen supply is also reduced. Brain cells die due to the unavailability of enough oxygen. At this stage, the person might lack proper coordination and begin to stumble. This is accompanied by numbness and weakness of the muscles, slurred speech, vertigo, pricking sensation in the arms and legs, and vertigo.

Anxiety and stress: Stress is capable of making one clumsy. When one is overly anxious or stressed, the nervous system can malfunction, causing a malfunction in the muscular movement. As a result of this, your hands may start shaking or your vision gets blurry causing you to bump unintentionally to people or things.

Seizures: A seizure is a sudden attack of convulsion. Seizures can be atonic, myoclonic, complex partial, or drop attacks. The first two can cause sudden tripping, but not clumsiness. Thus, not all seizures have a relationship with clumsiness.

Complex partial seizures can result in clumsiness. In this condition, the person stares into blankness during an activity. After the empty stare, the person begins to mumble, fumble or pick at things.

Complex partial seizures do not last for long, but the person will not remember the moment. This often happens repeatedly. Medical attention should be sought once there is a suspicion about seizure or epilepsy.

Drugs and alcohol: intoxication resulting from alcoholism or hard drug use can also cause one to be clumsy. This is because intoxication weakens brain functions and resulting in poor coordination of movements. Other symptoms associated with intoxication include slurred speech, puking, or a change in behavior.

Aging: Clumsiness can also arise as a result of advances in age. Research has shown that older adults tend to pay more attention to their body than to possible obstacles in their way. This might make them behave clumsily.

Sometimes, clumsiness starts as a mild, not so severe issue and gradually progresses to something severe. If this is the case, there is a need to seek medical attention to ascertain the underlying medical problem.

Brain tumor: If there is a growth on the brain, whether benign or malignant, there could be a negative impact on coordination and balance. Other associated symptoms are seizures, vision problems, severe headaches, numbness, etc. a brain scan or an MRI may need to be conducted to confirm the nature of growths on the brain.

Parkinson’s disease: A person with Parkinson’s disease experiences a problem with the central nervous system as well as an impairment of motor systems. At the early stages, the symptoms might not be severe, but hand tremors might be noticed. Other noticeable symptoms include:

Parkinson’s affects the central nervous system and can impair motor systems. Early symptoms can be subtle but may include hand tremors or hand twitching that can cause issues with coordination. Other signs and symptoms include sleeping troubles, loss of smell, a blank stare, etc. a proper diagnosis will enable the recommendation of the appropriate medication.

Alzheimer’s disease: Alzheimer’s disease is known for a slow and steady killing of brain cells. This results in memory loss, difficulty in finishing familiar tasks as well as lack of proper coordination. Note that one is not at risk of the disease until 65. Hence an early development of the symptoms mandates immediate medical attention.

Other possible causes of clumsiness include lack of adequate rest and sleep, exhaustion, arthritis, anti-depressants, etc.

Clumsiness in children: Normally, toddlers might not be well-coordinated when they are learning to walk or stand. Their attention abilities are still undeveloped. But if you feel that a lack of coordination in your child is not just about the age, you can seek medical attention for proper diagnosis.

Pregnancy and clumsiness: Bodily changes during pregnancy can cause some amount of poor coordination. Pregnancy increases the risks of a woman to stumble or bump into things. The hormonal changes, forgetfulness, and fatigue also contribute. The pregnant woman should ask for help or slow down when moving to avoid accidents.

Cognitive-behavioral therapy (CBT) is a good way to take care of clumsiness. If there are other symptoms, you need to get proper diagnosis and treatment for the underlying health issues.

You need to take enough rests and try to sleep better to aid a relaxed and controlled functioning of the central nervous system. 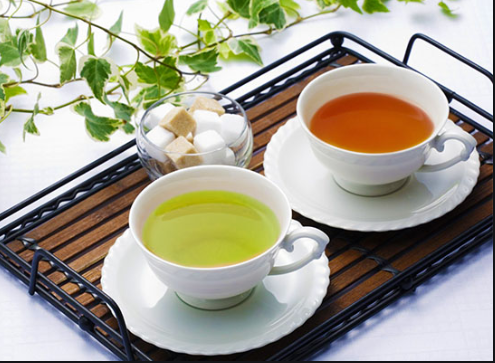 A Detailed Overview of Vitamins A, D, E & K