Overview of cleft palate and lip

If you have ever seen someone with either or both lips completely split, then you have seen what a cleft palate and lip is and looks like.

This split or what you can call an opening can either be small or large. In some instances, it can be large enough to extend to the nose in such a way that the face looks ‘funny’ and abnormal.

People with cleft lips are born with it. When a baby is still inside the womb, there are usually a lot of formations, developments, and closing of tubes. In cleft palate and lip, the tube from which the lip is formed refuses to close.

In cleft palate and lip, the palate can either be hard or soft based on the nature of tissue they are made of. The soft palate is found at the back of the mouth and it feels tender, in essence, soft. The hard palate, on the other hand, is found at the roof of the mouth, usually towards the front.

The Centers for Disease Control and Prevention estimated that a minimum of 7,000 babies born in the United States in a year has cleft palate and lip.

Symptoms of cleft palate and lip

One thing you will easily notice in someone with cleft palate and lip is the split lip.

When a baby with cleft palate and lips suckles, milk is likely to come out through his or her nose because of the alteration on the face especially in the region between the mouth and the nose.

Children with cleft palate and lip may also have dental issues like growing more teeth. It is equally possible for some teeth to be missing. It can be either way.

Another thing that cleft palate and lip can cause is infections in the middle ear and Eustachian tubes of the child. This can precipitate into loss of hearing because the tubes are especially involved in maintaining a pressure balance in the ear as well as control the amount of fluid present in the ears.

Speech problem is another feature of cleft palate and lip but more common in a cleft palate. When such a child talks, some nasal influence can be heard in his or her voice.

What causes cleft palate and lip?

Genetic alterations and environmental factors can make a child develop cleft lip and palate. A child whose parents have a trace of the gene for a cleft palate and lip is likely to inherit it.

The lifestyle of the mother during pregnancy is also critical to the health of the child and so it is with the development of birth defects.

Research has found that the following factors can influence whether a child will have a cleft palate and lip or not;

A cleft palate can manifest in two dimensions. One, as a single birth defect and two, as a sign of another form of a genetic disease, usually velocardiofacial or van der Woude syndrome.

To know if a baby has a cleft lip and palate even before he or she is given birth to, an ultra scan can be carried out. Ultrasound uses sound waves of very high frequency to produce the image of an unborn child. If the image shows some signs of the presence of cleft palate and lip, the doctor might want to go ahead to conduct some confirmatory tests. To do this, some amount of fluid called the amniotic fluid is collected for a test. The amniotic fluid baths the growing baby in the womb. The amniotic fluid can also be used to test for other genetic-related syndromes like van der Woude.

Treatment of cleft lip and palate

Different surgeries have been adopted to help people with cleft lip and palate. Aside from surgical procedures to close the opening, surgical procedures also exist to reconstruct the face should there be much severity of the condition which has altered the facial contour.

Also, most kids, because of how severe their cleft palate and lip is might find it hard to talk properly. In such an instance, you will have to arrange with your doctor for a speech therapy which may involve an orthodontist, an oral surgeon, and a plastic surgeon. The special need of these professionals in the treatment plan is dependent on the severity of the child’s cleft lip and palate

A cleft palate or lip can be fixed especially around the time the child is a year old or less. There are times that the repair might not be enough. Facial reconstruction will have to be done much later, most times in the child’s teenage years.

If you realize that your child has a cleft lip, you should make a conscious effort to talk to your doctor to discuss its repair and possible reconstruction. It is mostly advised that children with cleft lips undergo repair when they are as young as 10 weeks old and as old as 12 months old.

Before the doctor commences surgery on your child, anesthesia will be administered to him or her. This will be followed by bringing the tissues on both sides of the lips together surgically.

A cleft palate can be corrected surgically. This is usually good when a child is within the age of 6 months and 18 months. As a way of correcting this condition, the doctor ‘stitches’ the two parts together.

Coping with your child’s birth defect

In order to help your child who is born with a cleft palate, you should seek support groups for kids with similar conditions especially through the help of your child’s healthcare provider.

Being around such kids can boost the confidence of your child and make him or she realize that other kids are also being affected with this condition.

Furthermore, show unfeigned love to your child and affirm him that defects do not define who he or she is. 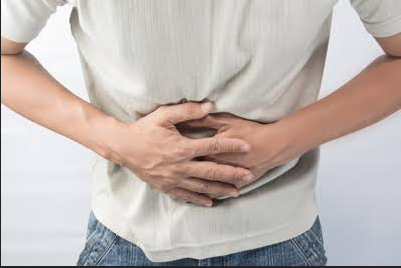