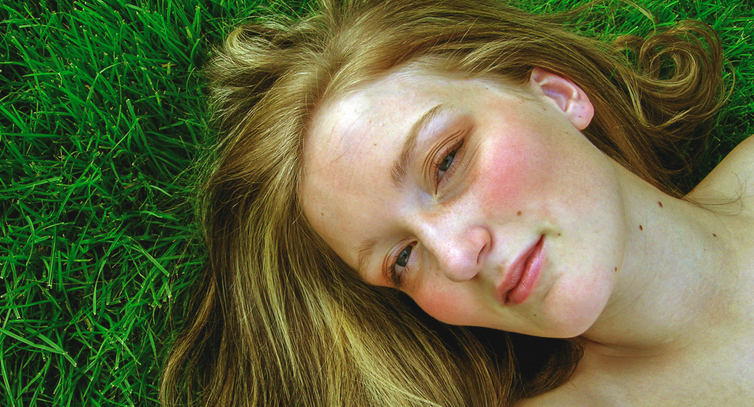 Apart from an organized and conventional language structure which is instinctive, another thing that differentiates humans from animals is the ability to respond to not just physical stimuli but also to both emotional and psychological stimuli.

This fact is made evident in our ability to easily react to emotional and psychological issues like anger, stress, embarrassment, and a host of other elements making up our emotional house. Interestingly, it is the display of one or more of these that medical experts have come to term as skin flushing or blushing.

By this, skin flushing can be conceptualized to mean one of those rapid reddening on our neck or face which is triggered by our emotional state and made obvious through solid patches.

How does skin flushing occur?

Blood is essential for the human body. The right proportion of it is what makes a great organism function well. The lack or excess of it brings about metabolic disorders leading to death.

In this light, medical research has shown that each time there increased flow of blood to a particular section of the human body especially the cheek, flushing is bound to occur. Whenever this happens the various blood vessels give way for easy passage and the effect of this blood passage via the vessels that bring about the flushing of the skin.

Causes of skin flushing or blushing

In recent time, flushing is said to have gone beyond the level of medical concern to the height of social worries. In all of these however, flushing is more of a medical issue with medical conditions like Cushing disease or an overdose of Niacin as the cause. Assuredly, extreme emotions can trigger redness in the face e.g. neck or face looking splotchy when you become deeply embarrassed or anxious.

Extreme anger, stress, or sadness may also trigger skin flushing. Crying also has a triggering effect for a red blotch on the face and neck. All of these emotions can also coincide with an acute increase in blood pressure. However, high blood pressure itself is not a cause of flushing, according to the American Heart Association. Hence, when there is a persistent occurrence of skin flushing or blushing, medical help is expedient.

Apart from the causes of skin flushing already mentioned, there are several other causes. One of such is Menopause. In layman terms, menopause is the stage where it is medically impossible for a woman to get pregnant. At this stage, it is said that sexual hormones production decreases just as the menstrual period stops. When this happens, such individual is bound to experience symptoms like vaginal dryness, hot flashes, difficulties in having sexual intercourse, insomnia, low libido, mood swing, depression and few others signs which may last for months or even years depending on who is involved.

Rosacea is another common cause of skin flushing or blushing. Rosacea is a chronic fading and relapse disease linked to the consumption of spicy foods, alcoholic beverages, stress, and intestinal bacteria like Helicobacter Pylori. A patient (women between the ages of 30 – 50) is said to have this disease when she exhibits symptoms like facial dryness, facial redness, skin dryness, and of course, raised red bumps.

Fifth Disease is another common cause. It is a kind of virus which is most likely to be found in children. It comes as red rash on the cheeks, arms and legs.

It is noticeable when a child has any or a combination of the following; fatigue, low fever, sore throat, runny nose, diarrhea, and nausea.

Agoraphobia may also lead to skin flushing. As we know, it is the fear of being in an open or public place. Like every other cause, it is also common with women. With this in view, somebody experiencing it may likely do things that might make them feel trapped, helpless, or embarrassed. Symptoms include dread, nausea, increased heart rate, chest pain, dizziness, trembling, sweating, chills, diarrhea, numbness, and tingling when exposed to a triggering situation.

Apart from Agoraphobia, scarlet fever is also a cause of skin flushing or blushing. This takes place after a strep throat infection and it is typically revealed by red rashes dominating an entire body and these rashes are made up of sandpaper-like bumps.

Similarly, there is Yellow fever. Yellow fever is a serious, potentially deadly, flu-like viral disease spread by mosquitoes. It’s mostly prevalent in certain parts of Africa and South America. It can be prevented with a vaccination, which may be required if you are traveling to endemic areas. Initial symptoms of the infection are similar to those of the influenza virus, including fever, chills, headache, body aches, and loss of appetite.

During the toxic phase of infection, initial symptoms may disappear for up to 24 hours and then return along with symptoms of decreased urination, abdominal pain, vomiting, heart rhythm problems, seizures, delirium, and bleeding from the mouth, nose, and eyes.

Again, there is Sunburn. This is a superficial burn on the outermost layer of skin. Symptoms include redness, pain, and swelling. Dry, peeling skin typically occurs after the first few days of sunburn. Grave blistering burns may occur after extended periods of sun exposure.

Hyperthyroidism is also involved in the incidence of skin flushing. Hyperthyroidism is a condition that occurs when the thyroid gland makes too much thyroid hormone. It’s caused by a variety of conditions including autoimmune disease, tumors, medications, excess iodine, or inflammation.

Pyelonephritis is similar to Hyperthyroidism. However unlike Hyperthyroidism, Pyelonephritis is a serious infection located in the upper parts of the urinary tract including the kidney. It’s treated with antibiotics. Common symptoms include fever, chills, body aches, nausea, vomiting, and pain in the abdomen, groin, or back. Cloudy or bloody urine, pain with urination, and frequent urination may also occur.

These severely painful headaches occur in clusters or cycles. Constant and deep burning or piercing pain occurs on one side of the head, but can switch sides. Cluster headaches are generally located behind or around the eye. Pain might as well spread to the nose, temples, teeth, nose, neck, or shoulders on the same side. A droopy eyelid, constricted pupil, excessive tearing, eye redness, sensitivity to light, swelling under or around one or both of your eyes, a runny nose or stuffy nose, and nausea are possible symptoms

Autonomic Hyperreflexia is also a driver cause of skin flushing. This condition is considered a medical emergency. Urgent care may be required. With this condition, your involuntary nervous system overreacts to external or bodily stimuli. It’s most commonly seen in people with spinal cord injuries above the sixth thoracic vertebra, or T6. It may also affect people who have Multiple Sclerosis, Guillain-Barre syndrome, and certain head or brain injuries. Symptoms include irregular or racing heartbeat, high blood pressure with systolic (high) readings often over 200 mm Hg, profuse sweating, flushing of the skin, confusion, dizziness, and dilated pupils.

Flushing often will not result in serious medical problems. Nevertheless, in some instances, a serious condition can be the underlying cause of flushing. In many cases, occasional flushing is more of a hassle than a medical concern. Taking preventive steps to address your flushing can be very helpful in reducing your symptoms. It’s important to talk to your healthcare provider about all of your symptoms.

Restricting yourself from high-stress situations may also help prevent flushing. If your flushing doesn’t subside, make an appointment with your healthcare provider.

Also, pinpointing your triggers can help prevent bouts of flushing. If your trigger is emotional for instance, flushing can become more prevalent if you don’t develop adequate coping skills to help manage your emotions.

Other definitive methods for preventing flushing include;

Reduction on the intake of Niacin to the daily recommended dose of 14 to 16 milligrams for adults, (unless your healthcare provider tells you differently). This is because taking more than 50 milligrams of Niacin can cause flushing. Employment of coping skills to regulate extreme emotions, such as anxiety.