Abdominal bloating or a bloated abdomen is triggered by a number of factors. These include but not limited to accumulation of gas in the gastrointestinal tract, food intolerance, ulcers, parasitic infection, constipation, and imbalanced intestinal bacteria (1, 2, 3, 4).

Peppermint is known scientifically as Mentha piperita. It has a proven track record of resolving abdominal disorders. Its flavor is cool and refreshing (6, 7).

Research involving animals and test-tube studies have shown that the activity of mast cells may be inhibited by phytochemicals present in peppermint. These phytochemicals are known as flavonoids. Mast cells are immune cells. They are present in large numbers in the gut and they play a role in bloating (7, 8).

Research (involving animals) have shown that peppermint has the potential to cause gut relaxation. Relaxation of the gut relieves intestinal spasms, bloating and pain (7).

As a plus, capsules containing peppermint oil helps to relieve bloated abdomen, abdominal pain, and other ailments that affect the digestive system (9).

The effect of peppermint tea on bloating has not been tested. A particular study, however, showed that one tea bag has a rich supply of peppermint oil, much more than that in peppermint leaf capsules. We, therefore believe that a bloated abdomen may be relieved by peppermint herbal tea(10).

Peppermint tea may be bought as a mono-ingredient or as a blend in herbal teas specially formulated for abdominal discomfort.

So how is peppermint herbal tea prepared? All you have to do is add a tablespoon of these leaves (roughly 1.5g), a tea bag, or 17g (3 tablespoons) of peppermint leaves (dried ones) to a cup of boiled water (240ml). Steep it for ten minutes, then strain.

The scientific name for lemon balm herbal tea is Melissa officinalis. Just as the name implies, it has a lemon scent, same with the flavor. It also has a minty taste, which is no surprise as it belongs to the mint family.

Lemon balm herbal tea has the potential to relieve bloated abdomen, gas, and other digestive issues – a fact that has been confirmed by the European Medicines Agency (11, 12).

Lemon balm is present in some important supplements especially Iberogast. Iberogast is a supplement that helps with digestive issues. It is sold in Europe, North America, and other places.

Lemon balm plays an important role in relieving constipation, abdominal pain, and other digestive issues. This is has been verified by a number of human studies (13, 14, 15, 16).

To prepare a lemon balm herbal tea, steep a tablespoon of dried lemon balm leaves or a tea bag in a cup of boiled water for ten minutes.

Scientifically, wormwood is known as Artemisia absinthium. This herb is green and makes tea with a bitter taste. If you are not a fan of bitter herbal tea, you can soften the bitter taste with honey and lemon juice.

Because of its characteristic bitter taste, Artemisia absinthium is used in formulating digestive bitters. Digestive bitters consists of spices and bitter herbs that plays a role in enhancing digestion (17).

Studies have shown that wormwood is also lethal on parasites, and parasites causes’ bloated abdomen (18).

Just like the others, the anti-bloating effects of pure wormwood tea has not been tested. There is need for further research.

Wormwood herbal tea may be prepared by dissolving a teaspoon of the dried herb in 240ml (one cup) of boiled water. Allow it to steep for five minutes and you are good to go.

Wormwood herbal tea is contraindicated in pregnancy. Why? Because it has thujone in it. Thujuone is compound that causes contraction of the uterus (the womb) (17).

The thick roots of the plant Zingiber officinale is used to make ginger tea. Studies have shown that ginger herbal tea has been used for centuries for the relief of stomach ailments including bloated abdomen (19).

Studies conducted in humans shows that a daily intake of 1-1.5g of capsules helps in the relief if nausea (20).

As a plus, ginger-based supplements enhances stomach emptying, reduces cramping of the intestines, bloated abdomen, stomach upset and gas (19, 21).

It is important to note that these studies were not done with the ginger herbal tea but with ginger capsules and liquid extracts. To say that there is for further research would absolutely be an understatement, but it is worthy of note that important phytochemicals like gingerols are present in this tea (22), and so a bloated abdomen may be tackled with these herbal teas.

To prepare the ginger herbal tea, add ½ teaspoon of coarse ginger powder or a tea bag of ginger powder in 240ml of boiled water. Allow it to steep for five minutes, and you are good to go.

If you are using fresh ginger, the use just one table spoon of sliced ginger in a cup of boiled water. The ginger should be placed in the cup for ten minutes, thereafter you strain.

Ginger has a characteristic hot flavor which may be stepped down with lemon and honey.

Fennel herbal tea is prepared with fennel seeds. Fennel is known scientifically as Foeniculum vulgare. Its taste is just like that of licorice.

Studies show that fennel has been used in the past for relieve from abdominal bloating, constipation and gas (23).

Animal studies have shown that fennel effectively treats ulcers. Relieve from ulcers in turn reduces the risk of abdominal bloating (3, 24).

Another factor that contributes to abdominal bloating is constipation. Fennel protects against sluggishness of the abdomen, which in turn resolves bloating (1).

This effect notwithstanding, there is still need for more research to verify the effects of fennel on digestive health.

If you are not a fan of tea bags, you may crush fennel seeds, use a teaspoon or two in a cup of boiled water (240ml). Allow it to steep for 15 minutes.

The gentian root is the root of the Gentiana lutea plant. The roots of this plant are thick and the flowers are yellow in color.

When eating it initially, the tea tastes sweet, but after, you will fell a bitter taste. Some folks prefer to mix some honey and chamomile tea in it.

Gentian root has always been used in ayurvedic medicine for formulation of herbal teas to help relieve bloated abdomen, gas, and other disorders of the digestive system (26).

Also, extract from gentian root is used as an ingredient in digestive bitters. Phytochemicals in the gentian plant are very bitter – they include flavonoids and iridoids. These bitter compounds enhance the release of digestive hormones and bile which helps to digest food, and, relieve bloating (17, 27, 28).

The gentian root extract us yet to be tested in humans. It is contraindicated in ulcer because it increases the acid level in the stomach. It is therefore important to conduct further research on this herb (28).

Gentian root herbal tea may be prepared with ½ teaspoon of dried gentian root mixed in a cup of boiled water. Allow to steep for ten minutes.

Chamomile is known scientifically as Chamomillae romanae. It belongs to the daisy family. This herb has white flowers, of a characteristic small size that looks like small daisies.

Chamomile has been used traditionally for the treatment of gas, nausea, ulcers, vomiting, and indigestion (29, 30).

Studies involving animals have shown that chamomile prevents infection by Helicobacter pylori, the bacteria that is known for causing stomach ulcers, accompanied by a bloated abdomen (30, 31).

Just like lemon balm, chamomile is also an important component of Iberogast. Studies have shown that it is very effective in relieving ulcers and abdominal pain (14, 32).

However, these effects need to be confirmed with human studies.

Flowers of the chamomile plant are rich in beneficial phytochemicals such as flavonoids. Before buying the tea, check to be sure that it is made from the head of the flower and not the stems and leaves (31, 33).

To prepare chamomile tea, add a tablespoon of dried chamomile to 240ml (a cup) of boiled water, and allow it to steep for ten minutes.

Like the others, extract of the angelica root is present in Iberogast and other digestive products. The bitter components of this herb enhances the release of digestive juices which in turn boost digestion (34).

However, there is still need for further research on this subject.

Users are advised that angelica root herbal tea is contraindicated pregnancy – due to the fact that there is no adequate information on its effects. Be sure to consult your physician before using any herb while pregnant, or while breastfeeding (35).

Angelical herbal tea may be prepared by mixing a teaspoon of the dried angelica root in 240ml of water. Allow it to steep for five minutes.

So what’s the summary?

A bloated abdomen can be reduced with herbal teas. Digestive upsets may also be relieved with these herbal teas.

Research has shown that lemon balm, peppermint, angelical root etc. help to relive bloated abdomen. However, research must be done on the individual teas.

You can try an herbal tea today. 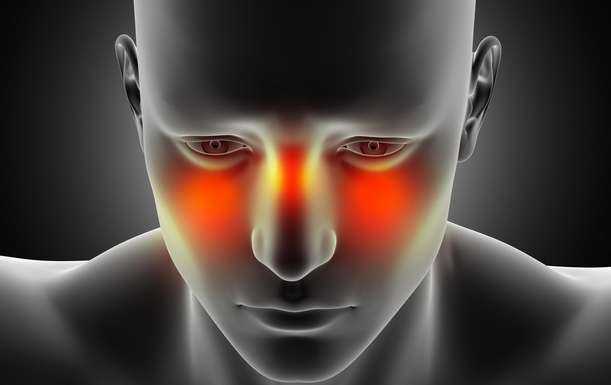