If there is anything the rapeseed plant is known for, it is its golden-yellow flowers that bloom in the summer.

The rapeseed plant belongs to the cabbage family and has a close relationship with the mustard and the turnip.

This article reviews the nutritional facts about rapeseed oil, as well as its benefits and downsides.

Production and uses of rapeseed oil

Most of the world’s supply of rapeseed oil comes from Canada, closely followed by Germany. It is important to note that the word “canola” is coined from “Canada” and “oil” (1).

What’s the difference between rapeseed oil and canola oil?

The industrial version is used in the chemical and automotive industries. On the other hand, the culinary version is only used for cooking. Both varieties differ greatly due to their genetic composition and presence of erucic acid, which is toxic to your health in high amounts (1).

It is only called canola oil if its erucic acid level doesn’t exceed 2%. If the reverse is the case, then it will be called “rapeseed oil.” But then, most of the varieties in supermarkets are canola oil (1).

The oil is pure. This means that it doesn’t contain any carbohydrates or proteins. However, it is rich in healthy fats and vitamins.

A tablespoon of canola oil, which is roughly 15ml provides (2):

Rapeseed oil is a very healthy source of vitamin E. vitamin E is a potent antioxidant that boosts eye and skin health (3, 4).

It is also rich in alpha-linolenic acid, an omega-3 fat. Alpha-linolenic acid converts into docosahexaenoic and eicosapentaenoic acid in the body. A diet that contains much of these fats will be beneficial to the heart (6).

The good news is that rapeseed oil has an omega-3 to omega-6 ratio of 1:2, which is ideal for good health (7).

Studies have been carried out on the effect of rapeseed oil on blood cholesterol. However, the results are mixed. A recent analysis found that consuming canola oil regularly caused a drastic reduction in LDL and total cholesterol levels, and this helps prevent heart disease (8).

Rapeseed oil may be controversial but it does have some benefits.

This oil has a high smoke point, and so you can cook it too high temperatures. What this means is that it won’t burn until it reaches a threshold of 2040C or 4000F. Smoking starts at this point. The fat molecules break down and give rise to toxic compounds at this point (9).

Because rapeseed oil is highly refined, most of its free fatty acids and impurities have been removed, and so its smoke point becomes higher than that of other oils (10).

So, it becomes suitable for pan-frying, sautéing, deep-frying, baking, and other forms of high-heat cooking (9).

It has a very mild flavor and is versatile

Rapeseed oil is flavorless, and so you can easily use it for various culinary applications. Also, you can serve it cooked or at room temperature (10).

It is great when used in dips, salad dressings, and baking, as well as deep-frying or pan-frying even when you don’t add any extra flavor to your dish.

Rapeseed oil is cheap because of its global production (11).

Depending on your locality, you can buy a gallon for less than the price of olive oil at the same volume.

Extra virgin olive oil and other higher quality oils are more expensive because of their delicate processing techniques. Also, they have a shorter shelf life (11).

It has many benefits, but this oil is also controversial in some way.

Below are some of the potential downsides of consuming rapeseed oil.

It is genetically modified

Most of the oils you see in grocery stores are genetically modified.

Growers modify the genes of the rape plant so that they can become resistant to pests, and also produce larger yields. Thus, they end up creating affordable products without very little waste (12).

This may appear beneficial in some way, but there are concerns about the health effects of genetically modified food, particularly antibiotic resistance, allergies, and cancer (12, 13).

Also, some religions and cultures do not permit the consumption of genetically-modified (GM) products. They think it is an unnatural form of food.

However, several studies show that GM foods aren’t bad and in fact, do not affect the health negatively. Because these foods are created with new technology, more long-term research must be conducted (12, 13).

However, if you are not comfortable with GM foods, ensure you buy oil that has been certified organic by the USDA or has GMO-free labeling.

It is highly processed

The oil is “cleaned” with the help of hexane, a chemical solvent. After the cleaning, the oil is passed through a water filtration process to flush out the gums, free fatty acids, and the colors (10, 14).

The process appears to be a safe one, but it reduces the free fatty acid and vitamin E content of the oil, thus reducing its health benefits. Heavily processed oils also contain a lot of omega-6 fats, and heavy consumption may lead to inflammation (10, 14, 15). A suitable alternative to highly processed rapeseed oil would be the cold-pressed version. This processing method retains most of the oil’s nutrients. But it is somewhat difficult to find it in supermarkets. They’re mostly available online (14). 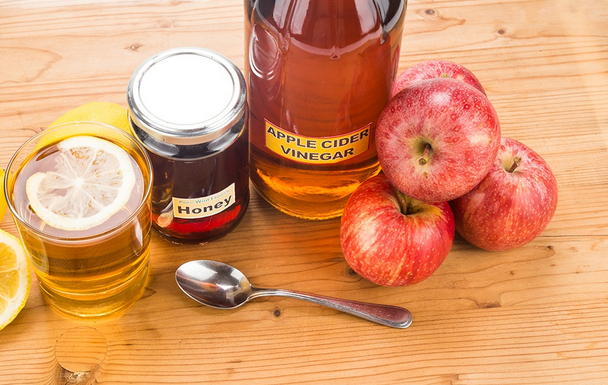