A person’s weight is controlled by his or her hormones.

Studies have shown that hormones have a great influence on your appetite and the amount of fat in your body (1, 2, 3).

Your pancreas produces insulin. The beta cells of your pancreas secrete this hormone in small amounts throughout the day. The hormone is secreted in larger amounts after meals.

Insulin enhances the uptake of blood sugar by your body cells. The sugar can then be used for energy or stored depending on the requirement at the time.

Insulin also serves as the major fat storage hormone in the human body. It signals fat cells to store fat and also prevents the breakdown of fat that has been stored.

Insulin levels also increase when a person eats too much sugar, fast foods, and refined carbohydrates (7, 8, 9).

The hormone leptin is produced by fat cells in the body.

Leptin acts as a “satiety” hormone. This means that it reduces your appetite and makes you feel full faster.

Leptin also works as a signaling hormone by sending signals to the hypothalamus. The hypothalamus is the part of the brain that regulates food intake and appetite.

Leptin signals and informs your brain that you have enough fat in storage, and so there’s no need for more. This information is what helps you to not overeat.

Obese or overweight people have a lot of leptin in their blood. A particular study found that obese people had 4 times more leptin than people with normal weight (31).

If leptin can control appetite, then logically, people who are obese should be able to eat less and lose weight.

However, the leptin system malfunctions in obese people. It doesn’t work the way it should – and this condition is known as leptin resistance.

In cases where leptin signaling is impaired, the satiety signals don’t get to the brain, and so, it doesn’t realize that you’ve got adequate energy levels (32, 33).

Thus, your brain assumes that your body is starving, and so it pushes you to keep on eating.

Weight loss also causes a reduction of leptin levels, which is the major reason why long-term maintenance of weight loss is hard. The brain assumes that you are starving, and so triggers more intake of food (34, 35, 36).

The following tips can help to improve insulin sensitivity:

Another name for ghrelin is the “hunger hormone.” Ghrelin is released by your stomach whenever it is empty. The ghrelin then sends a signal to your hypothalamus informing you that you have to eat (49).

In normal circumstances, ghrelin is always at very high levels before eating, and at very low levels about an hour after meals.

The case is a bit different in obese and overweight people. They have lower fasting ghrelin levels than people with normal weight (50, 51).

Results from several studies have also shown that ghrelin levels in obese people decrease slightly after a meal. As such, the satiety signals sent to the hypothalamus aren’t as strong as they should be, thus resulting in overeating (52).

The following tips can help to improve ghrelin function:

The hormone cortisol is produced by the adrenal glands.

Cortisol is known as a stress hormone because it is released under stressful conditions.

Cortisol is vital to survival. But it is also important to note that high levels of cortisol can cause overeating and weight gain (59).

Studies suggest that women who carry excess weight in the middle may secrete a higher amount of cortisol during stress (60, 61).

But then, a strict diet can also cause an increase in cortisol levels. In a particular study, women who ate a low-calorie diet had higher cortisol levels and experienced more stress than those who took a normal diet (62).

With the following strategies, you can reduce your cortisol levels:

It is important to note that hormones work together to decrease or increase fat storage and appetite.

If the system isn’t working as it should, you may have persistent weight problems. The good news is that lifestyle and diet changes can have very potent effects on these hormones. 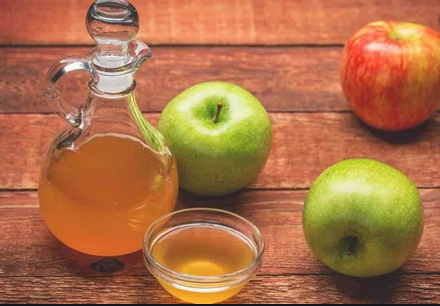