MCT oil vs coconut oil? Yes! Welcome to an article that explores the differences between these two.

Although they may have some overlapping characteristics, both oils contain very different compounds, so their uses and benefits are unique.

This article explains in detail the differences and similarities between coconut oil and MCT oil and the specific goals that you can achieve with each.

AN OVERVIEW OF MCTs

Medium-chain triglycerides are a form of saturated fat.

They occur naturally in many foods, such as palm kernel oil and coconut oil, and also in dairy products like cheese, yogurt, and milk (1).

A triglyceride is made up of one glycerol molecule, and three fatty acids. These fatty acids consist of carbon atoms linked in chains of varying lengths.

Most of the fatty acids that make up triglycerides are long-chain. This means that they consist of more than 12 carbon atoms (2).

Contrastingly, the fatty acids that are present in medium-chain triglycerides have a not-so-long length. They have between 6 – 12 carbon atoms (3).

The uniqueness of MCTs arises from this difference in the fatty acid chain length. On the other hand, dietary fats, such as nuts, seeds, avocado, olive oil, and fish, are made up of long-chain triglycerides.

Because of this, medium-chain triglycerides can get into your liver straightaway, where they are digested and absorbed in a most rapid manner. After digestion, they may be used for energy or converted into ketones.

Ketones are a byproduct of excess fat breakdown by the liver. The body can use ketones for energy instead of sugar or glucose.

What’s more? The likelihood of your MCTs being stored as fat is very low and so may enhance weight loss compared to other fatty acids (5).

There are four types of MCTs. They are listed below in order of chain length, from the shortest to the longest (6):

Some authorities define medium-chain triglyceride fatty acids as those with a length of 6 – 10 carbon atoms rather than 12. The reason for this is that lauric acid is categorized as a long-chain triglyceride because its digestion and absorption is much slower compared to other MCTs (7, 8).

While they may share some similarities, MCT oils vs coconut oils also have several differences, namely the type and proportion of MCT molecules they contain.

It is very concentrated, with 100% MCTs.

MCT oil is produced by refining palm oil or coconut oil to extract other compounds and then concentrate the naturally occurring MCTs found in the oils (9).

It is also worth noting that coconut oils contain unsaturated fats and low-chain triglycerides.

Lauric acid acts like an LCT in terms of its slow digestion and absorption. Researchers have suggested that coconut cannot be considered an MCT oil due to its high lauric acid content (7).

The high consumption of fat and low carb intake causes your body to switch to a state of nutritional ketosis, in which the body burns fat for fuel instead of glucose.

The proportion of ketogenic MCTs in MCT oil is higher than that in coconut oil. Coconut oil, on the other hand, has the largest concentration of lauric acid, the least ketogenic MCT.

It is also worth noting that MCTs may decrease the time that the body takes to attain nutritional ketosis and its associated symptoms, like fatigue and irritability, compared with long-chain triglycerides (12).

Some studies have shown that MCT oil may facilitate fat loss by boosting metabolism and enhancing greater feelings of satiety compared with LCTs and coconut oil (13, 14, 15, 16).

Even though coconut oil may not have the same weight loss or ketogenic properties as MCT oil, it does have other benefits and uses (17, 18).

There’s no better cooking oil than coconut oil. It is very good for pan-frying and stir-frying due to its high smoke point.

The smoke point of cooking oil is the temperature in which fat oxidization begins. It has a negative effect on the nutritional content and taste of the oil (19).

Coconut oil contains a load of lauric acid. This makes it very beneficial for skincare and beauty (21).

For instance, lauric acid has very potent antibacterial properties that have proven effective in the treatment of acne (22, 23).

Research has also shown that coconut oil improves the symptoms of eczema (atopic dermatitis) when applied to the areas affected (24, 25).

Coconut oil also has skin-hydrating properties that help with the treatment of xerosis, a skin condition that causes dry and itchy skin (26).

ANY RISKS TO BE CONSIDERED?

Generally, the body can tolerate coconut and MCT oil when taken in moderate amounts (27).

Excessive consumption of coconut or MCT oil is associated with abdominal bloating, cramping, discomfort, and diarrhea (6).

If you want to use MCT oil as a supplement due to its weight loss and ketogenic properties, you can begin by taking a tablespoon (15 ml) daily and increase based on your tolerance level to a max dose of 4 – 7 tablespoons (60 – 100ml) (6).

You can easily mix your MCT oil with a variety of foods like sauces, smoothies, hot cereals, soups, tea, and coffee.

We’ve successfully done justice to MCT oil vs coconut oil. Both oils are very beneficial but have different uses.

MCT oil is 100% concentrated with MCTs and is very effective at weight loss and energy production, especially for those on a keto diet. On the other hand, the MCT content of coconut oil stands at 54% or thereabout. It is most useful as a cooking oil and can also be used for the treatment of some skin conditions, and for beauty applications. 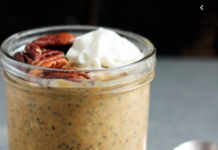 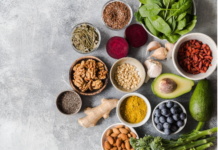 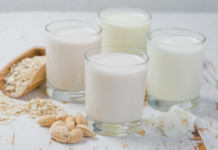 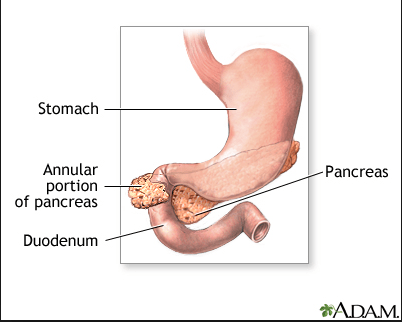