Carbonated water is a unique and refreshing beverage. It also doubles as one of the best alternatives to sugary soft drinks.

But some people fear that carbonated water might be injurious to the health.

In this article, we will examine the health effects of carbonated water in detail.

What is carbonated water?

Carbonated water is simply water that has carbon dioxide infused into it under pressure.

Some salt is usually added to carbonated water to make them taste better. Other minerals are also added in small amounts.

Carbonated water is quite different from natural mineral waters, like San Pellegrino and Perrier.

Tonic water is another form of carbonated water. However, it contains quinine, a bitter compound, along with high-fructose corn syrup or sugar.

When carbon dioxide is infused into water, they both react chemically to yield carbonic acid. Carbonic acid stimulates receptors in your mouth, just as mustard does.

The simulation results in a prickly, burning sensation that can be enjoyable as well as irritating (1, 2).

Carbonated water has a pH of 3-4. This means that it is slightly acidic.

It is important to note that drinking carbonated water won’t increase your body’s acid content.

Your lungs and kidneys are responsible for flushing out excess carbon dioxide. The acid-buffering action of the lungs and the kidneys helps to keep the blood pH at a slightly alkaline level of 7.35 – 7.45 regardless of your diet.

Does carbonated water affect the teeth?

Many people tend to be concerned about the effect that carbonated water may have on their teeth. Of course, this is understandable, as your enamel makes direct contact with acid.

Very few studies have been done on this subject, but results from a particular study showed that sparkling water may cause slightly more damage to the teeth than still water. Also, a sugary drink was found to be 100 times more damaging than mineral water (3).

In another study, carbonated beverages were found to be destructive to the enamel if laced with sugar.

It is worth noting that Gatorade, a non-carbonated sweet drink was more harmful to the teeth than Diet coke (a carbonated sugar-free drink) (4).

In another study, samples of tooth enamel were placed in various beverages for 24 hours. The sugar-sweetened beverages (both carbonated and non-carbonated) caused wore out the enamel more than their diet counterparts (5).

A review of some studies found that a combo of carbonation and sugar may cause severe decay of the teeth (6).

But it is worth noting that plain sparkling water doesn’t cause much harm to dental health. More of the harm comes when sugar is added (7).

If you have fears about your oral health, then you’re better off drinking carbonated water with a meal. After every drink, you can also rinse your mouth using plain water.

Does it affect digestion?

Carbonated water is beneficial to digestive health in several ways.

It improves your ability to swallow

Studies have shown that sparkling water can improve a person’s ability to swallow – this applies both in young and old adults (8, 9, 10).

In a particular study, 16 subjects, all healthy, we’re asked to swallow different types of liquids. Carbonated water had the best ability to stimulate the nerves that control swallowing (9).

In another study, it was observed that a combination of carbonation and cold temperature made the effects more potent (10).

In a study involving 72 subjects who always felt the urge to clear their throats, intake of ice-cold carbonated water caused drastic improvements in 63% of the participants. The greatest relief was felt by those who had the most severe, and frequent symptoms (11).

May increase feelings of satiety

Carbonated water can make a person feel fuller, and for a longer time after meals compared to just plain water.

Sparkling water increases the time that food stays in the stomach, which can make a person feel fuller (12).

In a controlled study involving 19 young women, all healthy, it was discovered that the participants felt fuller after drinking 8 ounces of soda water (equivalent to 250ml), compared with after taking still water (13).

But then, there’s still a need for larger studies to confirm these results.

People who are constipated may find relief from drinking sparkling water.

In a 14-day study involving 40 stroke patients, the group that drank carbonated water experienced an increase in their frequency of bowel movement, compared to those that drank plain tap water.

Also, those who drank sparkling water experienced a 58% decrease in their symptoms (14).

There is also proof that sparkling water can help reduce stomach pain and other symptoms of indigestion.

A controlled study was done on 21 patients who had chronic digestive malfunctions. After taking carbonated sparkling water for 15 days, the patients had great improvements in constipation, bladder emptying, and digestive symptoms (15).

Does carbonated sparkling water have any effect on bone health?

Many people think that carbonated beverages are not good for the bones due to their high acidity. But research says otherwise.

An observational study involving 2,500 people discovered that the only beverage that caused a significant reduction in bone mineral density was cola. According to the study, carbonated water did not affect the health of bones (16).

Cola drinks have much phosphorus in them, compared to clear soda or carbonated water.

The researcher thought that cola drinkers may have taken in too much phosphorus and too little calcium, thus triggering bone loss.

Another study involving teen girls, it was found that the heavy intake of carbonated drinks by the girls caused a reduction in bone mineral density. Researchers believe that this happened because they replaced milk in their diet with beverages, resulting in low calcium intake (17).

Also, a controlled study involving 18 women (who all attained menopause) found that intake of one litre of sparkling water (rich in sodium) daily for 8 weeks increased their calcium retention compared to drinking ordinary plain water (18).

Also, the researchers did not observe any negative effects on bone health in the group that drank sparkling water.

Animal studies suggest that the intake of carbonated water may improve bone health.

Hen’s diet, when supplemented with carbonated water for six weeks, caused a tremendous improvement in the strength of leg bone compared with tap water (19).

Studies indicate that carbonated water may be beneficial to heart health, although there’s very limited evidence.

A study involving 18 women who had attained menopause showed that intake of carbonated water rich in sodium caused a decrease in blood sugar, inflammatory markers, and LDL cholesterol.

Also, there was a tremendous increase in HDL cholesterol (20).

Also, those who drank sparkling water had a 35% lesser risk of developing heart disease within a 10-year timeline.

But then, it is just a small study. There’s absolutely a need for more research before one can arrive at any conclusion.

There’s no evidence showing that sparkling water is bad for your health.

It doesn’t cause harm to dental health, neither does it have any adverse effect on bone health.

It is interesting to note that a carbonated drink can boost digestion by reducing constipation and helping you to swallow better.

It is calorie-free with a great bubbly sensation. Many people like it better than still water.

You’re free to drink your sparkling beverage (if you like it). 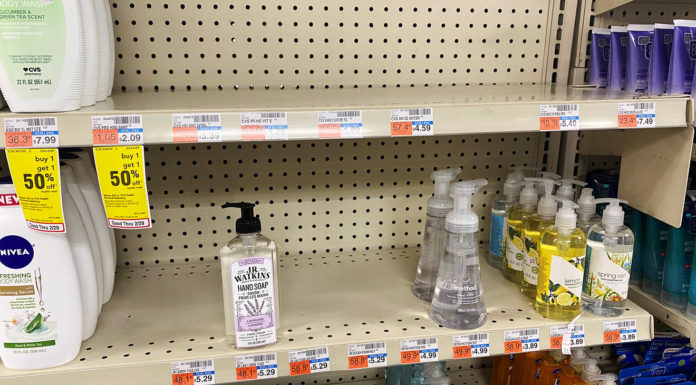