The health benefits of selenium is something many have never considered. Many people have never even heard of selenium. Selenium is a nutrient that is vital to human health.

It is an essential mineral. This implies that you can only obtain it through your diet.

Your body does not need selenium in large amounts. It is needed in small quantities, but even at that, it plays a major role in vital body functions including thyroid function and metabolism. This article X-rays evidence-based health benefits of selenium.

IT ACTS AS A VERY POTENT ANTIOXIDANT

Antioxidants are compounds that fight free radicals thus preventing damage to the body.

Daily metabolic activities give rise to free radicals as byproducts.

Free radicals are essential to human health even though they seem to have a bad reputation. They perform vital functions, such as offering protection against diseases.

Bad living habits such as alcohol use, smoking, and stress can cause overproduction of free radicals. This causes oxidative stress, resulting in damage to healthy cells (1).

Studies have linked oxidative stress to chronic health conditions such as Alzheimer’s, cancer, and heart disease, as well as stroke and premature aging (2, 3, 4, 5, 6).

Selenium being an antioxidant helps reduce oxidative stress by checking the production of free radicals (7).

Selenium and other antioxidants neutralize excess free radicals and protect the cells from the damage that it causes.

IT HAS ANTICANCER PROPERTIES

The cancer-fighting ability of selenium is attributed to its ability to reduce damage to DNA and oxidative stress, destroy cancer cells, and enhance your immune system (8).

A review of 69 studies found that a high level of selenium in the blood reduced a person’s risk of certain types of cancer, including prostate, colon, lung, and breast cancers (9).

You should note that the cancer-fighting ability of selenium is mostly associated with natural selenium (obtained in foods), and not the supplement form.

On the other hand, some studies have suggested that taking selenium supplements may reduce the side effects of radiation therapy (in people undergoing it).

For instance, a study found that selenium supplements administered orally improved the quality of life in women with uterine and cervical cancer. It also reduced diarrhea caused by radiation therapy in these women (10).

IT OFFERS PROTECTION AGAINST HEART DISEASES

One of the many health benefits of selenium is that it protects your heart, keeping it healthy. Studies have linked low levels of selenium to a high risk of heart disease.

A meta-analysis of 25 observational studies showed that high blood levels of selenium were linked with a 24 percent reduction in the risk of cardiac disease (11).

Another health benefit of selenium is that it reduces inflammatory markers in the human body. Inflammation is a major risk factor for heart disease.

For instance, a review of over 16 controlled studies involving 433,000 people showed that intake of selenium supplements reduced the levels of C-reactive protein, a marker of inflammation.

Adding selenium-rich foods to your diet is a good way to minimize your level of inflammation and oxidative stress.

SELENIUM IS GOOD FOR YOUR COGNITIVE AND MENTAL HEALTH

Alzheimer’s disease causes memory loss. Patients of Alzheimer’s have their behavior and thinking affected negatively. It is the 6th major cause of death in the United States.

There is an astronomic increase in the number of people with this disease, and sadly, the number keeps on growing. Thus, it is imperative to find ways to prevent this disease.

Studies have shown that oxidative stress plays a role in the onset and the progression of Alzheimer’s, multiple sclerosis, Parkinson’s, and other neurological disorders (14).

Other studies have shown that antioxidants present in foods and supplements can improve the mental health and memory of Alzheimer patients (17).

A study found that intake of a brazil nut per day improved the mental health and verbal fluency in patients with mild cognitive impairment (18).

Also, research has shown that patients with Alzheimer’s disease may benefit from the Mediterranean diet, which is loaded with nuts, seafood, and other selenium-rich foods (19, 20).

One of the many health benefits of selenium is that it helps your thyroid gland to function properly. It is important to note that your thyroid tissue is loaded with selenium. Its selenium content is higher than that in any other organ in your body (21).

Selenium protects your thyroid against the damage caused by oxidative stress. It also plays a vital role in the production of thyroid hormones.

You must have a healthy thyroid gland. The thyroid regulates metabolic activities in your body and also controls growth & development (22).

A person who is deficient in selenium is at risk of thyroid conditions like Hashimoto’s thyroiditis.

A study involving over 6000 subjects found that reduced levels of selenium were linked to a high risk of hypothyroidism and autoimmune thyroiditis (23).

Another review concluded that a daily intake of selenium supplements for three months lowered the number of thyroid antibodies. It also caused improvements in mood and general wellbeing of Hashimoto patients (24).

However, more research is needed before selenium supplements can be recommended for those with Hashimoto’s disease.

SELENIUM IS AN IMMUNE SYSTEM BOOSTER

The immune-boosting function of selenium is one of its many health benefits. Your immune system is responsible for identification and fighting off of potential threats. These include parasites, viruses, and bacteria.

The role played by selenium in immune health cannot be overemphasized. Among the health benefits of selenium is its potential as an antioxidant, to lower oxidative stress in your body, which in turn lowers inflammatory activities and enhances immunity.

Research has shown that high blood levels of selenium are linked to a faster immune response.

Selenium deficiency is also associated with a high risk of mortality and disease progression in HIV patients. On the other hand, supplementing with selenium leads to fewer hospitalizations and improved symptoms for these patients (26).

What is also worth noting is that supplementing with selenium may strengthen the immune system in patients with tuberculosis, hepatitis C, and influenza (27).

In asthma, the airways become inflamed, and start to narrow, resulting in shortness of breath, wheezing, coughing, tightness of the chest, and other symptoms (28).

Asthma is associated with inflammation and oxidative stress in the body (29).

Because of the health benefits of selenium is its anti-inflammatory actions, some studies suggest that it may help to fight asthma’s symptoms.

Research suggests that asthma patients have low levels of selenium in their blood.

A study showed that patients with high blood levels of selenium had better respiratory functions that those with low levels (30).

For instance, a study found that daily administration of 200 mcg of selenium to asthma patients reduced their dependence on corticosteroid medications (31).

What’s worth noting is the conflicting researches in this area. There is a need for larger studies to verify the actual role played by selenium in the treatment of asthma (32).

The health benefits of selenium are outstanding, no doubt about that, but an excess of it may be dangerous.

Selenium toxicity is a rare condition, but even at that, one should not exceed the recommended dose of 55 mcg per day, nor attempt going beyond the tolerable upper limit of 400 mcg per day (35).

The selenium content in Brazil nuts is quite high. Consuming an excess of it could lead to toxicity.

Toxicity is more likely to occur from taking supplements as compared to eating selenium-rich foods.

Symptoms associated with selenium toxicity include:

In extreme cases, acute selenium toxicity may result in neurological and intestinal symptoms, kidney failure, heart attack, and even death (36).

This article has highlighted the health benefits of selenium. Selenium is essential to proper body physiology.

It plays a very important role in thyroid function and metabolism, and also protects the body from damage due to oxidative stress.

It is worth noting that selenium may improve the functioning of your immune system, slow mental decline due to aging, and also reduce your risk of cardiac disease.

Selenium is present in many foods, including Brazil nuts, mushrooms, and oysters.

Increasing the number of selenium foods in your diet is a good way to maintain good health. 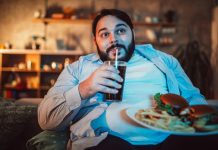 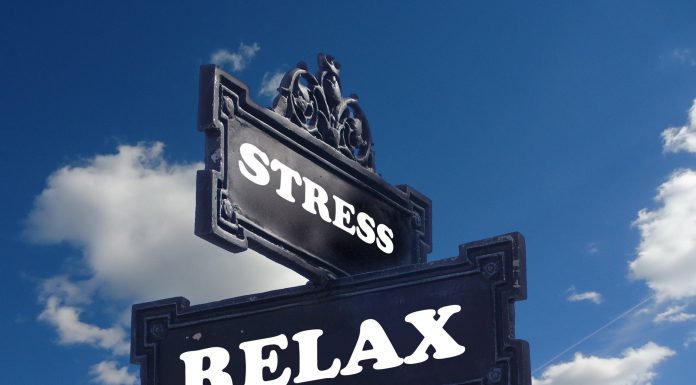