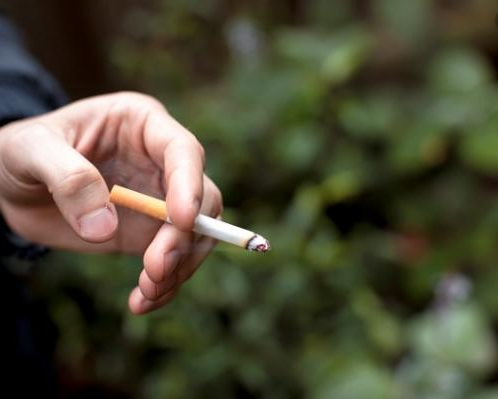 HOW DOES SMOKING AFFECT YOUR BRAIN?

Smoking effects on the brain? Have you ever thought of that? Have you ever wondered how smoking affects your brain? Well, we all know that tobacco is a major cause of preventable death in the United States and the world at large. A study by the Centers for Disease Control and Prevention has shown that at least 500,000 Americans die prematurely yearly due to smoking or exposure to secondhand smoke.

Also, smoking increases your risk for stroke, heart disease, lung disease, cancer, and a host of health conditions. It also impacts negatively on your brain. In this article, we will examine the effects of smoking on the brain and what you stand to gain from quitting smoking.

HOW DOES NICOTINE AFFECT YOUR BRAIN?

Many people are aware of the effects of nicotine on the heart and the lungs, but what many people do not understand is the effect that nicotine has on the brain.

According to Lori A. Russell-Chapin, Ph.D. professor at Online Masters of Counseling Program of the Bradley’s University, nicotine mimics the action of several neurotransmitters. Because the shape of nicotine is similar to that of acetylcholine, signaling increases in the brain.

Over time, the brain starts to compensate for the increased signaling activity by cutting down on the number of receptors. The result is nicotine tolerance, and so you’ll eventually need more nicotine.

Nicotine equally stimulates the pleasure centers of the brain, and so the brain establishes a link between nicotine usage and feeling good.

A study by the National Institutes of Health shows that nicotine in cigarettes causes a change in your brain, which makes you experience withdrawal symptoms when you try to quit. In this case, you’ll experience many side effects such as irritability, anxiety, and that strong urge for nicotine. This is one of the many smoking effects on the brain.

The bad news is that when these symptoms show up, many smokers light up another stick of cigarette to ease the withdrawal effects.

This causes alterations in the brain that then creates a dependence on nicotine because your body recognizes it as a part of your system, which then becomes a strong addiction.

While the effects of nicotine may not be obvious at first, the first symptoms to be noticed may be the effects on the lungs and heart health.

Below we have outlined common smoking effects on the brain.

A decline in cognitive function

A decline in cognitive function happens naturally as a person ages. You may forget things easily or may not be able to think as fast as you did in your youthful days. However, if you are a smoker, your cognitive capabilities will decline faster than nonsmokers.

A 2012 study shows that this scenario is worse in men. The study examined the cognitive data of over 7000 men and women over a dozen years. It was discovered that middle-aged male smokers had a more rapid cognitive decline compared to female smokers or nonsmokers.

The risk of dementia increases

A 2015 research analyzed 37 studies comparing non-smokers and smokers and found that the risk of developing dementia was higher in smokers than in a nonsmoker.

A 2017 study has shown that prolonged or chronic smoking increases your risk of brain volume loss due to age.

According to the study, smoking hurts the structural integrity of the brain’s subcortical region. It has also be shown that smokers have more age-related brain volume loss in several brain regions. A decrease in brain volume is one of the smoking effects on the brain.

A higher risk of stroke

But there’s light at the end of the tunnel. Your risk may decrease to that of a nonsmoker in just five years of quitting.

The risk of cancer increases

When you smoke, you introduce many toxins into your body and your brain. Some of these toxins are cancerous.

According to Dr. Harshal Kirane, the medical director of Wellbridge Addiction Treatment and Research, constant exposure to tobacco, or throat, lung, or brain genetic changes may increase a person’s risk of having cancer.

DOES SMOKING E-CIGARETTES AFFECT YOUR BRAIN?

Very little research has been done on e-cigarettes. However, what we do know is that they can impact negatively on your brain and general health.

DOES IT MAKE ANY DIFFERENCE IF I QUIT SMOKING?

Staying away from nicotine can have positive effects on your brain as well as other parts of your body.

A study carried out in 2018 found that smokers who avoided nicotine had a reduced risk of dementia. Research has also shown that quitting tobacco can affect your brain’s cortex positively, although the process may be a long one.

Also, research by the Mayo Clinic has shown that complete cessation of smoking can restore the nicotine receptors in your brain to normal, and also reduce the cravings.

Other benefits that you may derive from quitting smoking include:

WHAT ARE EASY WAYS TO QUIT SMOKING?

Quitting smoking is not as easy as it sounds, but it is possible. Some steps that you can take to remain free of nicotine for life include:

Smoking is the chief cause of preventable deaths in the United States. Also, studies have shown that cigarette smoking affects your brain health, and also contributes to lung disease, stroke, cancer, and heart disease.

But what’s worth noting is that, over time, many negative effects of smoking can reverse just by quitting smoking. Consult your healthcare provider if you have any fears.

WHAT CAUSES HYPERTROPHY OF THE MALE BREAST?