Testing for Alzheimer’s is not an exact science per se. There are several ways by which an Alzheimer’s test can be done. These include:

With these tests, one can know whether he or she is at risk of Alzheimer’s, and can also rule out other diseases and conditions.

There are many types of brain imaging. They include:

With an MRI, many images of the brain can be taken via the use of powerful magnets and radio waves. MRI helps in the detection of:

Magnetic resonance imaging does not involve any pain and is usually noninvasive. It can be completed within 30 minutes to two hours. For an MRI to be conducted, the patient must first lie down on a table. The table slides into the machine used for the MRI. A contrast dye may be injected into the patient’s arm to enhance the image(s). The technologist will ask you to take away all metallic objects from your body including eyeglasses, hairclips and jewelry.

As a form of preparation, you will be asked to refrain from eating or drinking any substance at least 4 to 6 hours before the MRI.

If you do not feel comfortable in tight or small places, be sure to inform the physician ahead of time. You will be given some medications to help you sleep or relax. Alternatively, an open MRI may be recommended for you. There is no much confinement in an open MRI compared to a standard MRI machine. An MRI is not suitable for people with cardiac pacemakers. Such people should not be allowed to enter MRI areas. If you have a cardiac pacemaker, be sure to inform your physician ahead of time. You will be advised adequately. If you have some of the metallic objects listed below in you, then you may not be able to have an MRI;

A computed tomography scan makes use of X-ray technology to create images of the brain. With a CT scan, the following conditions can be detected:

Like the MRI, the CT scan is pain-free and noninvasive. It lasts for just a few minutes. The procedure is almost the same as an MRI. You will be asked to lie on a table, which will also slide into the CT machine. While undergoing the procedure, you will have to lie still. You may also be asked to hold your breath still for some time. You will also have to remove all metallic objects from your body while wearing a hospital gown. A contrast dye will be injected into your arm. The purpose of this is to enhance the image produced. Fasting for 4-6 hours prior to the examination is mandatory.

A PET scan is an imaging test that offer information on the physiology of the brain and its tissues at a cellular level. It detects alterations in body physiology that can reveal abnormalities of brain function. These changes include:

Just like the CT and MRI scan, you will be required to lie on the PET scan machine which will equally slide into the machine. You will inhale or inject a tracer. A tracer is a radioactive material, usually injected or inhaled in very minute quantities. After this, you will carry out a few mental tasks such as calling out letters or reading. With this diagnostic tool, the physician can monitor the level of brain activity. It is also not unusual to fast four to six hours prior to the test. The tests lasts for between 30 minutes and two hours.

Studies by the Alzheimer’s Association have shown that accumulation of amyloid plaque can be detected with a PET scan. This detection can be done even before the symptoms show up. Whether these plaques are risk factors for AD or not is what we do not understand. The use of PET scan as an early detection diagnostic tool is still under development, hence, it is not fully available for use by general practice clinicians. Diabetic patients should endeavor to disclose to their physician their diabetic status. Insulin or blood sugar levels can affect the results of a PET scan.

Studies conducted on lineages with a history of AD have discovered have identified three genetic defects. These defects exist on the genes APP (present on chromosome 21); PSEN1 (on chromosome 14) and PSEN2 (present on chromosome 1). AD can occur early if mutations exists on any of these genes. These mutations can be detected with a specialized blood test. However, there are persons suffering from early-onset AD who do not have any mutation on any of these genes.

Amniocentesis can be used to detect an increased risk for the mutation of PSNE1. However, this test is only necessary if a member of the family has been diagnosed with the genetic mutation. That an individual has the genetic mutation does not imply that he or she will develop Alzheimer’s disease.

Mini-mental state exam is the most commonly used neuropsychological test. Questions will be asked to evaluate your mental status, such as your date of birth. There is no need for any preparations prior to this test. 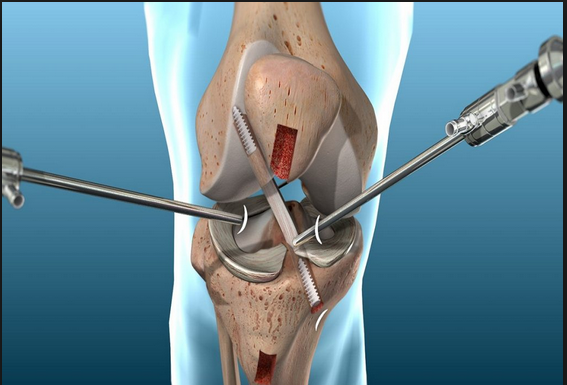