Fibromyalgia is a medical condition that causes pain all over the body, as well as fatigue. Your mood, memory, and sleep can also be affected. Medical researchers and experts think that this condition triggers pain by altering the way our brains interpret and handle pain.

In some cases, fibromyalgia symptoms may be triggered by surgery, physical trauma, psychological stress, or infection. For other people, the symptoms may show up without any trigger.

Medical experts believe that there’s an issue with the brain chemistry of fibromyalgia patients. What causes this alteration is unknown. However, the following factors are believed to play a role in the onset of fibromyalgia:

Some health conditions can trigger or even worsen fibromyalgia symptoms

Medical experts and researchers have found evidence that genetics plays a role in the onset of fibromyalgia. Certain genetic mutations increase a person’s risk of developing this condition.

Conditions like post-traumatic stress disorder (PTSD) can act as triggers for fibromyalgia.

The following symptoms may be experienced by people with fibromyalgia:

Fibromyalgia patients usually experience aches all over their bodies. These aches are usually dull and constant and may last for up to three months. The pain is felt on both sides of the body, below the waist, and above the waist.

People with fibromyalgia usually wake up tired, even after sleeping for a long time. Sleep is usually disrupted by pain. Related conditions like sleep apnea or restless leg syndrome may also present in fibromyalgia patients.

Fibromyalgia may cause a condition called “fibro fog” or “mental haziness.” This condition prevents one from thinking clearly.

Other conditions associated with fibromyalgia include:

What effect does diet have on fibromyalgia symptoms?

Some additives and food are believed to alter brain chemistry and make a person more sensitive to pain. These foods and additives are thought to trigger fibromyalgia as well. No diet can essentially cure fibromyalgia. However, several studies have shown that certain foods may trigger the symptoms of this condition.

According to the National Fibromyalgia Research Association, you should cut certain foods from your diet to ease your symptoms. These foods include:

Studies have also shown that reducing the intake of foods such as aspartame and MSG can reduce your symptoms. Either way, there’s no strong evidence linking fibromyalgia to certain foods. Overweight patients can also work on their weight as this may help reduce symptoms.

Foods that can help manage the symptoms of fibromyalgia

Dietary changes affect people differently. One way to find out if your symptoms are triggered by certain foods is by trying an elimination diet.

An elimination diet involves taking some foods for a couple of days. These are usually basic foods like rice, broccoli, and chicken. After limiting yourself to this diet for several days, you’ll then incorporate other foods into your diet…gradually. With this, you can determine how each food affects your symptoms.

Generally, people with fibromyalgia should follow similar eating guidelines as people without the condition. So, you’ll take in plenty of fresh vegetables and fruits, enough healthy fats, protein, and carbohydrates daily.

Do well to eat the rainbow

Increase the amount of colorful vegetables and fresh fruits in your diet. Colored foods are enriched with different nutrients and vitamins, which help you to stay healthy and free from pain.

Avoid processed or refined foods as much as you can

Your diet should consist mainly of whole grains, vegetables, and fruits. Avoid packaged snacks and processed foods. These foods usually contain additives whose long-term health effects are not usually tested. A particular class of food additives known as excitotoxins perpetuates or triggers fibromyalgia symptoms. You must reduce the amount of “white” carbohydrates carbs in your diet. Examples of foods that contain white carbs are rice, pasta, and bread, as well as sweetened beverages, sweets, and sugary foods. These foods cause a spike in blood sugar and insulin levels which in turn exacerbates fibromyalgia symptoms. Eat more complex carbohydrates and whole grains enriched with vitamins, minerals, and fiber. 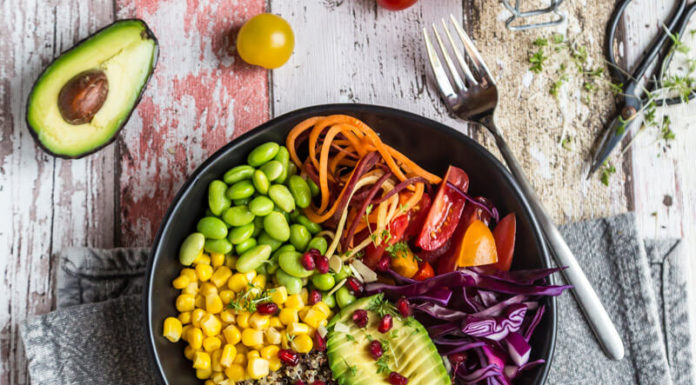