When one tends to avoid eating certain foods or even eat foods in very small quantities, that person could be suffering from avoidant food intake disorder. It is a new diagnostic term that encompasses the now obsolete feeding disorder of infancy and early childhood. Those with this condition have some difficulty with eating or feeding that makes them stay away from certain foods or even eating foods. The resultant effect is that they are unable to ingest a sufficient amount of calories or nutrients via their diet thereby leading to nutritional deficiencies, delayed growth, and difficulty in gaining weight.  In addition to the health issues that occur with this condition, they may also encounter difficulties at school or workplace such as difficulty engaging in social tasks, such as eating with others and sustaining relationships with others.

Avoidant food intake disorder is a condition that usually occurs in infancy or during childhood, and can remain till adulthood. It may first look like the picky eating that is common in children. For instance, some children avoid foods of certain smell and feel, including vegetables. This behavior tends to resolve in a short amount of time without causing adverse effect to the child’s growth or development.

A child could be said to have avoidant food intake disorder if:

Book an appointment with a doctor if your child shows signs of avoidant food intake disorder. Treatment is essential to combat both the medical and psychosocial aspects of the condition.

When intervention isn’t made, ARFID can lead to serious long-standing complications. It is thus necessary to get a precise diagnosis immediately. If your child isn’t eating well despite having a normal weight for age, an appointment with a doctor would still be beneficial.

The symptoms of this condition are alike with other conditions that may make the child malnourished. No matter how much you may think your child to be healthy, contact a doctor if you observe any of the following in your child:

ARFID can be mild at times, with the child not showing signs of malnourishment but rather appearing as a picky eater. Do well to inform your doctor about your child’s eating habit during a checkup.

The specific cause of this condition remains unknown though researchers have recognized many risk factors for the condition such as:

Most cases of poor weight gain and malnutrition are caused by some medical conditions linked to the digestive system. In other cases, a physical medical problem is unable to explain the signs and symptoms experienced. Likely non-medical causes of eating difficulties in children include:

The Diagnostic and Statistical Manual of Mental Disorders (DSM) is a manual published by the American Psychiatric Association to assist doctors and mental health professionals in the diagnosis of mental disorders. ARFID was added as a new category for diagnosis in the new edition of DSM.

The criteria for the diagnosis of restrictive food intake disorder in a child, from DSM-5, include:

If your child seems to have this condition, you should book an appointment with your child’s doctor who will then weigh and measure your child and plot the values on a chart and compare with national averages. Additional testing may be required if the child’s weight is really low or when there is a sudden change in the child’s growth pattern.

If the doctor establishes the child to be underweight or malnourished, diagnostic tests to rule out certain medical conditions that are limiting the child’s growth would be done and these include blood, urine, and imaging tests.

If the doctor is unable to find an underlying medical condition, they will ask about the child’s feeding habit, behavior, and family environment. Based on the result gotten, you may be referred to:

A social worker or child protection official may be sent to work with your family if the child’s condition is believed to be due to neglect, abuse, or poverty.

When severe, hospitalization may be required and the child may need a feeding tube to get adequate nutrition.

Majority of cases have the feeding disorder addressed without needing hospitalization. Nutritional counseling or regular visits to a therapist will help the child combat the disorder. The child may be placed on a special diet or given prescribed nutritional supplements. This will help to increase their weight.

As soon as nutrient deficiencies are addressed, the child would become more alert and regular feeding would be easier.

There isn’t much information for now since avoidant food intake disorder is new. Generally, an eating disorder resolves faster if it is addressed as soon as the child starts to show signs of continuous inadequate eating.

When left untreated, an eating disorder can result in delayed physical and mental development that will cause a negative lifetime effect on the child such as speech delays or progression of the condition into adulthood. Seek treatment once symptoms are noticed to prevent complications. Talk to the child’s doctor if you suspect restrictive food intake disorder. 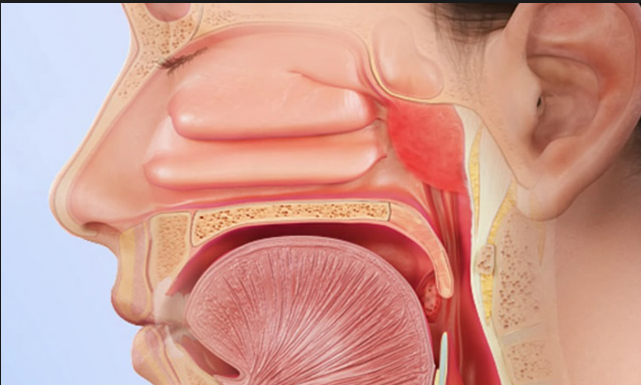