Welcome to today’s article. We’ll be examining autonomic dysfunction. Ever heard of it? Well, you’ll learn more about it as you study this article. But first, let us begin with an overview of the autonomic nervous system.

These functions do not require voluntary effort by an individual before they happen. The Autonomic Nervous System serves as the connection between the brain and other body parts, including the internal organs. For example, it connects the brain to the sweat glands, liver, skin and even to the inner muscles of the eye.

SANS serves to stimulate organs when there is the need to. For instance, it elevates the heart rate and blood pressure when needed. PANS, on the other hand, slow down the vital signs like the heart rate and blood pressure. The only exception is with the urinary and digestive systems where PANS stimulates them while SANS slows them down. The key function of the SANS is to bring about urgent responses when needed. These responses are the flight or fright and they make you prepared to face a stressful situation. The PANS stores energy and is involved in ordinary functions.

Autonomic dysfunction occurs when there has been damage to the nerves of the autonomic nervous system. It is alsocalled autonomic neuropathy or dysautonomia. Severity can range from mild to life-threatening. Affectation may be for either part of the whole autonomic nervous system. The underlying causes may at times be temporary and reversible. Other times, the causes may be chronic and even get worse as time goes on. Two common chronic disorders that can lead to autonomic dysfunction include Diabetes and Parkinson’s disease.

One can experience any or even all of the symptoms above based on the cause and the severity may be mild or even life-threatening. Some forms of autonomic dysfunction can produce symptoms such as tremors and muscle weakness.

You suffer from orthostatic intolerance if your body is unable to adjust to changes in position. When in an upright position, you may feel faint, light-headed, dizzy, nauseated and sweaty. The symptoms get better on lying down. Most of the time, this happens because there is a problem with the regulation of the ANS.

Orthostatic hypotension is a form of orthostatic intolerance that occurs when the blood pressure noticeably drops on standing. This will lead to lightheadedness, fainting, and palpitations. This condition can result when there is autonomic dysfunction in diseases such as diabetes and Parkinson’s disease.

The various types of autonomic dysfunction include:

POTS occur in about 1 to 3 million people in the United States with women having it more than men in a ratio of 5:1. It can affect almost all age groups as it is seen in children, adolescents, and adults. It can occur with other medical conditions such as Ehlers-Danlos syndrome, a connective tissue disorder that is inherited.

The symptoms seen in POTS can be mild or severe. As much as 25 percent of those with POTS are limited inactivity and are not able to work because of the condition.

It is also referred to as vasovagal syncope. It commonly causes fainting. This fainting results when the blood flow to the brain is slowed down as a consequence of dehydration, sitting or standing for too long, warm environments, or stressful emotions. These individuals usually experience nausea, sweating, excessive tiredness, and bad feelings before and after an episode.

It is a very severe form of autonomic dysfunction. In its early phase, it presents symptoms which are similar to that seen in Parkinson’s disease.

Those who suffer from it will have a life expectancy of about 5 to 10 years from when the diagnosis was made. It is not a common illness and it occurs mostly in adults that are above the age of 40. The cause is unknown and it has no cure, nor any treatment modality that can even slow its progression.

HSAN refers to a group of similar genetic disorders seen in children and adults that cause widespread nerve dysfunction. The resultant effect is a lack of sensation to touch, temperature changes, and pain. It can also alter many bodily functions. It is further classified into four groups based on the pattern of inheritance, age, and symptoms.

This condition predominantly affects the nerves that control the eye muscles thereby causing visual problems. One pupil will most likely be larger than the other one and will constrict slowly when exposed to bright light. It often affects both eyes. There may also be absent deep tendon reflexes such as the Achilles tendon and this effect is permanent.

HAS can also be caused by a viral infection which leads to inflammation and damages neurons. HAN is not life-threatening. Eye drops and glasses will help in correcting the visual problems.

Other than the ones that have been listed above, several other types can result from a disease condition or when there is body damage. Autonomic neuropathy occurs when there is damage to the nerves due to diseases, injury, or the intake of certain drugs.

Some diseases that have been implicated in the causation of this condition include:

Parkinson’s disease is known to cause orthostatic hypotension and many other symptoms similar to that seen in autonomic nervous system damage. This leads to significant disability in those with the disease.

To treat this condition, the doctor will address the symptoms you experience. If there is a disease-causing the problem, it must be brought under control.

Nerve damage is difficult to cure. You may need to incorporate things like physical therapy, walking aids, feeding tubes, and other necessary things to effectively manage a severe case of nerve damage.

It is very important to find support to help you cope with autonomic dysfunction. Coping will improve the quality of life.

The following methods will help with coping:

Nerve damage in the ANS is often permanent and irreversible. Speak to a doctor if you experience symptoms of autonomic dysfunction. Disease progression can be slowed by early diagnosis and prompt intervention. Symptoms are also lessened when early intervention is given and this will ultimately improve the quality of life irrespective of the severity of the condition. 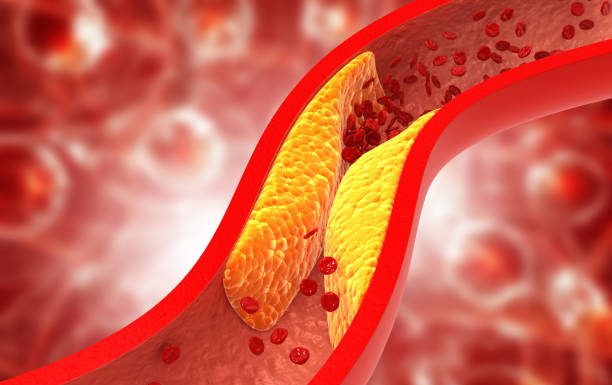