WHAT ARE AUTOIMMUNE DISEASES?

Autoimmune diseases are diseases that occur when the immune system accidentally attacks the body cells.

Normally, the immune system protects the body from any invading microorganism such as bacteria and viruses. When it recognizes the presence of these foreign bodies, it sends out cells to fight them off.

Usually, the immune system is able to recognize the body’s own cells and differentiate them from foreign ones.

In an autoimmune disease condition, the immune system views normal body parts such as the joints or skin, as foreign. It produces proteins called auto-antibodies which then attack the healthy cells. Some forms of autoimmune diseases affect just one organ. Type 1 diabetes affects the pancreas. Other illnesses such as systemic lupus erythematosus (SLE) target the entire body.

WHY DOES THE IMMUNE SYSTEM ATTACK THE BODY?

The exact reason for the misfiring of the immune system has not been discovered. Still, some people are more likely to develop an autoimmune disease than others.

A 2014 study that was done saw women having autoimmune diseases at a ratio of 2:1 when compared to men, exactly 6.4 percent to 2.7 percent. The disease usually begins during the reproductive age in women (15 to 44 years).

Some autoimmune diseases are more common in certain races. Example, lupus is commoner in people from African-American and Hispanic descent than in Caucasians.

The incidence of autoimmune diseases is on the rise and researchers suspect that it may be due to some environmental conditions like infections and contact with chemicals or solvents.

Diet has also been implicated as a risk factor. Adopting a ‘Western diet’ which contains high amount of fat and sugar, and are highly processed foods can lead to inflammation which can trigger an immune response, this has not yet been proven.

A study done in 2015 was based on the theory ‘hygiene hypotheses.’ This is because children are no longer exposed to as much germs like before due to the availability of vaccines and antiseptics. The less exposure will make the immune system hyperactive and even react to harmless substance.

There are several autoimmune diseases but listed below are a few of them:

Insulin is a hormone produced by the cells of the pancreas and it plays a role in regulating the blood sugar level. In this disease, the immune system fights and destroys the insulin-producing cells in the pancreas.

High blood sugar levels can cause damage to the blood vessels, and also to body organs such as the heart, kidneys, eyes and pancreas.

In rheumatoid arthritis, the joints are being attacked by the immune system. The resultant effect is redness, warmth, pain, and joint stiffness.

In contrast to osteoarthritis which is commoner as one ages, rheumatoid arthritis can begin in the third decade of life or even earlier.

Usually, skin cells grow and are shed when they are not needed anymore. This condition causes the skin cells to turn over quickly. These extra cells accumulate and form some inflamed red patches, usually with silver-white scales of plaque on the skin surface.

About 30 percent of people with psoriasis develop joint swelling, stiffness, or pain. This type is called psoriatic arthritis.

This is a condition that causes damage to the myelin sheath, the covering of the nerve cells. When damage occurs, it slows down the transmission speed of messages between the brain and spinal cord to and from the other body parts.

This leads to symptoms such as weakness, numbness, problems with walking, and balance issues. The disease occurs in various forms with each one having different rates of progression.

From a study that was done in 2012, up to 50 percent of people with multiple sclerosis will need assistance walking within 15 years from onset of disease.

Because of the rash lupus produces, it was being thought by doctors in the past to be a skin disease. However, the systemic form of it, which happens to be the commonest, mainly affects organs such as the joints, heart, kidneys, and brain.

The common symptoms include joint pain, rashes, and fatigue.

IBD is a general term that is used to describe conditions that lead to inflammation in the intestinal wall lining. It is a syndrome consisting of two conditions namely, Crohn’s disease and Ulcerative colitis. Each type affects a different GIT portion.

Addison’s disease affects the adrenal glands, which are responsible for the production of the hormones, cortisol, aldosterone and androgens. When cortisol level is low, the way in which the body uses and stores carbohydrates and sugar will be affected. When aldosterone level is low, it will lead to loss of sodium and too much potassium in the blood stream.

It is also known as autoimmune thyrotoxicosis. It targets the thyroid gland found in the anterior neck and causes it to produce excess amounts of hormones. Thyroid hormones are involved in metabolism, which is how energy is being used in the body.

When the hormone levels are in excess, the body becomes hyperactive and manifests symptoms such as nervousness, racing heartbeat, heat intolerance and weight loss.

Another likely symptom is exophthalmos, which presents with bulging of the eyes. It can happen as part of a condition known as Grave’s ophthalmopathy, which happens in about 30 percent of those with Grave’s disease, from a study done in 1993.

It is a condition that targets the tear glands and the salivary glands, to cause dry eyes and dry mouth. It can additionally affect the skin and joints.

In this condition, the blood level of the thyroid hormones are greatly reduced, resulting in symptoms such as weight gain, cold sensitivity, tiredness, hair loss, and thyroid gland swelling.

This disease affects the nerve impulses that assist the brain in muscle control. When nerve to muscle communication is impaired, signals cannot get to the muscles for them to contract.

The common symptom experienced is muscle weakness that worsens with activity and is relieved with rest. The muscle groups frequently involved are those which control eye movements, eyelid opening, swallowing, and facial movements.

This happens when the immune system attacks blood vessels. The resultant effect is inflammation that narrows the lumen of the arteries and veins, thereby reducing the amount of blood which flows through them.

A protein, intrinsic factor, which is produced by the cells of the stomach is lacking in this condition. This protein is required for the absorption of vitamin B-12 from food. If the vitamin B-12 level is low, anemia develops and the body will not be able to adequately synthesize DNA.

This condition is more common in older adults. From a study done in 2012, it was seen to affect 0.1 percent of people in general, but almost 2 percent of those above the age of 60.

Those with this disease cannot consume foods that contain gluten, a protein which is found in wheat, rye, and some other grain products. When gluten gets to the small intestine in people with this condition, the immune system causes inflammation at the site.

In a 2015 study, celiac disease affected 1 percent of people in the United States. More people have reported being sensitive to gluten, but not like the autoimmune disease. They do have similar symptoms such as diarrhea and abdominal pains.

The early symptoms seen in autoimmune diseases are similar and they include:

WHEN SHOULD YOU SEE A DOCTOR

Whenever you experience symptoms of autoimmune diseases, endeavor to see a doctor. Depending on the kind of disease you have, you may need to see a doctor. The following specialists are important:

Most autoimmune diseases will need multiple tests before a diagnosis can be made. The doctor will have to make use of tests, symptom review and physical examination before making a diagnosis.

The antinuclear antibody (ANA) test is one of the early tests requested when an autoimmune condition is suspected but it is however not specific and cannot pinpoint the exact condition that is present.

Other tests search for specific auto-antibodies that are produced in certain autoimmune diseases. The doctor makes use of symptoms and other tests to confirm the diagnosis.

Autoimmune diseases cannot be treated but they can be managed. The inflammation and pain can be controlled. Medications used to treat this condition include:

You may feel better by eating a healthy diet and exercising regularly.

There are over 80 different types of autoimmune diseases. Most times, their symptoms get overlapped thereby making diagnosis difficult. Autoimmune diseases commonly occur in women, and they mostly run in families.

Blood tests that check for auto-antibodies will assist doctors in diagnosing these conditions. Treatment modalities will include medications that will calm the hyperactive immune system and relieve the inflammation in the body. 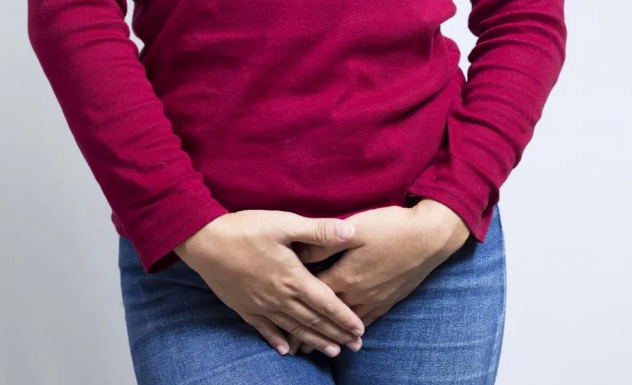