WHAT IS ATROPHIC GASTRITIS?

The H. pylori bacterium is the offending agent. The infection mostly occurs during childhood and exacerbates over time when left untreated.

Having direct contact with the feces, vomit, or saliva of an infected person can spread the infection from one person to another. It can also be gotten by consuming food or water that has been contaminated with the bacteria.

Autoimmune form of atrophic gastritis occurs when the body makes antibodies that attack the healthy stomach cells accidentally. Antibodies are proteinous substances that assist the body in recognizing and fighting infections. They work by attacking harmful agents such as bacteria and viruses. However, in people with atrophic gastritis, antibodies accidentally attack the stomach cells that produce acidic juices which help with digestion.

Antibodies can further attack the intrinsic factor, a proteinous substance produced by the cells of the stomach to help in the absorption of vitamin B-12. An absence of intrinsic factor can cause a disease known as pernicious anemia. In pernicious anemia, the body is unable to make sufficient quantities of healthy red blood cells because vitamin B-12 is needed for red blood cell formation.

You are more susceptible to developing atrophic gastritis if you have an H. pylori infection. This infection is becoming more prevalent, especially in developing countries and areas where poverty and overcrowding is much.

The autoimmune form of atrophic gastritis is rare, even though people with diabetes or thyroid problems are more likely to have it. It is also common in those of African-American descent or northern-European descent.

Atrophic gastritis is also common in those of Hispanic or Asian descent.

Having atrophic gastritis or the autoimmune form of it greatly increases your chances of developing stomach cancer.

Most cases of atrophic gastritis are asymptomatic and usually, go undiagnosed. Still, the following symptoms are manifested if an H. pylori infection is present:

The autoimmune form of A. gastritis can cause a B-12 deficiency thereby leading to symptoms of anemia such as:

AB-12 deficiency can also cause nerve damage which will lead to:

A diagnosis of gastritis involves a detailed clinical history, physical examination and inspection, and testing. During the physical examination, the doctor gently presses on certain stomach areas to elicit stomach tenderness. Signs of B-12 deficiency are also looked for such as paleness, increased pulse rate, and neurological deficits.

The doctor may further send for blood tests to check for the following:

In some cases, the doctor may have to carry out a biopsy by inserting a long, thin, flexible tube (an endoscope) with a light source down the throat and into the stomach, to check for any evidence of atrophic gastritis. Upon testing of the biopsied tissue, signs of an H. pylori infection may also be seen.

Treatment is aimed at the elimination of bacterial infection using antibiotics. Medications that neutralize or reduce stomach acids may also be prescribed by the doctor. The stomach lining heals better in a less acidic environment. Those with autoimmune atrophic gastritis will benefit from B-12 injections.

Once treatment has been instituted, most people will see an improvement in symptoms.

It is hard to prevent this condition but you can reduce your risk of developing an H. pylori infection by practicing good hygiene. This includes hand-washing after using the toilet and before handling food. Caregivers or parents of young children should ensure to wash their hands after handling soiled diapers or linens. You can further avoid the spread of bacteria by teaching your children good hygiene practices. 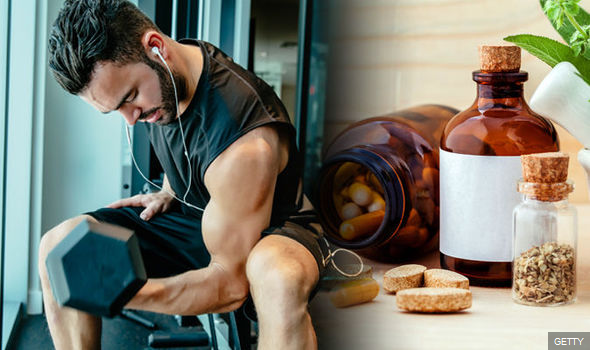