In the management of asthma symptoms, you would first want to be aware of your asthma triggers so that you can keenly avoid them. Avoidance of the triggers can only do little for you as you may need to use an asthma drug to help manage the symptoms.

The proper asthma medications you will take depends on a host of factors such as your age, symptoms, triggers, and response to therapy. The drugs that are effective for the treatment of asthma, including the ones that are recommended by the American Lung Association are not sold over-the-counter. As a matter of fact, asthma medications sold over-the-counter are not recommended by doctors but a doctor will rather prescribe the drug that will work best for you after careful consideration of individual factors.  Being aware of the various sorts of asthma medications available for the treatment of asthma will help the doctor work better with you to determine what treatment you best need. Keep reading this article so as to be informed on the asthma medications available including their mechanism of action and the side effects they have.

Asthma medications come in various preparations such as tablets, liquids, injections, and inhalers. Plenty of them come in the form of sprays or powders that are to be inhaled into the lungs. The vehicle of administration is either through a nebulizer or an inhaler. These two vehicles have a rapid onset of action and are long-lasting. In general, the vehicle used will not alter the potency of the drug. It’s all about what fits one best as each one has its advantages and disadvantages.

They are devices that are hand-held and used to deliver medications to the lungs. They need the full participation of the user because the user has to first press the apparatus before inhaling the medication. Inhalers are not cumbersome but are rather small, portable, light, and can be easily misplaced. If you make you of an inhaler or a close relative does, always have a backup plan in the case of a flare up and an inhaler is not readily available.

A dry powder inhaler, on the other hand, delivers the medicine in powder form thus you need to forcefully inhale the powder from the inhaler during use. It is more tasking for the user when compared to the metered dose inhaler and is also not very good for little children.

They are either battery powered or electric powered devices that convert liquid asthma medications to a gaseous form that is then inhaled. They are very good for children because they are automatic. A nebulizer mouthpiece or facemask is worn and the gas is inhaled to receive the medication. The amount of time it takes for the medicine to be inhaled from the nebulizer is within 5 to 10 minutes. The disadvantages of this device is that they are more bulky, loud, less portable and need a power source.

Asthma medications are either in the bronchodilator group or in the anti-inflammatory group. The mechanism of action is by targeting the two major symptoms of asthma.

Bronchodilators act by relaxing the already constricted lung muscles thereby opening up the airways and making breathing much easier. Bronchodilators are used for rapid relief from asthma symptoms.

Anti-inflammatories help to relieve the ongoing inflammation in the lungs by reducing lung swelling and irritation to help enhance breathing. Anti-inflammatory drugs are used daily to prevent the symptoms of asthma.

Asthma medications are also classified as quick-relief or long-term drugs. Every quick-relief drug falls into the bronchodilator group. Quick-relief drugs are otherwise called the rescue therapy and are used when rapid relief from an asthma attack or flare up is needed.

These medications give an almost instant relief during an attack of asthma and the effect is even prolonged for several hours after the attack. The drugs of choice for managing exercise-induced asthma attacks are the short-acting beta agonists and they include:

When very severe, these drugs can cause arrhythmias.

They are also rapid-acting, inhaled bronchodilators that give fast relief from an asthma attack. An example is ipratropium bromide (marketed as Atrovent HFA).

The usual side effects of anticholinergics include:

Other side effects which can occur, though rarely, include:

LONG-TERM MEDICATIONS FOR THE CONTROL OF ASTHMA

These drugs are taken on a daily basis. They are used to specifically prevent the symptoms of asthma from developing rather than treating a sudden asthma attack. For the long-term treatment of asthma, an anti-inflammatory drug, a bronchodilator, or a combination of the two will be prescribed by a doctor.

They are the most potent and commonly prescribed long-term asthma medications. They are also anti-inflammatory drugs. Examples include:

The very frequent side effects of the drugs include:

Other possible side effects, though rare include:

These are systemic drugs that have an effect on the entire body. They are used to treat the symptoms in severe asthma cases. They are anti-inflammatories and their mechanism of action is by reducing airway swelling and inflammation. They are taken by mouth and examples include:

Persistent and long-term use of corticosteroids will give side effects that are very serious. Thus, these drugs are only fit for short-term use. Examples of severe side effects include:

These drugs are in the bronchodilator group. They are used to help prevent the attacks of asthma and are taken twice daily via an inhaler. They are not used in isolation but alongside an inhaled corticosteroid. They are rapid-acting drugs and can give relief for as much as 12 hours.

Examples of the drugs include;

The more frequent side effects of these drugs include headache and muscle pain. The rare but very severe side effects include bronchospasm and throat spasm.

They are commonly prescribed for asthma. They contain a corticosteroid and a long-acting beta agonist. The available combinations in the United States include:

The usual side effects of these drugs include headache and throat infection. The serious, though rare side effects include hypertension, heart arrhythmias, and bronchospasm.

These drugs are anti-inflammatory but their mechanism of action is not the same as that of corticosteroids. They are available in tablet form and act by opposing the action of leukotrienes. Leukotrienes are lung substances that cause airway constriction and excess mucus production in the lungs.

Examples of leukotriene modifiers include:

The usual side effects of these drugs are a headache, stomach pain, and muscle pain. The more serious side effects include liver damage, blood disorders, and seizures.

They are bronchodilators though they are also believed to have some anti-inflammatory actions. They are available as tablets. Examples include theophylline (Theochron, Theo-24, Elixophyllin).

They are not prescribed often because they need careful monitoring to ensure that their concentration within the body is in a narrow range. If their concentration exceeds a certain range, one is at risk of serious effects such as heart arrhythmias and seizures.

These are also called biologics. They exert their action on the immune system and block substances that cause the attacks of asthma. They are usually prescribed for those whose asthma symptoms cannot be controlled by any other medications. Examples of these drugs include:

All these drugs have their respective side effects, but the more frequent ones include:

The more severe side effects, though rare, include:

There are various modalities of treatment for asthma symptoms. The sort of drug, dosage, and duration of administration depend on individual factors such as age, the extent of severity of symptoms, the triggers, and your lifestyle. Be compliant with the medications prescribed as this will help to better manage the symptoms, speak to your doctor frequently about the symptoms and their response to treatment as they will continually help you to get the best treatment plan. 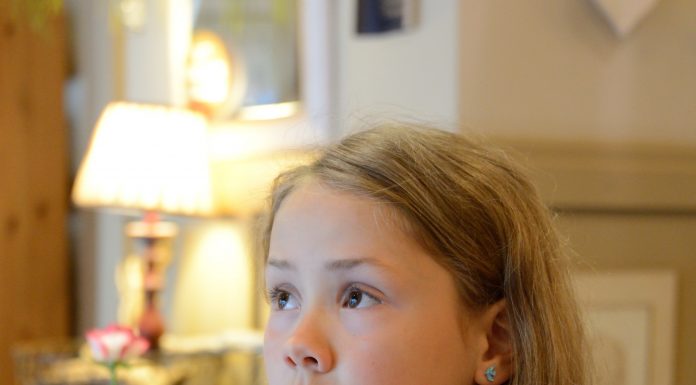 Here’s What You Should Know about Successful Pregnancy after Miscarriage