What is the antistreptolysin O (ASO) titer test?

The body occasionally comes in contact with a harmful bacteria. In such circumstance, it makes substances called antibodies which help to fight against these bacteria. The antibodies made by the body specifically targets the bacteria they are going to attack. The antistreptolysin O (ASO) titer test is a test done to check for the presence of a streptococcus infection.

Normally, a strep infection, like other infections needs an antibiotic for it to be cleared and the microorganism killed but some individuals are symptomless during an attack of strep infection and do not realize that they need intervention. This kind of circumstance makes the infection which has not been treated to get complicated and these complications are called post-streptococcal complications. The antistreptolysin O (ASO) titer test can tell the presence of recent or active infection by quantifying the antistreptolysin antibodies present in the blood.

How useful is an antistreptolysin O (ASO) titer test?

Post-streptococcal complications have symptoms specific to it. A doctor would likely order for an antistreptolysin O (ASO) titer test if these symptoms are present. The symptoms include:

The antistreptolysin levels after an episode of strep infection climax in the blood within 3 to 8 weeks. These high values can be maintained for a long time even for months. The antibody level will be assessed and this gives an idea whether the symptoms experienced are due to a post-streptococcal complication.

Liaise with your doctor as they will inform you of any prior preparation that must be done before the test commences. For example, you may have to stay away from taking any foods both solid and liquid for at least 6 hours before the test.

Other times, the doctor may ask you to withhold the intake of some medications some days before the test as drugs like corticosteroids and antibiotics may interfere with the ASO titer levels thus posing a diagnostic difficulty. Speak to your doctor about the drugs you are taking both prescription and over-the-counter drugs but don’t quit taking your drugs except the doctor says so.

What happens during the antistreptolysin O (ASO) titer test?

A blood sample is needed for the test. The health care provider or nurse or a lab scientist collects a blood sample from veins that are present either in the hand or close to the upper arm. A tourniquet is first tied to enhance the visibility of the veins before the site is disinfected and blood got into a tube. The sample is then sent to a laboratory for analysis. Results are being explained by a doctor.

Complications that are linked to an antistreptolysin O (ASO) test

Very minimal risks are linked to this test and they are usually experienced during or a little while after the blood sample collection such as pain. Other possible risks include:

An antistreptolysin O (ASO) titer test level less than 200 is taken as normal but for children less than 5 years, their levels should be much lower-below 100. These results are laboratory-dependent as each laboratory may have their normal ranges.

An increased ASO tite value suggests the presence of a post-streptococcal complication.

Despite a normal ASO titer result, a doctor may still strongly think that there is a post- complication especially when the symptoms are very glaring and may request for a repeat of the test.

The repeat test is done within 10 to 14 days and it is confirmatory. Normally, ASO antibodies are made by the body within 7 days of infection so if the two test results are negative, the symptoms may just be caused by another condition and not a streptococcal infection so a different kind of antibody test can be done to remove doubts.

If ASO levels are on the rise, the body most likely went through a recent infection. For decreasing antibody levels, the interpretation is that the infection is going and the body is getting better. 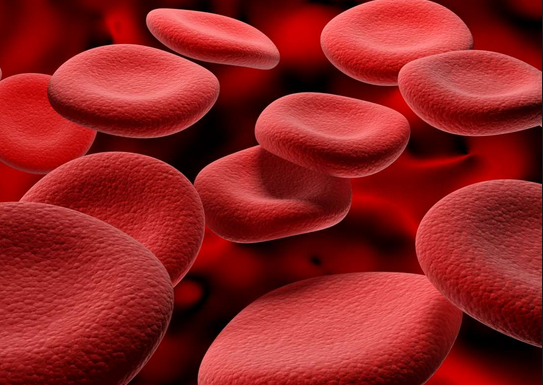 COPING SKILLS FOR ANXIETY: 11 Effective Ways of Dealing with Anxiety

What’s So Special About Abhyanga Massage?