What is an antinuclear antibody panel?

The immune system makes antibodies which help the body to detect infections and combat it. These antibodies under normal circumstances target only substances that are harmful to the body such as harmful microorganisms like viruses & bacteria. Once our immune system gets activated, it rids the body of these harmful substances.

Other times, antibodies accidentally target the body’s own tissues and cells – those that are healthy, in a process called autoimmune response. These antibodies that fight healthy proteins resident in the nucleus of the cell which is the cell’s main regulator are referred to as antinuclear antibodies (ANA).

When signals are sent to the body to unknowingly attack its healthy cells, it results in autoimmune diseases such as scleroderma, lupus, autoimmune hepatitis, mixed connective tissue disease etc.

Symptoms are disease-specific and usually include swelling, rashes, joint pains, inflammation or excessive tiredness. The presence of ANA isn’t a sign of a disease as it could also be detected in normal individuals, it is only problematic when the in the blood is in excess and this points to an active autoimmune disorder. An antinuclear antibody panel is helpful in determining the level of antinuclear antibodies in the blood. Higher values mostly point at an autoimmune disease but certain disorders such as cancer, infections and other disease conditions can also give a positive antinuclear antibody panel.

When is an antinuclear antibody panel required?

No prior preparation is required for the antinuclear antibody panel. Always disclose to your physician any drug or supplement you are taking even the ones gotten over-the-counter. Few drugs can tamper with the test results e.g. seizure medications, heart medications.

What to expect during the antinuclear antibody panel

Just like other hematological tests, a phlebotomist ties a tourniquet around the upper arm thereby making the veins more engorged and more visible. This eases the process of locating a vein.

The site is cleaned using an antiseptic such as alcohol and needle is then inserted into the veins. Slight pain may be felt as the needle advances but the procedure by itself is not painful.

A tube joined to the needle collects the blood. The phlebotomist then removes the needle from the vein and covers the site with a sterile gauze or cotton wool coupled with the application of slight pressure to prevent further bleeding.

For little children or babies, a lancet may be used to just cause a prick enough to send out blood which is collected in a pipette. A test strip may also be used to collect the blood. Blood gotten is sent to the laboratory for examination.

Minimal risks are associated with conducting an antinuclear antibody panel. Those whose veins are a little hard to find than others may be a bit more uncomfortable than others during the test, e.g. obese people. Other risks include:

A test that produces a negative result decreases the likelihood of an autoimmune disease. However, if symptoms are present, you may need confirmatory tests. Even some people who actually have autoimmune diseases may test negative for ANA but positive for other antibodies.

A test result that is positive for ANA means that the level of ANA in the blood is quite high. When an ANA test is positive, it is reported as two things-as a ratio (called a titer) and as a pattern, which could be smooth or speckled. Different diseases have different patterns.

The greater the titer level, the more the result is likely to be a true-positive result, which means that the ANAs are significant and autoimmune disease is present.

A positive ANA result is not a certainty that an autoimmune disorder is present. About 15 percent of very healthy people have a positive antinuclear antibody panel. This is termed as false-positive antinuclear antibody panel result. ANA titers tend to increase with increasing age in healthy individuals, so it’s necessary to talk to a doctor concerning the symptoms and ask for interpretation of results.

If your first contact doctor requested for the test, he or she may consider the option of referral to an autoimmune specialist- a rheumatologist especially when the ANA result is abnormal so further review can be done. They are more skilled in the field and help to tell if the results are specific to a certain condition.

Different laboratories may have varying standards for a positive test. Speak with a doctor so they can explain what the levels mean and how the symptoms experienced can be related to the presence of ANA.

An antinuclear antibody panel that comes back as positive requires additional testing to confirm the diagnosis of a specific condition.

Talk to your doctor about further tests that are necessary to rule out and identify conditions that prove the underlying cause of the increased antinuclear antibodies in the blood. 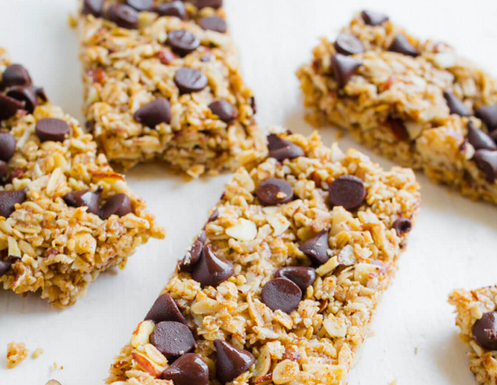