What is an animal bite?

An animal bite is that which is gotten from domestic animals such as cats and dogs. While bites from dogs causes more injuries, that from cats causes a lot of infections. A study by the American Academy of Pediatrics has it that the animal bite infections occurs in at least 10 to 15 percent of dog bites and 50 percent for cat bites.

One major reason why animal bite infections occur is that the bite is done on the fingers and the hands. The body finds it difficult to fight infections on these parts of the body. Also, the bacteria may be present either on the skin of the victim or in the animal’s mouth. The infections arise when these bacteria penetrate the skin.

As the bacteria increases in number, symptoms show up. These symptoms are mainly caused by the body’s immune response. Two examples of the symptoms are swelling and inflammation. Animal bite infections are very serious and may be fatal if left untreated. Animal bites that do not cause open wounds are not dangerous. Scratches or scrapes that just graze the surface of the skin have a very small risk of infection. The risks of infection higher for lacerations or cuts. Puncture wounds caused by cats tend to have the highest risk of infection.

The different types of animal bites

Dog bites: All dogs can bite – no matter how gentle they may be. Every dog breed has the potential to bite. In some cases, a person may be bitten by the dog that he or she is familiar with.

Up to 90 percent of animal bites in the United States are caused by dogs. Also, at least one percent of injury-related visits to the emergency room are attributed to dog bites – this is according to the American Family Physician.

Children are at greater risk of suffering from animal bites compared to adults.

Cat bites: The teeth of cats can cause deep puncture wounds that are difficult to clean. Because the teeth is very sharp, the wound can be small but very deep, thus easing the healing process. This on the other hand can trap bacteria inside.

At least 5 to 10 percent of the animal bites reported in the United States are from cats. Most victims of cat bites are women. Most cat bites result from intentional contact, like attempting to pet or feed the cat.

Bites from wild animals may result in rabies. This is in rare cases though because people hardly come in contact with wild animals. Rabies is a viral disease, and extremely life-threatening. Any animal bite that results in breakage of the skin should be treated with immediate effect. Also seek medical attention if you have a bat in your bedroom, even if you do not see visible bites.

All animal bites should be cleaned thoroughly; and watched closely. Seek medical attention if symptoms of an infection develop.

In many cases, animal bites may be polymicrobial, meaning that many species of bacteria are present.

Tetanus may develop from the bacteria. Tetanus is a bacterial disease that affects the central nervous system. This condition is usually very serious. Puncture wounds from animal bites in many cases lead to tetanus.

The symptoms of animal bite infections

You are advised to consult your physician as soon as you can if you notice any of these less common symptoms, especially if the symptoms do not improve on their own.

The risk of animal bite infections is much higher in cat bites compared to bites from dogs.

Other risk factors that may raise the chances of a bite turning into an infection include:

Before a diagnosis can be done, your physician will inquire about the bite. Questions that may be asked include:

An X-ray may also be considered to determine whether or not the infection has spread to the bone, especially if the bite is on the hand or finger. The spread of an infection can be checked with a blood test. The infection is usually known as sepsis. Sepsis and infection of the bone are life-threatening conditions.

How are animal bite infections treated?

The first thing to do after an animal bite is to clean and assess the wound. This can help prevent an infection. You can take the following steps to clean the wound resulting from an animal bite:

For wounds that are deep, or those showing symptoms of an infection:

In the even that an infection sets in, you will be given some antibiotics. Usually, a round of treatment lasts between five and ten days. However, the duration of treatment depends on a number of factors, including:

For bites that are infected, you may be given intravenous antibiotics until the infection clears. However, most infected bites will only require oral antibiotics.

Your physician may also prescribe a tetanus booster shot. This is dependent on the severity of the bite and your vaccination status.

After determining the extent of infection via blood tests, the wound will be stitched. You may be asked to go for a follow-up visit after 48 hours to monitor the wound.

If it is left untreated, the infection from the bite can spread, resulting in serious medical problems. Generally, infections develop within 24 to 48 hours.

Patients are advised to seek immediate medical attention if:

Please consult your physician if the animal that bit you shows symptoms of illness. Complications of animal bite infections include tetanus and rabies.

Symptoms associated with this disease include:

Tetanus infection is very rare in the United States because of the tetanus vaccine. A statement by the Centers for Disease Control and Prevention (CDC) has it that children should be given five shots of the vaccine by the time they get to six years of age. Teens and adults should be vaccinated every ten years. If you are not sure how long it has been since you got your last shot, please opt for another dose of the vaccine. Tetanus has no cure.

The United States rarely records cases of rabies. According to the CDC, only one to three cases are recorded each year. Rabies is a viral disease, and symptoms associated with it include:

Once symptoms show up, then the next thing may be death. Because of this, healthcare professionals will commence immediate treatment if a person has been bitten by an unvaccinated animal that exhibits any symptoms of the disease. If a wild animal caused the bite or scratch, it should be captured but not killed. If it is a pet, the doctor should check its vaccination records. The animal may also be observed for some period of time.

The outlook for animal bite infections

An infected animal bite should improve within 48 hours of treatment. If no improvement is noticed in the symptoms, then consult your physician immediately. It is important that you follow up with your physician to ensure that the wound and infection heals properly. You will also be informed if any adjustments are to be made to your treatment plan. 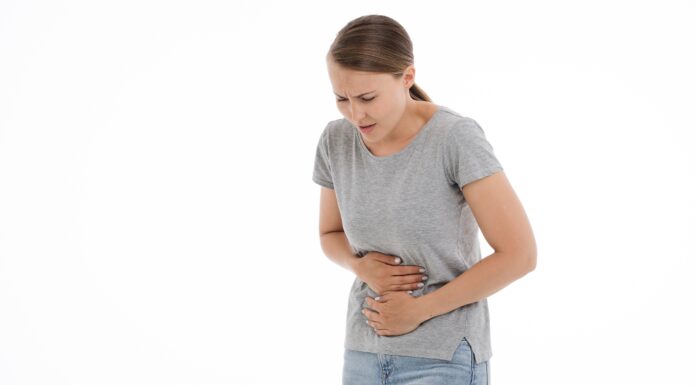 How To Cope With Nicotine Withdrawal