What is amyotrophic lateral sclerosis?

Amyotrophic lateral sclerosis (ALS), also known as Lou Gehrig’s disease, is a disease that affects the major components of the central nervous system – the brain and the spinal cord. Actually, it is a degenerative disease of the central nervous system. With amyotrophic lateral sclerosis, the patient suffers a loss of control of the voluntary muscles. The most affected parts are the nerves that control deglutition, speech, movements of the limb. It is quite unfortunate that till date, no cure has been created for this disease. The name Lou Gehrig’s disease is credited to Lou Gehrig, a famous baseball player who was diagnosed with the disease in 1939.

According to an estimate by the Mayo Clinic, at least five to ten percent of cases of amyotrophic lateral sclerosis are caused by genetics. Other causes have not been fully understood. Certain factors that may contribute to the occurrence of this disease include:

Studies by the Mayo Clinic has shown that exposure to the heavy metal, lead, smoking, and military service are also some possible factors that increase the risk of having this disease. Usually, symptoms of amyotrophic lateral sclerosis occur between the ages of 50 and 60. However, symptoms may occur earlier in some cases. Amyotrophic lateral sclerosis occurs more in men than it does in women.

What is the frequency of occurrence of amyotrophic lateral sclerosis?

The symptoms of amyotrophic lateral sclerosis

Most of the autonomic functions of the body are controlled by the medulla. These functions include blood pressure, breathing, and heart rate. When the medulla is damaged, it may cause such issues as:

There may be a degeneration of the anterior horn of the spinal cord. When this happens, it results in:

Early symptoms associated with amyotrophic lateral sclerosis include difficulty in carrying out daily tasks such as ascending the stairs, swallowing, speaking, or weakness in the arms and the hands. The early symptoms present itself in certain parts of the body. They are usually asymmetrical, the implication being that they occur in one side of the body. The symptoms of the disease cross to other regions of the body as the disease progresses. Bilateral muscle weakness becomes common. This, in the long run, results in weight loss from wasting away of the muscles. The urinary tract, senses, and bowel function are not tampered with.

Is the thinking process affected by amyotrophic lateral sclerosis?

A neurologist carries out the diagnosis of this disease. There is no one test for amyotrophic lateral sclerosis. It may take some weeks to even months to come up with a diagnosis.

The occurrence of a neuromuscular decline may be the first indication that you have ALS. Your physician will place you under surveillance to see if your symptoms are getting complicated by the day. Such symptoms that he will watch out for include:

So many conditions may give rise to these symptoms. Hence, to give a diagnosis, your doctor will need to study and then rue out other health issues. This is effected with many diagnostic tests such as:

Digestion of food and breathing gets complicated as amyotrophic lateral sclerosis gets complicated. The subcutaneous tissue and the skin are also affected. There is a deterioration of most parts of the body, and it is necessary that all are treated appropriately.

This is the reason why specialists and doctors work as a team to treat ALS patients. Specialists involved in the treatment of this disease include:

There is need for care for people suffering from ALS. They need all the support they can get especially when taking medical decisions.

The only drug used for the treatment of amyotrophic lateral sclerosis is Riuzole. It allows the patient to live for several months beyond the expected death day. However, it cannot entirely eliminate the symptoms of the disease. Other medications that aid the treatment of ALS include:

Research is ongoing on how effective the following drugs may be in the treatment of hereditary amyotrophic lateral sclerosis:

The complications of amyotrophic lateral sclerosis

It is expected that patients of ALS would live between 2 and 5 years. An average of 20 percent of ALS patients live up to five years. Ten percent of patients live beyond five years – up to ten years. Death is caused mostly by respiratory failure. ALS has no cure for now. Nevertheless, supportive care and medication can improve the quality of the patient’s life. With proper care, the patient can live comfortably and happily for as long as he or she wishes. 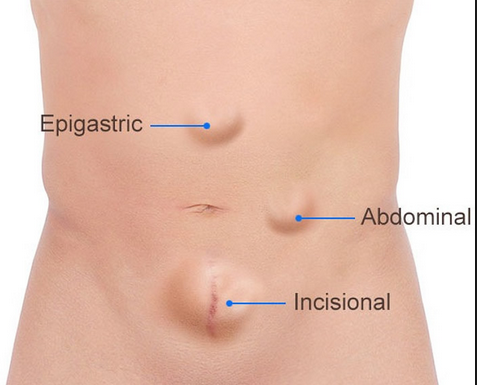 Here’s What You Need to Know About Anxiolytics