Certain folks are happy using supplements and herbs rather than more traditional treatment methods. There a lot of mixed opinions as to their effectiveness. While studies have shown that these treatments are effective, there is very little scientific research to back this up. So what do we really know about the benefits and the risks?

Phytosterols or plant sterols are also known as phytochemicals. They are a group of chemicals occurring naturally in some foods and within the body. Phytosterols have a positive effect on the health though they are not essential nutrients. They are present in many foods such as:

Orange juice, margarine and other processed foods are laden with plant sterols.

It is thought that these substances minimize the level of cholesterol in the blood by inhibiting the absorption of low-density lipoprotein cholesterol. A research published in The American Journal of Cardiology has shown that a daily intake of 2 to 2.5 grams of cholesterol can reduce the level of low-density lipoprotein cholesterol by 14 percent in certain persons. This quantity of sterol can be added to one’s daily diet by taking two 8-ounce drinks of orange juice fortified with plant sterol.

Omega-3 fatty acids is found mainly in fish oil. It inhibits the buildup of plaque in the arteries. Arterial plaque arises from the combination of cholesterol, calcium and fat, with other substances in the blood. If the plaque accumulates and hardens within the arteries, then the lumen of the arteries will get narrow. This raises one’s risk of a heart attack or a stroke.

When consumed in large amounts, fish oil increases the risk of bleeding in some persons. If you have been taking blood thinning medications, then you may want to stay clear from fish oil. Please consult your physician before you take fish oil supplements, especially if you are on treatment with other medications. With your doctor’s help, you can get the right dosage.

This is produced via fermentation of rice with Monascus purpureus (red yeast). The Chinese have used it for hundreds of years both as a cooking ingredient and as a medicine. You can purchase it from pharmaceuticals and drug stores in capsule form.

Red yeast is used basically for reducing cholesterol levels. Monacolins are the active ingredient of red yeast. These chemicals interfere with the production of cholesterol. Monacolin K, a classic example of the monacolins in red yeast, has a similar structure to lovastatin, a cholesterol medication. Sometimes, your physician will prescribe lovastatin for you, or other statin medications that help reduce the level of LDL cholesterol.

A heated debate in ongoing on whether or not red yeast rice should be banned an OTC and sold as a prescription drug. This is because it contains similar components as some prescription medications. According to the Food and Drug Administration, red yeast price products that contain substantial amounts of monacolin K cannot be marketed legally as a dietary supplement. However, that notwithstanding, the labels in most red yeast products do not state the amount of monacolin present. Hence, the buyers are kept in the dark as to the amount of monacolin K present, and its safety level.

Niacin is otherwise known as nicotinic acid. It is a vitamin B. The body uses niacin to convert food to energy. With niacin, the health of the nervous system, the eyes, skin, hair and the gastrointestinal tract are sound. Niacin is present in large quantities in our daily diet, but some people do take supplements in the form of multivitamins.

There are many natural and excellent sources of niacin. These include:

To benefit from the cholesterol-lowering effects of niacin, you must take it in high doses, such that only be prescribed by a physician. Niacin can also be purchased as an OTC supplement. Because there is no strict regulation for OTC supplements, unlike prescription medications, the ingredients vary widely. The user should understand that high doses of niacin has potential side effects which may be harmful. These include:

Because of these side effects, it is best that you discuss with your physician whether or not it is good for you.

So what can be done?

If you seek some ways to reduce your cholesterol level, then there are some few steps you may take: 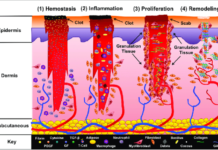 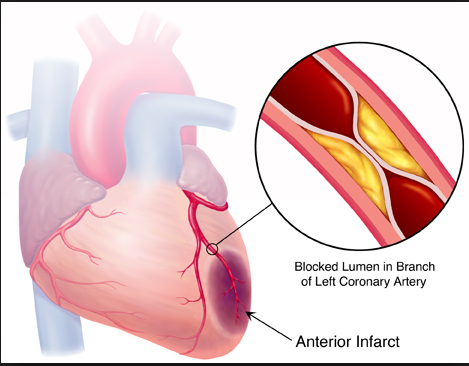