What is adrenal cancer?

Your body is constantly producing new cells and destroying old ones. This is how the body keeps the cells in shape and function. There are times that a particular cell can be produced in an excess amount to the detriment of the body’s overall health. And this overly produced cell can travel to other organs and tissues of the body. When the affected organ is the adrenal gland, it will be called adrenal cancer.

You have two adrenal glands in your body. They are directly above the kidneys. Each of these glands is organized into two distinct parts – the medulla and the cortex. The medulla is the innermost part while the cortex is the outermost part of the gland.

The adrenal cortex is the part that is involved in adrenal cancer. It develops as a tumor. The tumor can be mild or severe. The mild form is medically referred to as a benign adenoma. Benign adenomas are noncancerous and are not up to two inches in diameter.  They can affect one or both glands.

The severe form is the cancerous type. It is termed adrenal cortical carcinoma and it springs forth from the adrenal cortical cells themselves. This variant of the adrenal tumor is larger than two inches in diameter and can suppress other organs due to its size. It can also alter processes in the body because of the hormones they produce in excess.

Cancerous cells from the breast, skin, stomach, lymphoma, and kidney will most likely spread to the adrenal glands.

The symptoms that will be produced because of excessive androgen or estrogen in children will be more pronounced than in adults. This is because they are associated with physical changes and these are visibly active during puberty.

A look at some of these symptoms!

Symptoms won’t appear in about 50% cases of adrenal cancer cases until the tumor has grown so big that neighboring organs have been suppressed and oppressed!

When women have adrenal tumors that triple androgen levels, their face may start growing hairs and their voice might become deepened.

When men have adrenal tumors that excess production of estrogen, their breast tissues will begin to grow. They will also experience breast tenderness.

When cortisol and aldosterone are produced in excess in adults, these symptoms will be expressed:

Adrenal cancer can not actually be said to be caused by a particular agent. But the American Cancer Society has claimed that approximately 15% of reports of adrenal cancer shave some genetic undertones. Some of these genetic factors have been submitted. They include:

There are speculations that smoking may likely increase the risk of adrenal cancer development.

When your medical history has been taken and some physical examination was done on you, your doctor will proceed to undertake the following tests on you:

If your tumors can be diagnosed and treated early, you can be cured of it.

The surgery that will be employed for the removal of the tumor is called adrenalectomy.  In adrenalectomy, your adrenal gland will be removed. Neighboring tissues and lymph nodes that cancer has affected will also be removed surgically.

In radiation therapy, high-energy X-rays are focused on the cancer cells to destroy them energy will also prevent new ones from growing.

This usually depends on the stage of cancer. When the tumors have grown so big and are beginning to spread to other tissues, chemotherapy will be perfect to stop them. The chemical substances can be administered orally or intravenously.

Your doctor can choose to include other treatment forms with chemotherapy for more effective results.

When the tumor has become unsafe and difficult to remove surgically, an ablation will be inevitable. This involves the destruction of the tumor cells.

This drug, Mitotane (aka Lysodren) can also be used to treat adrenal cancer. It can be given before or after surgery. It is very potent in limiting excessive production of adrenal hormones. It will also reduce the size of the tumors. Biologic therapy is a clinical trial treatment your doctor can consider. It involves the use of your immune system to combat cancer cells.

If you have adrenal cancer, different doctors will work together to ensure you are fine at the end of the day. You will have to go for a series of follow-up appointments with your doctors. They are very important especially if you have had the same condition in the past. Cancerous cells can revisit, you know. So you just have to ensure you see your doctor as often as possible. 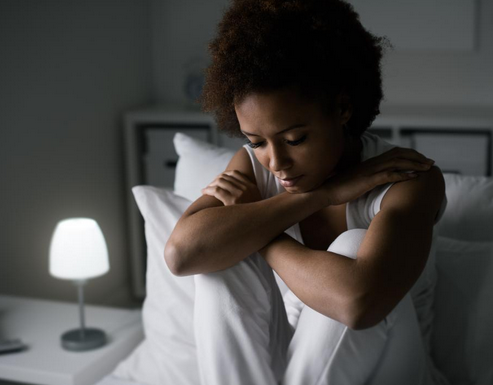 Health Effects of Guilt: What you need to know