Its cause is associated with raised blood levels of estrogen. Adenomyosis will typically disappear a year after your last menstruation – menopause.

There are several theories about what causes adenomyosis. These include:

Although its cause isn’t yet known, the following factors predispose women to its development:

It could be mild or severe. And some women might not even experience any symptoms at all. The following are very common:

A complete evaluation by your doctor can help in determining what the best choice of treatment will be. Your doctor will assess your uterus to see the extent of the swelling. Adenomyosis can increase a woman’s womb (uterus) to twice or even thrice its normal size.

He will also recommend an ultrasound so as to rule out any possibility of the presence of tumors in the uterus. Sound waves are used to produce clear images of the uterus. A conducting gel will be rubbed on your abdomen. A small handheld probe will then be placed over the area of the abdomen that has been gelled. This probe while being moved over your abdomen will produce moving images on a projected screen. In this way, the doctor can see the inside of the uterus.

An MRI scan is another imaging test that your doctor might recommend. In MRI, magnet and radio waves are used to create high-resolution images of your uterus. You will be required to lie on an examination table while the table will be slid into the scanning machine.

Notify your doctor before you subscribe to an MRI scan if you have any metallic implants on you –piercings, pacemaker, metal shrapnel etc. If you are pregnant too, be sure your doctor is aware of it.

If the condition is mild, treatments might not be needed. However, treatments will be needed if the symptoms are affecting your daily activities.

These medications reduce blood flow while you are menstruating. It also relieves severe cramps. It has been suggested by Mayo Clinic that taking ibuprofen or any anti-inflammatory drug 2-3 days prior to the start of your menstrual flow can be very effective. It will even be more effective if is continued during your menstrual flow. If you are pregnant, don’t attempt to take any inflammatory drugs.

Hormonal treatments can help to control estrogen levels that could be enhancing the symptoms. Some examples include:

In this approach, the lining of the uterus, are either destroyed or removed. It can be done outside the hospital and the recovery time is very brief. Not everyone can tolerate the procedure because of the fact that adenomyosis penetrates deeply into muscle tissues.

In uterine artery embolization, certain arteries are blocked from carrying blood to affected areas. Adenomyosis will shrink in the absence of blood supply.

This procedure is typical for the treatment of uterine fibroids. It is done in the hospital. It requires you to stay overnight afterward. It is a minimally invasive procedure that won’t give scars to the womb.

MRgFUS employs accurately focused high-intensity waves to generate heat. This heat then destroys the targeted tissues. The heat is controlled so it doesn’t get out of hand. MRI images are used to monitor them. It has been proven to provide relief of symptoms in plagued women.

Hysterectomy is the only sure way to cure adenomyosis. It means the womb will be completely removed. It has been described as a major surgical intervention for severe adenomyosis. Plus, women who no longer plan to have kids can consider this option.

In adenomyosis, your ovaries aren’t affected and hence might not be removed alongside the uterus (womb).

The symptoms that are associated with adenomyosis can have a negative outcome on your lifestyle. For instance, some women who have adenomyosis might experience excessive bleeding characterized by pelvic pain. This alone can stop them from having a nice time with friends and family members. It will even affect their sexual life.

Also, affected women are at an increased risk of developing anemia because of excessive bleeding. In anemia, the body has a deficiency in iron and this is very critical in the formation of red blood cells. The red blood cells are responsible for conveying oxygen from the heart to all the tissues of the body. Typical manifestations of the condition are dizziness, fatigue, and moodiness.

People with this condition have also been reported to suffer from depression, anxiety, and irritability.

Adenomyosis is not a life-threatening disorder. As you have read in this article, different treatments exist that can be used to alleviate symptoms. A hysterectomy can eliminate adenomyosis at once. It is the only treatment option that can achieve that.

After menopause, it will go away on its own without medications. 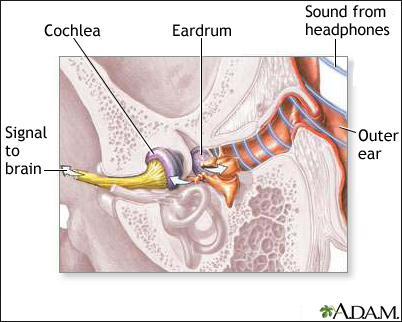