Adenoid removal or adenoidectomy is done surgically in the hospital. Adenoids can be found inside the mouth, the roof of the mouth in particular. They are seen in between the point where the throat meets with the nose, in essence, behind the soft palate.

The adenoids are small glands that produce antibodies. Antibodies are white blood cells that ward off infections from the body. They are only present in children and adolescents as they eventually disappear by adulthood. They simply keep shrinking in size until they shrink away completely

Adenoids can be removed together with the tonsils. The removal of tonsils is termed tonsillectomies. This is common when there are serious infections of the throat and respiratory system that eventually bring about inflammation.

Why perform an adenoidectomy?

When your child has throat infections frequently to the extent that his adenoids now become enlarged, then an adenoidectomy will be carried out on him. This is because when adenoids are enlarged, they can impede breathing. They can even impede their Eustachian tubes. The Eustachian tubes are passages that link the back of your nose to the middle part of your ears.

Ear infections can arise when the Eustachian tubes are blocked. And this can be a threat to your child’s hearing and .

Some children have even been reported to have been born with enlarged adenoids.

How to prepare for an adenoidectomy

Bleeding readily occurs in the mouth and throat when compared to other body areas.  What your doctor will hence do first on your child will be to carry out blood tests. The blood tests will include a blood clotting test to be sure he/she doesn’t have issues with the formation of blood clots. Their red and white blood cells will also be assessed to be sure they are normal.  This is a preoperative test that ensures that your child does not suffer death from serious bleeding in the process of the surgical operation.

During your first visit to the hospital, you will be instructed by your child’s doctor not to give him/her medications that can predispose him/her to have blood clotting abnormality. This will likely be that week when he/she will be operated upon. Common drugs that can affect blood clotting are aspirin and ibuprofen.

If your child has to take pain-relieving medications within that time frame, your doctor might likely recommend acetaminophen (aka Tylenol).

A day to the surgery day, your child shouldn’t drink or eat anything from midnight downwards.  If he has to take anything, it will be the medication the doctor had earlier recommended as part of the surgical treatment. A very little quantity of water should be given to the child in this instance.

How an adenoidectomy will be performed

Your child’s adenoids will be removed through his/her mouth. A small instrument will be inserted into your his mouth. Once in the mouth, it will keep his/her mouth opened. The adenoids will then be removed. The area where the adenoids are removed will be surrounded with adsorbent materials such as gauze as the operation is ongoing. The gauze will help in preventing or rather controlling bleeding from the area where the incision was made to remove the adenoids.

Stitches won’t be necessary. Your child will still be sleeping after the surgery because of the anesthesia. He or she will be kept in a recovery room pending the time he or she will be up from sleep. He will be given medications that will relieve pains and reduce swelling from the procedure.  Once your child is up, he is ready to go home with you that same day although a full recovery can take up to 2  weeks.

What happens after an adenoidectomy?

It is normal for your child to have a sore throat for about three weeks post-surgery.  Give him or her plenty of water and fluids to prevent the body from going into a state of dehydration. A well-hydrated body can relieve pain. In the first week of discharge from the hospital, your child should not be given foods that are hot, spicy, or hard. Rather, let him or her take desserts and cold liquids. They will help him experience less discomfort in the throat.

You should consider the following as cool for your child’s sore throat while he still recovering: water, pudding, ice cream, , apple source, soft-cooked meat, vegetables, sherbet, and warm chicken.

You can consider getting an ice collar for your child. In fact, you can even make one. Get some ice cubes. Put them in a plastic bag, the ziplock type. Wrap the plastic bag in a towel. It is ready for use! Now how do you use it? Place it on your child’s neck in the front. This ice collar can act like magic in alleviating your child’s pain and reducing swelling

Your child should not be allowed to engage in any activity that can stress him up especially in the first one week after the surgical procedure.

He/she can go back to school after 3-5days if he is strong enough. But it has to be approved by your doctor.

Risks of an adenoidectomy

Any child can tolerate adenoidectomy. The only risks to it are very few – infections coupled with bleeding from the surgery site. And then those caused by the anesthesia used – allergies and breathing difficulties.

Let your doctor know of any allergies your child might be having from the medications prescribed.

Adenoidectomies have so far recorded a huge success. There are only very few exceptional cases where your still: 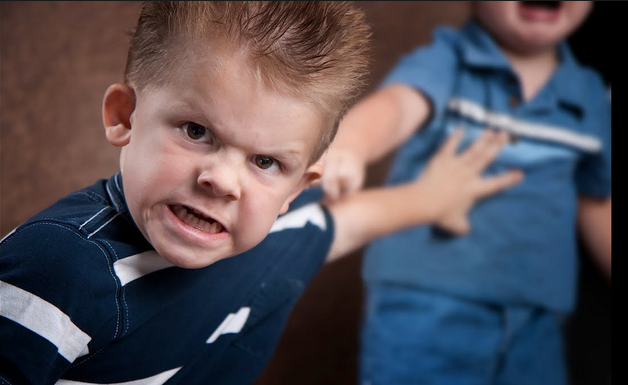