Frontal sinuses are cavities that occur in a pair, are small, air-filled, and are located behind the eyes where you have the brows.

Together with another three pairs of sinuses called paranasal sinuses, the frontal sinuses are laden with the responsibility of mucus production. The mucus is a thin substance that drains through the nasal passages.

When this mucus is produced in abnormally large amounts, or when the sinuses, especially the frontal sinus, become inflamed, acute frontal sinusitis will develop. The inflamed sinuses will cause the mucus to be poorly drained.

What can cause acute frontal sinusitis?

Accumulation of the thin mucus due to inflammatory conditions in the brain happens to be the top cause of acute frontal sinusitis. So many factors have been implicated in influencing both the amount of mucus production and the ability of the frontal sinus to get rid of mucus. They are;

Bacterial infections usually cause the most severe symptoms of acute sinusitis.

A polyp is an abnormal growth in your body. When numerous amounts of these are found in the sinuses, they can actually block these mucus drainage pathways. What will follow will be a pile-up of mucus in the sinuses.

If you have a deviated nasal septum, you can’t breathe at the same rate through the two sides of your nose. When this happens, the air that will be made available in your body will be limited.  Limited air in your body circulation means tissue death, and tissue death will lead to inflammation.

Who is at risk of acute frontal sinusitis?

Most of the risk factors associated with the development of acute frontal sinusitis are;

What are the symptoms of acute frontal sinusitis?

Facial pain around your eyes or forehead is the most common symptom of acute frontal sinusitis. Other symptoms may vary in severity depending on the type of inflammation or infection. They include:

Do you see the above-mentioned symptoms? Children experience more than that! They add more to theirs. Take a look at them;

Doctors are responsible for diagnosing diseases. They will begin with what they call a history check. The history of your condition will be taken.  Your doctor will inquire about the symptoms, their duration, and other information he might need to glean from you. He will do all of these so that he can adequately know whether what you are currently going through is mere cold or its more than that – acute frontal sinusitis.

You are likely to receive a light tap on your frontal sinuses. He will do this to find out whether you will feel pains.

To be very sure of your diagnosis, a throat, ear, and nose doctor might have to come into the scene. This special doctor will be on the lookout for inflammatory signs and polyps in the cavities of your nose.  He might even go a step further to take some samples of mucus from your nose in order to see if there are any traces of infections.

You need to be familiar with other tests that your doctor can recommend for a reliable diagnosis of your condition. They are; allergy checks, nasal endoscopy, nasal CT scan and MR imaging, and blood tests.

When you are to be treated, your doctor must have had firsthand information about the cause of the condition – polyps, viruses, bacteria, etc.

It will be used to do three things – reduce inflammation, speed up the drainage of mucus, and lower pressure build-up from the blockage. It is indicated for virus-caused acute frontal sinusitis.

You might have to get some drugs from your local drugstores to alleviate your pains. Most of these drugs especially aspirin is not recommended to children. This is because it has the potency of making them develop Reye’s syndrome.

In addition to the drugs gotten from the local drug stores, a particular drug referred to as antihistamine can be useful in drying some of the mucus in the sinuses. But it should not be abused through overuse as it can make you uncomfortable.

Antibiotics will come in to play when after ten days if you still do not respond to the treatments mentioned before now. It might be an indication that a bacteria is involved and its infections need to be addressed.

If the presented case of acute frontal sinusitis is due to a deviated septum, a surgical regime might be embarked upon to fix it up.

Most of the cases of acute frontal only need a couple of days for the symptoms to go away. But when it gets even more stubborn after you might have taken different medications and you still have the symptoms still persisting for say, twelve weeks or more, then you have got to see your doctor- it has become chronic and you are at a huge risk of serious complications. You might have to undergo a surgery to put this in check.

Also, ensure you always stick to all instructions that come with your medications. You are too smart to be smart with drug consumption.

Good hygiene? Yes! What does it entail? Keep your hands clean always – before you get them into your mouth, after you’re done using the bathroom or toilet, restrict how you touch your face anyhow. You never can tell what germ is dancing on your palms. It’s always good to be on a safer side.  Do you love tobacco?  Do you smoke it? It can be an allergen! It can induce mucus to pile up in your sinuses. It will end up becoming another case of acute frontal sinuses.

Do you love to drink water? Yeah, keep it up! It’s good for preventing infections. How about your diets? Make sure they are healthy. They will help to strengthen your immune system. It will also help your sinuses to remain properly drained. 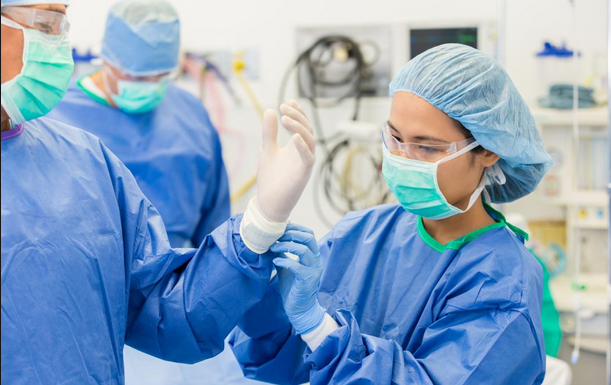