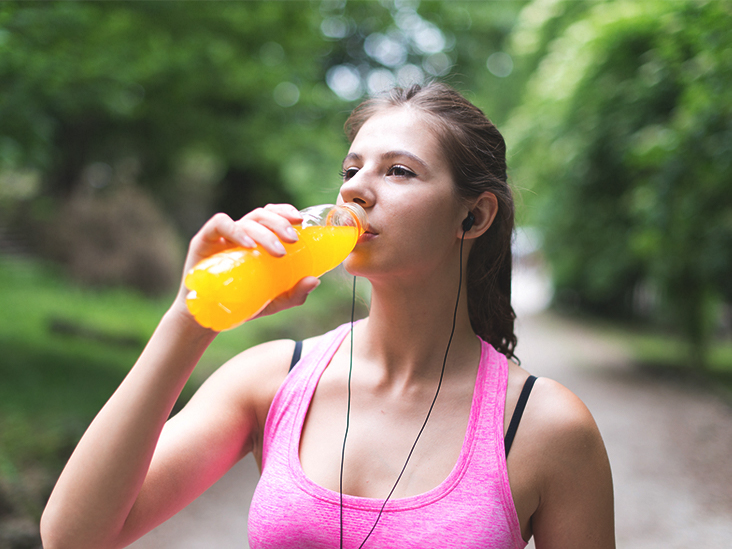 Electrolyte disorders refer to disturbances or alterations of the concentration of an electrolyte in the body.

Electrolytes are elements and compounds that are naturally present in the body and bodily fluids like urine and blood. They can be obtained from food, drinks or, supplements. They are very vital in the regulations of so many body processes.

During an electrolyte disorder, there is an alteration in the balance of electrolytes, that is, certain electrolytes are either too little or too much in the body. When this happens, problems can arise in the body that will eventually lead to seizures, heart attack, coma etc.

Typical examples of electrolytes in the body are:

Typical symptoms of an electrolyte disorder are:

Your doctor should be called right away if you discover that you have three or more of these symptoms. It is better to see a doctor and get diagnosed earlier than to assume nothing is wrong with you and you cause more damage to your body tissues.

Most electrolyte disorders are caused by prolonged heavy loss of body fluids. This loss can be via sweating, vomiting, burns, medications, certain diseases or diarrhea.

Each electrolyte disorder has its peculiar cause.

The following conditions are developed due to imbalances in the different electrolytes:

Calcium is very important in the stabilization of skeletal muscle contraction and relaxation as well as in the control of blood pressure. It is also important in the building of strong bones and teeth.

Hypercalcemia is an electrolyte disorder caused by excess blood calcium. This can be caused by any of the following:

Hypocalcemia is an electrolyte imbalance characterized by very low blood calcium as a result of:

Chloride is needed for maintaining balance in body fluids.

Hyperchloremia is when there is a very high level of chlorine in the blood.

It can be attributed to:

Hypochloremia develops when there is too little chloride in the body. It coexists with conditions affecting sodium or potassium levels. It can also be caused by:

Magnesium is crucial in the regulations of:

Hypermagnesemia is an excess of magnesium in the blood. This disorder is primarily seen in those with either end-stage kidney disease or Addison’s disease.

Hypomagnesemia is a state of the blood defined by the presence of too little magnesium. It can be caused by:

Potassium is king in the regulation of functions of the heart, maintaining healthy nerves, and in the control muscles activities.

Hyperkalemia is a way of describing the state of the blood where there is too much potassium present. If left untreated, it can lead to:

Hypokalemia occurs when the blood has very low concentration of potassium. It can be due to:

Sodium is notable for its role in maintaining fluid balance in the body. This role is quite critical for the body to work normally. It is also known to be involved in muscle contraction regulation and nerve functions.

Hypernatremia is caused by the present of very high levels of sodium in the blood. It may be caused by:

Hyponatremia is simply extremely low blood sodium. It might be due to:

Phosphate is one element that works ‘intimately’ with calcium. Three organs – bones, kidneys, and intestines work together to regulate phosphate levels present in the body.

Hyperphosphatemia can be caused by:

Hypophosphatemia on the other hand can be caused by:

Diagnosing electrolyte disorders will involve getting some blood samples from you.

This blood sample can be used to assess the concentration of any electrolyte in your body.

The same blood can also be used to assess your kidney functions.

Doing a physical examination on you might also be considered by your doctor.

Other additional tests, based on the electrolyte disorder, might also be employed so as to accurately diagnose you.

For instance, hypernatremia is associated with loss of skin elasticity as a result of severe dehydration. This can be confirmed by a pinch test. A pinch test will reveal whether you are severely dehydrated or not.

Your reflexes may also be tested because some of the disorders of electrolytes can influence body reflexes.

An electrocardiogram (EKG) can also be employed to evaluate your heart’s electrical tracing. Any deviation from the normal i.e. abnormal heartbeat will show in the process.

Treatments for electrolyte disorders are determined by both the type in question and the condition responsible for its development.

But in general terms, some treatments can be used to bring back electrolyte balance in the body. These include:

IV fluids contain sodium chloride. It used in rehydrating the body in cases characterized by severe dehydration from diarrhea or vomiting. Electrolyte supplements are most times added to IV fluids for effective correction of the deficiencies.

IV medications can restore electrolyte balance in the body very quickly. They are also known to be effective in preventing the occurrence of negative effects while another treatment method is been used on you.

Oral medications are very good in correcting electrolyte imbalances that have become chronic especially in those with a kidney disease. Common oral medications can treat electrolyte disorders such as high phosphate, potassium, or calcium.

In hemodialysis, a machine is connected to your body in order to get rid of wastes present in your blood. It is an artificial kidney. To achieve this, the doctor will create a point of access into your blood vessels. Through this point, large amounts of blood can flow via your body as the hemodialysis treatment is ongoing. With this, more blood can be filtered and freed from impurities.

Hemodialysis is likely going to be used for an electrolyte imbalance caused by a chronic kidney disease as well as in instances where every other treatment approach has failed.

Supplements can be administered on you so as to replenish electrolytes that have been depleted in the blood. It can be used both on a short-term or long-term approach based on what is responsible for the electrolyte imbalance. The underlying disease can then be treated once the electrolyte level has been restored.

No one is exempted from having an electrolyte disorder.

It’s just that some people can be more susceptible to having it than others perhaps due to their medical history. The following conditions can predispose anyone to having an electrolyte disorder: