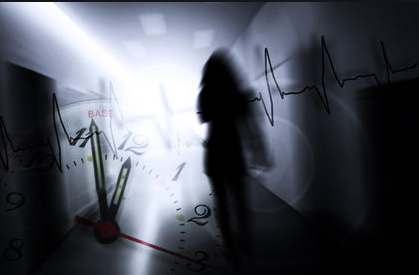 Delusions can simply be defined as beliefs or ideas that are not true. People who have delusions cannot be convinced that their false beliefs are untrue.

Delusion can also be defined as a belief or altered reality that is persistently held despite evidence or agreement to the contrary, generally about a mental disorder. Often, delusions are found to be symptoms of mental disorders such as schizophrenia or bipolar disorder.

Delusions are the main symptoms of delusional disorders. Delusional disorder is a type of mental illness in which people who are affected can’t differentiate what is real from what is imagined. It is also called psychotic disorder.

Delusions are present as a symptom in several psychotic disorders such as schizophrenia, schizoaffective disorder, delusional disorder, shared psychotic disorder, brief psychotic disorder, substance-induced disorder, bipolar disorder and depression with psychosis. Delusions are also present in Alzheimer’s condition or dementia. Delusions may also indicate a decline in a person with Parkinson’s disease. The delusional disorder involves delusions that are not unrealistic. They usually have a correlation with situations that could occur in real life such as being poisoned, being followed, have your properties stolen, perceived conspiracy, loved from a distance or traveling around the world with a short time. These delusions usually involve altered perceptions or experiences. But in reality, the situations are either untrue or exaggerated.

Types of delusions in delusional disorders

Erotomanic: This is a type of delusion in which a person strongly believes that someone is in love with them from a distance. This someone could be a celebrity, someone important or famous. This usually leads to the development of stalking behavior towards their victims.

Grandiose: Here, the person has an excessive sense of worth, power, knowledge or identity. They could believe they have made a great discovery or have super talent.

Jealous: A person with this type of delusion believes their spouse or sexual partner cannot be trusted and is probably cheating on him/her.

Persecutory: Here, there is a strong belief of being spied on, mistreated, maltreated or planned to be harmful. They might complain this to other people severally or to security authorities.

Somatic: They believe they have a physical defect or medical problem.

Mixed: This is a combination of two or more of the types of delusions stated above.

Actual causes are unknown. Researchers have considered genetic, environmental, psychological and biological factors to be associated with this.

Genetic: It is believed that genes may be involved, especially for families with a history of delusional disorder, schizophrenia or other mental disorders. It is suspected that there is a chance of passing delusional disorder from parents to offspring.

Your doctor will conduct a complete medical history and physical exams. There are no specific lab tests to diagnose delusional disorders. However, doctors can apply or use diagnostic tests such as imaging studies or blood tests to eliminate physical illness as a cause of symptoms.

If no physical reason is detected, they may refer the person to other health care professionals trained to diagnose and treat mental illnesses such as psychiatrists or psychologists. They will use interview and assessment tools to evaluate the person for a psychotic disorder. The doctor or therapist concludes the diagnosis on the person’s symptoms and their observation of the person’s behavior. Then they will decide if the symptoms reflect a particular disorder or not.

To be successful in treating any form of delusional disorder, different approaches have to be combined.

Treatment hence usually involves medications, psychotherapy (counseling) and in severe cases where affected persons hurt not just themselves but others, might have to be secluded mostly in the hospital.

Psychotherapy can come in different forms. It can be individual based, cognitive-based or family-based. All of these are aimed to help affected people learn how to recognize when there is a change in their thought patterns and address them accordingly.

Anti-psychotic medications like chlorpromazine, fluphenazine, perphenazine, clozapine, and olanzapine are some of the drugs used in treating symptoms associated with delusion. They simply work by blocking dopamine receptors and some serotonin receptors especially clozapine and olanzapine. Tranquilizers and antidepressants can also be used to treat delusion.

Delusion is usually an ongoing chronic condition. How patients respond to treatments usually differ. While some will recover quickly and return to their normal daily life, others can have bouts of the symptoms occurring often. Most people who are suffering from this disorder often do not know they need help or something is wrong with them. But once they can be helped to seek medical help early, they can be helped. Otherwise, their symptoms can become a lifelong occurrence that can affect their normal living.

Can delusion be prevented?

For now, no! The only way out is the early detection of symptoms and prompt medical attention.