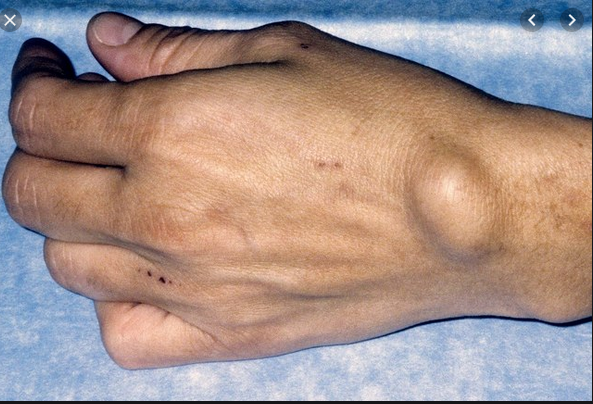 WHAT IS A CYST?

A cyst is a sac or pouch in the body without an opening. It is made of membranes and has as its content fluids, air, etc. C can develop in any part of the body.

A cyst can be benign, that is, it can be noncancerous. The severity or mildness of a cyst is determined by the following:

Epidermoid cysts are benign cysts. They grow as a result of keratin which builds up under the skin. An epidermoid cyst is small and grows slowly.

Epidermoid cysts often grow around the genitals, head, neck, face, or back. They may swell up and become painfully inflamed.

Breast cysts may be cancerous or noncancerous. But they most times result in breast lumps. If you discover a new lump on your breast, some part of the breast looks fuller than usual or the nipples become inverted as against the norm, visit your doctor. This implies that you should be observant and familiar with your body so you could easily notice changes.

Ganglion cysts are round and filled with fluid. They are commonly found around wrists, feet and ankle joints. Though sometimes, the cause of ganglion is not known, fluid may accumulate as a result of a trauma or an injury. They are common, harmless and painless.

A pilonidal cyst is a common condition of the skin. It usually forms on the top left cleft of the buttocks. Because pilonidal cyst develops after the onset of puberty, it is believed to be resulting from hair growth, cloth rubbing or prolonged sitting.

With a pilonidal cyst, there may be a hole in the skin that is prone to infection or pus. If the cyst is infected, the area will become inflamed, blood or pus may start coming out of the sore, and it might start smelling foul.

An ovarian cyst is a sac that develops in one or two of the woman’s ovaries. An ovarian cyst might grow normally as a part of a woman’s reproductive cycle.

Symptoms of ovarian cysts are the swollen abdomen, lower back pains, and pains on the pelvis during and before menstruation, pains while having sex, nausea as well as tenderness of the breast.

If the cyst breaks, the woman will experience fever, dizziness and sharp pains on the pelvis.

Chalazia are swelling on the upper or lower eyelid. Most times, they are not painful. Chalazia are commonly caused by a block in the oil gland. If they are infected, the spot might become inflamed or painful.

This is a kind of cyst found as a lump on the skin at the back of the knee. The cyst has fluid in it and can result in pains, tightness, and difficulty to move properly.

Symptoms of baker’s cyst include stiffness of the knee, serious pains, limited movement, and a bruised knee. The cyst will go away without treatment.

Cystic acne is formed deep under the skin and it is very serious acne. Cystic acne is caused by oil, hormonal changes, bacteria as well as dead cells a buried within the skin pores.

The acne may grow on the neck, face, arms, chest, and the back. A large swelling might develop, painful and red with pus. When it ruptures, it leaves behind it a scar.

An ingrown hair cyst develops as a hair strand that grows inward instead of outward. Folks who wax or shave experience it more.

An infected cyst may appear as a red, white or yellow bump with a central hair sticking out. The bump will be soft to touch and warm.

Pilar cyst comes in the form of a round bump which grows under the skin surface. It is noncancerous and has the same color as the flesh. The pilar cyst comes as a result of built-up protein in a hair follicle. Pilar cysts are mostly with smooth and firm. They grow slowly and without pains. They are mostly found on the scalp.

A mucous cyst is a kind of cyst that grows when the salivary glands in the mouth become blocked with mucus. It is a bump filled with fluid and it grows on the mouth or lip.

Mucous cyst happens when the mouth experiences some kind of trauma e.g. salivary gland disturbance, lip biting or piercing.  The mucous cyst is small and soft, with a pinkish nodule.

The symptoms of a branchial cleft cyst are a lump on the child’s upper shoulder, below the collarbone or a skin tag. If there is a tender swelling, watch out for an infection of the upper respiratory system.

HOW TO RECOGNIZE A CYST

Most times, a cyst starts as a bump on the skin.

A cyst may also develop internally where it cannot be seen. Some of such internal cysts may cause problems in the reproductive kidney systems and functioning.

Often, cysts are slow in growth, a minute or big. Some cysts are painless and harmless.

Cysts become dangerous if they:

WHAT CAUSES CYSTS TO FORM?

Cysts form for the following reasons:

HOW TO TREAT CYSTS

Cysts heal on their own most times. To speed up the healing process, press the affected area with a warm and damp towel.

Do not burst or squeeze a cyst. This can worsen the situation.

Cysts are commonly treated in the following ways:

CYST IN THE LONG TERM

Because benign cysts often heal on their own, they do not pose long term challenges.

For a cyst that continues to fill itself and grow, it might become imperative to remove it with surgery.

If the cyst is potentially cancerous, you have to take treatments based on the kind of cancer it tends to mimic.

HOW TO PREVENT CYSTS

Most times, cysts may not be avoided. At other times, they may. For instance, hormonal contraceptives can be used by women to prevent cysts.

To clear off oil from the oil duct around your eyelash, use a mild cleanser to keep the area from blocking. This is how to avoid chalazia. To prevent pilonidal cysts, maintain a clean and dry skin around the affected area. As much as you can, avoid sitting for long hours. Most types of cysts can’t be prevented. However, there are exceptions.