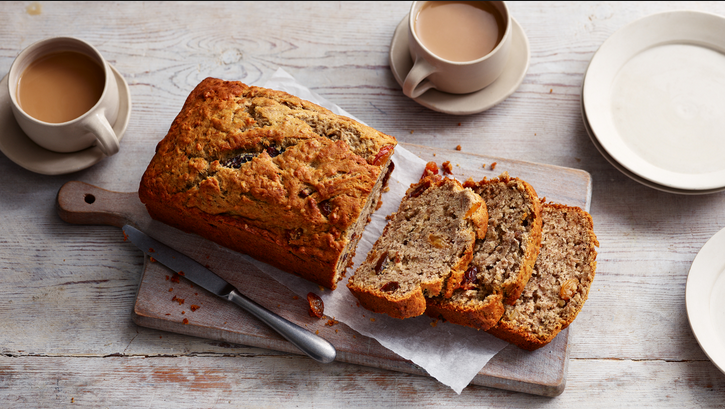 Can vegans eat bread? This is one question that runs through the minds of many vegans. Vegans seek to minimize exploitation and cruelty to animals. As a way of doing this, they exclude all animal-based foods from their diet. These include honey, dairy, fish, poultry, meat, and eggs (1).

That said, it may be somewhat difficult to tell whether a particular food has been made from animal products or not. Because of this, many vegans doubt whether the foods that they eat are actually vegan, and that includes bread. You know vegans eat bread right? This article aims to address this issue – whether bread is vegan or not? So, can vegans eat bread? Let’s get on with it.

Bread is made with four basic ingredients namely: salt, yeast, water, and flour. Yeast is a fungus (though microscopic) that allows bread to rise. That said, bread is vegan in its basic form.

Some types of bread contain extra ingredients such as fats and sweeteners. Both ingredients may be made from animals.

Some bread recipes contain eggs, milk, butter, and honey. These ingredients help to enhance the texture, flavor, or taste of bread. The simple truth then is that not all bread are vegan.

How do I know which bread is vegan?

It is very easy to tell whether a particular type of bread is vegan or not.

The simplest way to tell is by looking at the ingredient list on the packaging. The bread that contains royal jelly, eggs, honey, gelatin, or dairy products such as buttermilk, milk, whey, or casein is not vegan.

Other non-vegan ingredients that may be present in bread include:

If you buy bread that contains these two ingredients, you will find it difficult to guess whether they are made from plant products or animal products.

So, can vegans eat bread? I’m sure this section has given you a little insight.

So, the best way to ensure that your bread is 100% vegan is by avoiding breads that contain diglycerides, lecithin, and monoglycerides – unless of course it has been indicated that the product is 100% vegan.

What are the major types of vegan bread?

Most breads do not contain any animal products. Here are some types of bread that are rightly classified as vegan:

The less processed a bread is, the more vegan it may be. Also, dry, savory or flatbreads are more vegan, compared to fluffier breads that contain large amounts of eggs, dairy, or both.

There are a few exceptions to this though. Indian naan flatbreads for instance are loaded with ghee or milk. Also, challah, a type of Jewish bread, contains eggs.

With these, you will agree that it is important for you to check the ingredient label of the product that you are buying to be sure that it is free of animal products.

So, can vegans eat bread? I’m sure you’ve learnt something from this section.

Can I replace non-vegan ingredients in a bread recipe?

One of the best ways of ensuring that your bread is 100% vegan is by making it yourself.

Vegan recipes are naturally the simplest recipes. That said, you can still tweak some of the more complicated recipes by substituting non-vegan ingredients for the vegan ingredients.

Let us take eggs as an example. Do you know that you can replace eggs with chia seeds or flax?

If you want to substitute an egg, all you should do is to mix a tablespoon of ground flax seeds or chia seeds with 45ml of warm water. Allow it to sit until it achieves a jelly consistency. Thereafter, you batter it the same way you would do an egg.

You may also replace egg whites with aquafaba. Aquafaba is the viscous liquid that legumes have been cooked in. the most popular aquafaba is the chicken variety. You can make it at home, or you may make use of the liquid from a can of chickpeas.

To replace an egg white with aquafaba, simply use 3 tablespoons (equivalent to 45ml).

Butter can be substituted with coconut oil, olive oil, or other plant oils. Dairy milk may be replaced with unsweetened milk such as almond, oat milk, or soy milk. Honey can be replaced with maple syrup.

What you simply do is to add these products (maple syrup, milk, or plant oils) to your recipe in the exact amount as the non-vegan ingredient.

So, can vegans eat bread? I shouldn’t ask this again now, should I?

Most types of bread are naturally vegan. However, some of them contain non-vegan ingredients such as honey, butter, milk, and eggs.

The best thing to do is to inspect the ingredient list. That way, you will be sure whether your bread is vegan or not. On the other hand, you can always make your own vegan bread at home. By so doing, you’re sure of a 100% vegan product. Simply substitute the non-vegan ingredients for the vegan ones and you are good to go.

So, can vegans eat bread? Yes they can!