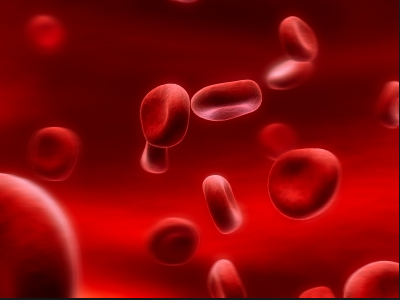 What is autoimmune hemolytic anemia?

Autoimmune hemolytic anemia (AHA) is a condition that arises when the immune system accidentally attacks and destroys the red blood cells. They are rare conditions which occur when antibodies i.e. proteins that usually protect us from viruses or other infections, get attached to one’s red blood cell accidentally.

The lifespan of red blood cells is about 120 days but when they have antibodies accidentally binding to them, they become potential targets for the immune system to attack. The immune system causes the premature death of these red blood cells by destroying them even before their lifespan ends. The body is notified to increase new red blood cell production when this happens but as time goes on, the rate of premature death will be too much and the body will be unable to meet up with the production of the new red blood cells in amounts that are enough for the body, this results in a condition known as anemia. AHA can occur either gradually or suddenly.

The different types of autoimmune hemolytic anemia that exist are classified based on their cause. Almost half of the cases of AHA do not have known causes.

Other times, AHA can occur alongside an illness. The illnesses that can cause AHA to include the following:

You can also develop AHA after taking some drugs which include antibiotics such as penicillin and sulfonamides, these two drugs have been implicated in this condition.

Women are more likely to develop AHA, as reported by the National Organization for Rare Disorders. Other likely risk factors include:

Some people with the condition may be asymptomatic but if you do have symptoms, they will be one or more of the following:

For a diagnosis to be made, a detailed history of the condition would be taken, thorough physical examination conducted, and tests will be ordered to check if you have an enlarged spleen.

Conducting a blood test will give an idea of red blood cell destruction. The number of immature or young red blood cells can be counted by the doctor. When their number is high, it will indicate an increased production by the body as a means of overcoming the anemia.

Conducting a urine hemoglobin test will show if the red blood cells are in the process of breaking down especially by checking the bilirubin level.

A test specific for the diagnosis of autoimmune hemolytic anemia is the direct Coombs test. It looks for any increase in the level of antibodies that are attached to the red blood cells. The cold agglutinin test is one which looks for an increased level of antibodies linked to infections that are known to lead to AHA such as Mycoplasma pneumonia, a bacterium that primarily infects the lungs. It causes a form of pneumonia that typically affects young people, those below the age of 40.

The spleen and AHA

The spleen is an important organ involved in lymphatic regulation. It acts by removing old and broken down red blood cells, thereby protecting the body. The spleen is situated behind the stomach, on the left area of the abdomen. An enlarged spleen means that the count of red blood cells that are worn out or broken-down is increased. The doctor will feel for the spleen to check if it is enlarged, the spleen enlarges diagonally. Another way by which the splenic size is checked for is by doing an ultrasound scan.

Those with mild or resolving symptoms may not need treatment.

If you have anemia, you may need blood transfusion though this is only a temporary treatment as more definitive treatments will still be needed.

If your AHA is caused by an underlying illness, you may have to effectively tackle the major problem. If they are caused by drugs, you will have to cease taking such drug.

For worsening anemia or symptomatic anemia, steroids are the drug of choice.

If steroid therapy does not work, the spleen may have to be surgically removed. The spleen is a site of destruction of old and worn-out red blood cells.

If symptoms persist after a spleen removal, immunosuppressant drugs are required. These drugs suppress the immune system and stop the attack on the red blood cells by these antibodies. Immunosuppressants can make you vulnerable to infections and some people end up getting sick following treatment.

Your doctor will compare the risks and benefits and decide which is best for you.

In some people, autoimmune hemolytic anemia resolves totally and may not require treatment while it may persist in others and be a long-term disease, occurring intermittently for years. The doctor will help you in choosing a treatment modality that will give you the best outcome.