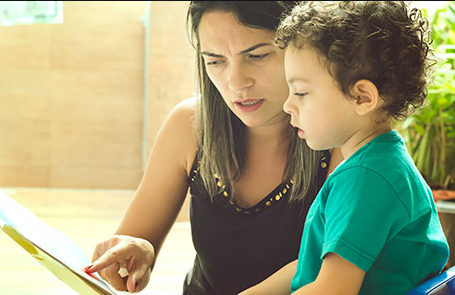 Autism spectrum disorder (ASD) is a general term used to describe a group of developmental disorders affecting the brain. The key features of these disorders are communication problems and poor social interaction. Those with ASD frequently encounter some impulsive or stereotyped behavioral patterns.

ASD occurs in individuals all around the world, irrespective of race, culture, or financial background. The Centers for Disease Control and Prevention (CDC) report that autism is more prevalent in boys with a male-to-female ratio of 4:1. The CDC made an estimate of 1 in 59 children as those suffering from ASD in the year 2014. There are certain indicators of the fact that the number of ASD cases are on the rise. Some associate this increase to be due to environmental factors. Still, experts argue whether the cases have actually increased or more frequent diagnoses have been made.

A wide range of mental health disorders is diagnosed by Doctors using the Diagnostic and Statistical Manual of Mental Disorders (DSM) which is published by the American Psychiatric Association (APA). The fifth edition which happens to be the most recent edition was released in the year 2013. This DSM-5 takes account of five subtypes or forms of ASD and they include:

Someone can have one or more form of ASD.

Before the DSM- 5 was released, people who were on the autism spectrum were diagnosed with the following disorders:

These diagnoses still stand and anyone who was diagnosed with any of these conditions still retains their diagnosis and would not have to be reevaluated.

DSM-5 incorporates disorders like Asperger’s syndrome as part of ASD when making a diagnosis.

The symptoms of autism become noticeable during childhood, between 12 and 24 months of age but these symptoms may appear earlier or even later.

The early symptoms include a significant delay in language or social development.

Problems with communication and social interaction

The individuals are assessed within each category and based on the degree of severity of their symptoms.

The precise cause of ASD is unknown. Current research shows that there is no single cause.

The following risk factors are suspected to increase the likelihood of developing autism:

The National Institute of Neurological Disorders and Stroke (NINDS) state that for a diagnosis of autism to be made, there will be a combination of genetic and environmental factors.

Old and new research has excluded the possibility of autism being caused by vaccines even though a study in 1998 hypothesized that there is a link between autism and the measles, mumps, and rubella (MMR) vaccine. Other studies that were carried out have debunked that study and it was retracted in the year 2010.

To make a diagnosis of ASD, several screenings, genetic tests, and evaluations are needed.

Every child between the ages of 18 to 24 months should undergo screening, as recommended by the American Academy of Pediatrics. The screening will assist in the recognition of children who may have ASD. Early diagnosis and prompt intervention would be beneficial to these children.

A common screening tool that is used is the Modified Checklist for Autism in Toddlers (M-CHAT). It is a 23-question survey that is filled out by the parents. Pediatricians then use the answers gotten to pick out children that may be at risk of developing autism.

Screening is not diagnostic, not every child who screens positively for ASD develop the disorder. Also, screening cannot recognize every child that has ASD.

Other screenings and tests

The pediatrician may further advise you to conduct different tests for autism such as:

Diagnoses are usually made by a team comprising different specialists such as child psychologists, occupational therapists, or language and speech pathologists.

Autism is incurable but there are therapies and other treatments that can relieve symptoms and make one feel better. Many treatment modalities make use of therapies such as:

Body massages, heavy blankets and clothing, and meditation may be relaxing but results will not be the same for everyone.

Some people on the ASD spectrum will respond well to some treatment approaches while some others will not.

The different alternative treatments that exist for autism include:

Some of these alternative treatments may be good while others may be dangerous to the body.

Before using them, the risks and benefits should be weighed against the dangers and cost.

EFFECT OF DIET ON AUTISM

People with autism do not have a specific diet. But some advocates on autism propose dietary changes to help reduce behavioral problems and increase the quality of life.

It rather focuses on whole foods, such as:

These advocates also recommend a gluten-free diet. Gluten is found in wheat, millet, and other grains.

They believe that gluten causes inflammation and unwanted body reactions in some people with ASD. This has however not been conclusive following research on the subject matter and the relationship between autism, gluten, and a protein, casein, are not known.

Some studies have shown that diet can help to improve symptoms in those who have attention-deficit hyperactivity disorder, a very similar condition to autism.

HOW DOES AUTISM AFFECT KIDS

Children with autism may have delayed developmental milestones, or they may lose social or language skills that were previously developed.

A child with autism may have problems interacting with others or may not even want to, at all. This is in contrast to a 2-year-old or a 4year old child without autism who may enjoy engaging in activities with other children or playing make-believe games.

These children may also be involved in repetitive behaviors, may have difficulty sleeping, or have the compulsive urge to eat nonfood items. They find it difficult to flourish in a non-structured environment or a consistent routine.

Work hand-in-hand with the teachers at school to ensure your child does well if he or she has autism.

There are different resources available to help children with autism and their caregivers.

The Autism Society, a non-profit national establishment helps you find local support groups. A group that provides toolkits for the parents, siblings, grandparents, and friends of children with autism is an organization called Autism Speaks.

Certain exercises help children with autism to relieve frustrations and get better overall.

An exercise they enjoy whatever kind, can be beneficial. Walking and just having fun on the playground are both good.

Swimming and being in water can function both as an exercise means and sensory play activity. Sensory activities will help to stimulate people with autism, who may have problems with processing signals from their senses.

At times, contact sport can be difficult for children with autism. You can rather encourage them to do other exercises that are challenging but strengthening.

HOW DOES AUTISM AFFECT GIRLS?

This disorder is commonly found in boys. According to the CDC, the prevalence of occurrence is 4:1 for boys and girls respectively.

This does not mean that the disorder cannot occur in girls. CDC estimates that 1 in every 152 girls have autism. The presentation in girls is different. There has been a change from what is seen now to what was seen decades ago, this is because children are being tested earlier and this leads to more cases of autism in both boys and girls.

HOW DOES AUTISM AFFECT ADULTS?

Families who have a member or members with this disorder will often worry about what adult life will be like for the affected individual.

Some adults with ASD will live or work independently while others may require continuous care all through their lives.

Early diagnosis and prompt intervention will help increase independence and ensure a better quality of life.

Sometimes, some people are not diagnosed until later in life due to lack of awareness among medical practitioners.

If you suspect that you may have adult autism, seek help as it is never too late to be diagnosed.

WHY IS AUTISM AWARENESS IMPORTANT?

World Autism Month is in April, it is called National Autism Awareness Month in the United States. Still, many autism advocates say that 3-day awareness is not enough and call for the need to increase awareness all year-round.

Autism awareness needs empathy and knowing that ASDs are not the same way in everyone.

Some treatments can work for some people but not for others, the caregivers and parents will have varying opinions on how best to advocate for a child with this disorder.

You have to be aware as this will help you understand autism and people who are on the spectrum.

DIFFERENCE BETWEEN AUTISM AND ADHD

These two conditions are often confused for one another.

Children who have been diagnosed with ADHD continually fidget, lack concentration, and cannot maintain eye contact with others. These symptoms are also seen in those on the autism spectrum.

Even with all the similarities between them, ADHD is not regarded as a spectrum disorder. One primary difference between the two conditions is that those with ADHD do not often lack social and communicative skills.

If your child is hyperactive, discuss with a doctor about a possible ADHD testing. It is essential to get the proper diagnosis so that adequate treatment can be given.

A person can also have both ADHD and ASD.

ASDs have no cure. The treatments that work most are those which are instituted early and those which target behavioral changes. The earlier a child receives treatment, the better the outcome would be.

Do not forget that autism is complex and it may take time for an individual with ASD to find the treatment plan that works best for them.

Autism Risk Factors: What you should know