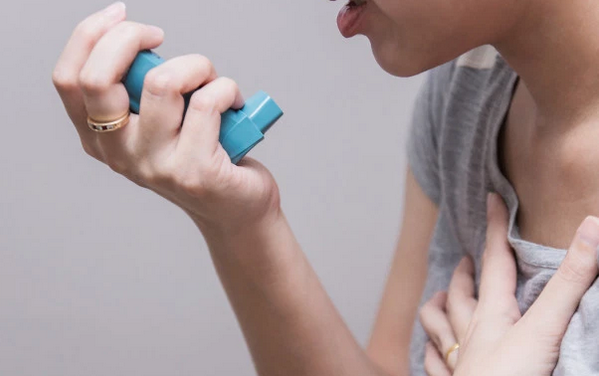 Asthma is a chronic disease of the airway that is characterized by airway inflammation and hyper-responsiveness.  It is believed to be caused by a combination of genetic and environmental factors although this has not been proven.

The symptoms of asthma begin when the airway swells and narrows. The symptoms are numerous and may not be the same for everyone. The range of severity of the disease is from mild to moderate, to severe, to life-threatening. Asthma affects all age groups as reported by the National Heart, Lung, and Blood Institute though it is more common in childhood.

26 million people according to the American College of Allergy, Asthma, and Immunology experience asthma symptoms in the United States.  If you think you have some asthma symptoms, talk to a doctor and book an appointment so you can have asthma screening and tests conducted.

Even if you have been asthmatic for a number of years or you are just experiencing your first onset of asthma, you are likely to have the following symptoms:

The cough of asthma is a persistent nocturnal cough. It may either be a wet cough or a dry cough but it typically worsens at night or after an exercise session.

A long-standing dry cough with no other symptoms of asthma may be indicative of cough-variant asthma.

A wheeze is a whistling sound heard on expiration. It occurs as a result of forced breathing through narrow, constricted airways. It is a prominent feature of asthma but cannot be used to make a diagnosis on its own. Wheezing can also be found in some lung conditions such as chronic obstructive pulmonary disease (COPD), congestive heart failure (CHF), and pneumonia.

As the airway is progressively narrowed, breathing becomes a difficult task. The condition can be worsened further if the airways become filled with mucus. Difficulty in breathing can make one be anxious, which will even make breathing more difficult.

The chest will tighten when the muscles around the chest contract. It will feel as if a rope is being tied around someone’s torso. Chest tightness will make breathing difficult and also make one feel anxious.

During an episode of an asthma attack, the lungs will not receive sufficient oxygen. This means that a less-than-normal quantity of oxygen reaches the blood and muscles. In the absence of oxygen, fatigue results and also those whose asthma symptoms mainly worsen at night and affects their sleep will likely feel tired during the day.

This is the widening and swelling of the nostrils during breathing. It is often representative of labored breathing. This symptom is mostly seen in young children and infants.

Sighing is an action that involves taking a deep breath and a long exhaling. It is a natural physiologic response of the lungs to airway constriction. Sighing helps the lungs to expand to full capacity so that excess air can get in or out of the body.

An asthma attack can be triggered by anxiety. When the airway gets narrowed, the chest becomes tight and breathing is difficult. These symptoms together cause anxiety. Also, an attack of asthma is unpredictable and this is another cause of anxiety. Asthma symptoms can also be triggered by being in a stressful situation in some people.

It is not everyone that has asthma that experiences the attack. However, there are some early symptoms of an asthma attack and they include:

A severe asthmatic attack can be life-threatening and classified as a medical emergency. If after 10 to 15 minutes of taking a quick-relief medication during an asthmatic attack and there is still no relief, the child or adult should be taken to an emergency room or if during the attack, the following symptoms appear:

Asthma can be controlled by receiving adequate treatment and some lifestyle modifications. Once you are aware of your symptoms and their triggers, you can carefully plan a response to each symptom or asthma attack. Understanding asthma together with its symptoms and triggers will make you less anxious when you experience symptoms.

Exercise exerts an effect on asthma in a myriad of ways.

If you exercise indoors, plenty of environmental factors can narrow the airways. You have a great risk of developing exercise-induced bronchoconstriction (EIB).

Exercise can reduce the symptoms seen in asthma by making better the health of the lungs and heart. It additionally reduces the extent of airway constriction. Low to moderate intensity aerobic activity has been recommended by the American College of Sports Medicine and American Thoracic Society for people with asthma. Such exercises include walking, running, hiking, biking, and using an elliptical machine. Ideally, exercises done should be those that increase the heart rate for over 20 to 30 minutes, five days a week.

Other symptoms that are specific to infants include:

These symptoms are medical emergencies and require urgent intervention.

The symptoms of asthma in children are similar to those in infants. Children will frequently experience cough, wheezing, and chest colds. These symptoms may not always mean that asthma is present. If the symptoms are continuously persistent, or they get exacerbated following exposure to smoke or other allergens such as animal dander, a child could have asthma.

In 2014, a study was done on children with asthma and it was seen that these children were more likely to notice by themselves that they have chest tightness while the parents were more likely to notice wheezing. Children above the age of 8 should keep a journal of asthma symptoms. This will help to enhance communication between parents and children with asthma. When children document their asthma symptoms, they will report it faster to their parents.

WHEN TO SEE A DOCTOR

See a doctor if you or your family member is experiencing the first onset of symptoms. Specialist care may be needed for which referral will be made. If you are experiencing an asthma attack with not-so-serious symptoms and the medications you are taking to get relief is not really working, you should also see a doctor.

When medical attention is sought, the doctor classifies the severity of asthma and chooses the best treatment modality suited for you. The extent of severity may change over time so you should see a doctor regularly to adjust treatment as at when due.

If you suspect that you or a family member is experiencing an asthma attack, call 911 or any local emergency services or visit the nearest emergency room.

The National Heart, Lung, and Blood Institute have recognized allergies and viral infections as the most common triggers of asthma attacks. Some tips for controlling asthma triggers include:

MEANING OF ASTHMA Asthma is an airway disease characterized by airway hyper-responsiveness. The exact cause of the disease is not known…
Manage Cookie Consent
To provide the best experiences, we use technologies like cookies to store and/or access device information. Consenting to these technologies will allow us to process data such as browsing behavior or unique IDs on this site. Not consenting or withdrawing consent, may adversely affect certain features and functions.
Manage options Manage services Manage vendors Read more about these purposes
View preferences
{title} {title} {title}