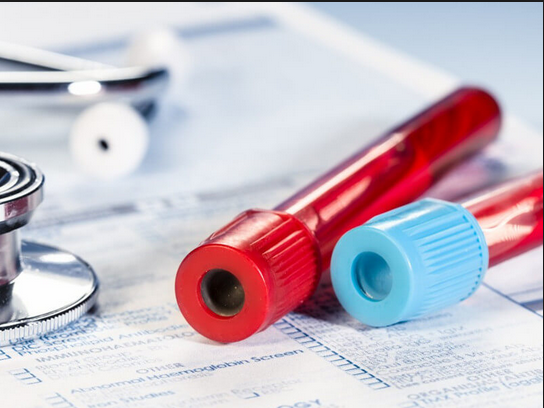 An enzyme is a protein-like substance that is responsible for precipitating chemical reactions needed for normal functioning in the body. Aminotransferase is an enzyme found in many tissues of the body.

AST is found in a rather greater concentration in the liver, muscles, heart, kidney, brain and red blood cells. Usually, the quantity of AST present in the bloodstream is small and increased values of this enzyme may be reflective of an ongoing problem in the body. Higher values of it have been linked with liver injury.

The levels of AST rise following an injury to the tissues and cells where the enzyme is found. The levels can be increased just six hours following an insult to the liver. The value of AST is more in children between the ages of 1 to 3 but as the child gets older and for adults too, the level reduces.

Aspartate aminotransferase test quantifies the AST level in the bloodstream that has been released from damaged tissue. This test was formerly called the serum glutamic-oxaloacetic transaminase (SGOT) test.

WHY CONDUCT AN ASPARTATE AMINOTRANSFERASE TEST?

The Aspartate aminotransferase test test is commonly utilized by doctors to assess for liver conditions such as hepatitis. The AST test is not done in isolation but is done alongside the alanine aminotransferase (ALT) test, another liver function test. Liver experts have proven ALT to be more specific to the liver than AST as abnormal values of ALT are more associated with liver damage that that of AST. If the ALT level is normal and the AST level is abnormal, the likely origin of the problem is either the heart or the muscle. AST is more like a supportive test for ALT. A ratio of the AST to the ALT is useful for diagnosing certain liver pathologies.

An aspartate aminotransferase test is requested by the doctor for several reasons.

WHAT ARE THE SYMPTOMS OF LIVER DISEASE

The symptoms of liver disease that require an AST test to be done include:

WHO IS AT RISK FOR LIVER PROBLEM?

This aspartate aminotransferase test is usually required for the management of those who have a higher likelihood of developing liver problems. The liver is an essential organ responsible for a lot of functions including the production of proteins and the elimination of toxins. Mild cases of the liver problem may be asymptomatic. The aspartate aminotransferase test can be requested when a liver inflammation is to be screened for.

The following factors increase the chances of having liver problems:

USEFULNESS OF AST TEST IN MONITORING AN EXISTING LIVER CONDITION

Your doctor can make use of the aspartate aminotransferase test to know the status of a known liver problem. It can also be used to check the response to treatment. When used to monitor a liver disease, the doctor will request for it periodically during treatment as this will assist in knowing if the treatment is working or not.

The doctor can make use of an aspartate aminotransferase test to determine if there is any drug you are taking that is likely to cause liver damage. When the AST results are suggestive of liver damage, the doctor will have to either substitute the drug or reduce the dose to help reverse any inflammation.

OTHER HEALTH CONDITIONS MAY AFFECT THE LIVER

The liver is a vulnerable organ. It can become injured with a subsequent abnormality in the AST level if one has the following diseases:

HOW IS THIS TEST CONDUCTED?

The sample used for this test is blood. Blood is collected from a vein in the arm or hand by the healthcare provider using a small needle. This blood is collected in a tube and sent to the laboratory for testing. When the results are ready, the doctor will communicate with you about them.

No special preparations are necessary for this test but ensure that you inform your doctor about any drug you are taking before blood is drawn.

RISKS ASSOCIATED WITH THE AST TEST

Other possible, though rare risks of blood collection include:

The test results are dependent on the laboratory where the test is carried out as different labs have varying result ranges. Also, the AST values are age-dependent and also sex-dependent. New research has indicated that even a small rise in the AST value is enough to cause a liver problem and it necessitates further investigations. The American College of Gastroenterology recommends that every unusual AST results should be followed up.

LIKELY LIVER CONDITIONS BASED ON THE LEVEL OF AST ELEVATION

The doctor will explain the results to you. They will further ask questions about your medical history, conduct a physical examination to assess the major cause of the problem as other non-liver related problems could be the cause. For abnormalities in the test result, repetition can be done to ensure that the results are reproducible and accurate. The tests that can be ordered to follow up an abnormal AST level include other blood tests, imaging studies of the liver and liver biopsy.

Other liver conditions that can make the AST level abnormal include:

Other causes of an abnormal AST level that are not liver-related include:

AST levels may also rise following exposure to certain drugs or other substances that are injurious to the liver.

Extra tests may be requested by the doctor depending on the results of the aspartate aminotransferase test. Increased AST levels will be compared with that of other liver function tests to determine the form of liver disease present. These other liver function tests include the ALT test, alkaline phosphatase test, albumin, and bilirubin tests. Blood clotting functions may also be checked including a PT, PTT, and INR. An imaging test such as an ultrasound scan or CT SCAN of the liver will also help to detect other causes of the abnormal tests.

Once the form of liver disease has been recognized, the doctor will work with you to determine which treatment option is best for you.