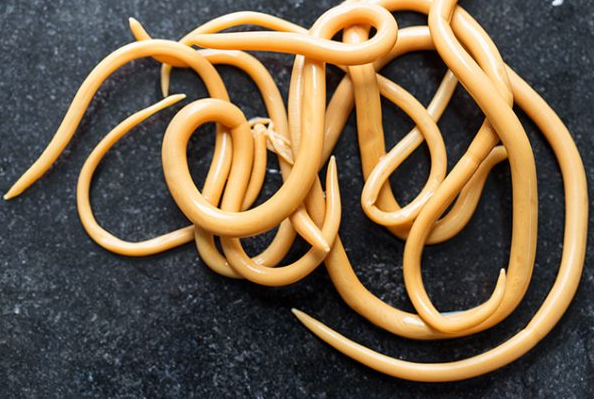 Ascariasis is an infection of the small intestine by the roundworm Ascaris lumbricoides. Roundworms are parasitic in nature and the infections they cause are common. Ascariasis is the commonest roundworm infection. According to theWorld Health Organization, about 10 percent of people in developing countries are infected with intestinal worms.

These parasitic worms are very common in the United States as reported by the Centers for Disease Control and Prevention. Ascariasis is most prevalent in places with poor environmental hygiene and sanitation. The mode of transmission is through the consumption of infected food or water. The infection is usually asymptomatic though there can be intestinal or pulmonary problems when the parasites are highly concentrated.

CAUSES OF AN ASCARIASIS INFECTION

Children are the major sufferers and they get this infection when they place their hands in their mouth after they must have played in contaminated soil. Ascariasis can also be transmitted from one person to another.

Ascariasis is usually symptomless but when the infestation grows, symptoms may start getting noticed.

When present in the lungs, round worms can cause the following symptoms

Roundworms in the intestine can also cause the following:

Those with a more concentrated level of infestation may have additional symptoms such as excessive tiredness and fever. When the infestation is major, it will make the affected individual very uncomfortable. One can have any or even all of the symptoms listed above especially if you do not get prompt treatment.

LIFE CYCLE OF A ROUND WORM

Upon ingestion, this worm gets to the intestine and reproduces there. It undergoes different stages of growth including:

Roundworms are found worldwide though they are more in tropical and subtropical areas, including Latin America and sub-Saharan Africa. It is also common in areas with poor environmental sanitation.

Risk factors for ascariasis that are environment related include:

You can reduce your exposure to roundworm by doing away with unsafe food and water. Keep your surrounding clean by cleaning cooking surfaces and laundering clothes that have been exposed to some unsanitary conditions.

If you are paying a visit to a remote tropical area, ensure that you do the following:

Children between the ages of 3 to 8 are most likely to get infected because they get in contact with te soil when playing.

Majority of cases of ascariasis are mild in severity and usually do not cause major problems.  Still, a heavy concentration of the ascariasis in the blood stream can be disseminated to other body parts and can lead to harmful complications such as:

The diagnosis of ascariasis is made by stool examination for parasites and their eggs. A stool sample is usually requested if there is any suspicion that one has ascariasis.

The following imaging tests are further required when one has ascariasis:

Imaging tests help to show number of worms that have matured and the group of worms found inside the body.

The doctor will also determine the duration of infection so as to evaluate one’s risk of developing complications.

The treatment modalities can be medical or surgical depending on the severity and the presence of complications. The drugs commonly used are anti-parasitic drugs such as:

For severe cases, additional treatment may be needed. For a bigger infestation, surgery is recommended especially if the roundworms are completely obstructing the intestinal lumen.

A mild treatment can cure ascariasis. Symptoms may disappear even before all the worms are cleared.

Ascariasis can still be complicated when the infestations are concentrated enough. See a doctor if you think that you have been infected with roundworms. Ascariasis can be prevented by doing the following: