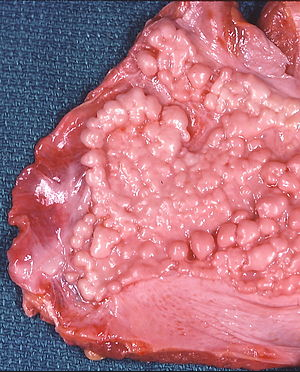 When tiny particles of asbestos find their way to the lungs, they cause lung scarification and this condition is known as asbestosis. The scar tissue interferes with normal process of respiration and reduces the amount of oxygen that gets into the blood stream. Asbestosis is also known as pulmonary fibrosis or interstitial pneumonitis.

Majority of cases of asbestosis were due to occupational exposure prior to the enactment of federal laws which regulated it in the mid-1970s. The condition takes many years to develop and it can be fatal. The Agency for Toxic Substances and Disease Registry proposed that the total number of deaths due to asbestos-related circumstances may be more than 200,000 by the year 2030.

For majority of cases, the symptoms do not manifest until about 10 to 40 years after exposure to the asbestos.

The symptoms commonly seen include:

RISK FACTORS AND CAUSES OF ASBESTOSIS

Those who worked in an industry prior to the enactment of the federal laws are at higher risk of developing asbestosis. Asbestos is still being used in some industries but it is carefully monitored by the action of the government through the Occupational Safety and Health Administration (OSHA).

Asbestos was commonly found in construction and fireproofing jobs. Those who smoke also stand a higher chance of developing not just asbestosis, but other similar lung diseases.

When the asbestos fibers are inhaled, they get entrapped in the lungs and form scar tissue. This condition is known as asbestosis. The scarring makes breathing to be a hard task and does not permit the lungs to stretch and contract as it normally would.

MAKING A DIAGNOSIS OF ASBESTOSIS

Different tests will be conducted by a doctor to find out if you have asbestosis and to also exclude other differential diagnoss that may present with similar symptoms.

The doctor begins by performing a physical examination, the chest is being listened to for abnormal breath sounds using a stethoscope.  X-rays are also sent for to check for the presence of white or honeycomb structure on the lungs. Lung function tests including spirometry and peak flow tests are also necessary to determine the amount of air that one can inhale and the airflow rate to and from the lungs.

The doctor can additionally test for the quantity of oxygen that is being sent from the lungs to the blood circulation. CT scan of the lungs gives detailed information about the status of the lungs. Finally, a lung biopsy can be conducted to screen for asbestos fibers in the tissues of the lungs.

Asbestosis is not curable. The symptoms can only be managed. For those with lung congestion, prescribed inhalers may be of help. Also, those who have difficulty in breathing will benefit from an extra source of oxygen administered via a mask or from tubes that are fitted inside the nose.

The aim of treatment of asbestosis is also to prevent worsening of the already existent symptoms. This can be achieved by preventing any more exposure to asbestos and also by cessation of smoking.

For very severe cases, a lung transplant may be indicated.

The degree of severity of asbestosis depends on the duration of exposure and the quantity of inhaled asbestos. Progression of asbestosis is slow when the person is no longer exposed to the source. Survival is better for those whose asbestosis does not get complicated.

WHAT TO DO FOLLOWING EXPOSURE

If you have been exposed to asbestos for more than ten years, visit a doctor regularly for a chest X-ray to be performed every 3 to 5 years. If your job is the type that exposes you to asbestos, be sure to use safety equipments at work and follow all available safety procedures.

Unless the employer does everything, the workman can do next to nothing to protect himself. By the light of this information, all employers must monitor the exposure level at the and only permit work that has to do with asbestos to be carried out in limited areas. Existing federal laws require such workplaces to also have decontamination areas. Employees should be trained from time to time. Routine medical examinations lead to early diagnosis of asbestosis and this is part of the federal laws.

If your employer is not complying with the standards recommended by the federal laws, contact the closest OSHA office. They will inspect the workplace and give more information on health issues. Also, they monitor and keep track of emergencies and workplace accidents.