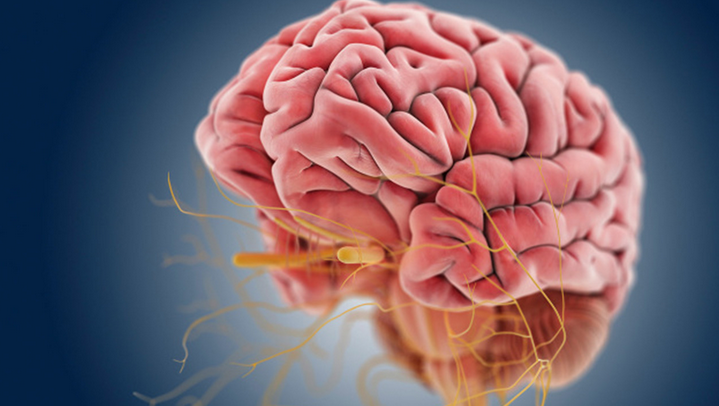 Aphasia happens when there is an of the parts of the brain that are responsible for language and communication.  The resultant effect of this may be a disruption in speaking, a writing disorder or both. It can affect the spheres of communication which include speaking, writing, listening, reading and understanding.

The National Aphasia Association put up an estimate of about 1 million as the number of people who suffer from this condition.

Aphasia can be receptive or expressive. The symptoms seen depend on the degree of severity which ranges from mild to severe. The symptoms are also in relation to the brain area affected and how bad the affectation is.

This with speaking, understanding, reading, writing and listening; all of which have to do with comprehending what someone says.

Expressive aphasia affects expression and the symptoms it may produce include:

Receptive Aphasia on the other hand presents with:

This is otherwise known as Wernicke’s aphasia. It presents with damage to the central portion of the left side of the brain. It is the kind of aphasia where the affectation is such that speech comprehension is difficult despite the fact that the affected individual can speak. The symptoms include:

This is otherwise known as Broca’s Aphasia. The damage here occurs on the left just like in fluent aphasia but it rather occurs in the frontal area of this left region of the brain. The symptoms one is likely to present with include:

Here, one experiences difficulty when attempting to repeat particular words or phrases. The affected individual usually comprehends what others say and also understand their own speech but may occasionally be unable to repeat certain words and even make some speech errors.

Here, the left side of the brain is still affected but the regions are the front and the back. The affected individual has difficulty making use of words, difficulty understanding words and can barely use some words together.

This condition may be due to an injury which happens to the regions of the brain responsible for controlling language and communication. When a damage occurs, it can cause a temporary cessation of blood flow to these brain areas, subsequently reducing the oxygen and nutrient supply to these areas and eventually leading to the death of the cells in these brain parts.

This condition can be as a result of a brain tumor, dementia or other similar neurological conditions, brain infection, head injury, a degenerative disease or even a cerebrovascular accident.

Strokes (CVA) has been recognized as the most frequent cause of aphasia and it is estimated by the National Aphasia Association that about 25 to 40 percent of people who have had stroke develop aphasia.

The temporary form of this condition can occur for a short while in conditions such as a seizure disorder or migraine headache. It can also occur in transient ischemic attack (TIA), where there is a temporary cessation of blood flow to the brain. TIA is a form of stroke usually referred to as a mini-stroke. It usually results in weakness, numbness of certain body parts, speech difficulty, and difficulty in comprehension. It is distinguished from a stroke based on its transient symptoms.

This condition is not really age-specific as it can also occur in children. As stroke is recognized as the most common cause of this condition, it, therefore, means that this condition will be commoner in the middle-aged or elderly because that it the age at which stroke is commonest.

An imaging test is usually requested when the doctor suspects that one has aphasia. This imaging helps narrow down the location of the problem. A brain CT or MRI can help give the site of the aphasia and further give an idea of the severity level.

Also, when a stroke or brain injury occurs, a doctor may conduct a screening for this condition. The screening involves testing one’s ability to:

A speech-language pathologist is also useful in aphasia as he or she can identify the exact communication disability present. The parameters being tested for by the therapist include:

The doctor advises speech-language therapy as a modality for treating aphasia. This therapy is done slowly and insidiously. It is commenced early after a brain injury occurs.

Some definite treatment plans include:

For those with temporary aphasia which may be due to a TIA or migraine headache, treatment may not be needed. Other forms of aphasia actually take up to one month after brain injury occurred before language abilities may be regained. It is important to note that communication skills may not fully return.

This centers on some factors such as:

Always talk to you doctor to get informed on your exact condition and the likely outcome that may ensue.

Most cases of this condition are irreversible conditions such as degenerative diseases or brain tumors. The commonest cause of this condition which is stroke is actually preventable. If stroke risk is lowered, the risk of aphasia can also be reduced.

The following modalities are effective for reducing the likelihood of developing a stroke: