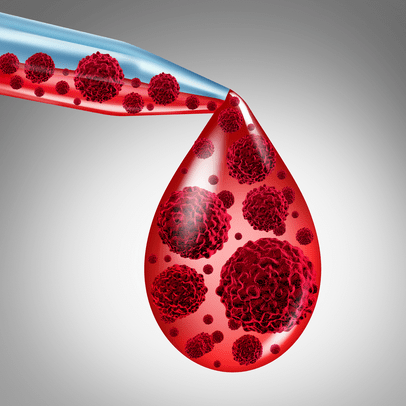 An antithyroid microsomal antibody test is a test done to quantify the level of antithyroid microsomal antibodies in the blood. It is also known as a thyroid peroxidase test. The thyroid gland is a gland situated at the anterior neck which makes the thyroid hormones triiodothyronine (t3) and thyroxine (t4) which control the metabolic processes in the body. When the cells of the thyroid gland are destroyed, the body makes the antimicrosomal antibodies. This test, along with other tests may be requested by a doctor to assist in the diagnosis of a thyroid disorder or an autoimmune condition.

The blood sample is being drawn by a nurse or phlebotomist or doctor and sent to the laboratory for examination. The risks associated with obtaining a blood sample are minimal. The results are being explained by a doctor.

The doctor should be told about any medications whether prescription-only or over-the-counter. Additionally, supplements taken should be communicated to the doctor. No prior preparation such as fasting is required for this test.

An adequate site is selected on the arm where the blood will be drawn. The usual sites are either the back of the hand or in the antecubital fossa in the elbow. This site is disinfected with an antiseptic. A tourniquet is tied to cover the upper arm so as to ensure visibility of the veins thus permitting easy accessibility. A needle is advanced into the vein, mild burning or pricking may be felt on insertion but this is short lived. It may be uncomfortable for some other set of people. Attached to the needle is a tube which collects the blood. When the tube has collected sufficient blood for the test, the needle is taken out and a sterile gauze or cotton wool is bandaged over the site where the sample was gotten. For much younger children including infants who may not be stable enough for a venipuncture, a sterile lancet which is a sharp object that punctures the skin can be used. This blood is then gotten into a slide. Collected samples are sent to the laboratory for analysis and results are to be explained by the doctor.

Side effects and risks of the antithyroid microsomal antibody test

Very minimal risks are associated with a blood test or blood collection. Some difficulty may be encountered when trying to collect blood because different veins have different sizes.

When there’s a disruption in the integrity of the skin, there’s an increased likelihood of a microorganism invading to cause infection. If the site of blood collection begins to swell or has some pus, the doctor’s attention should be called as that is a possible infection.

The presence of an autoimmune disease or thyroid disease may cause an elevation of the antithyroid microsomal antibodies level. An abnormal result is a positive result and is likely due to the following:

Women who have elevated levels of this antibody have a higher risk of some obstetrics and gynecological complaints including:

The presence of antithyroid antibodies in the blood is not a certainty of a thyroid disorder. It may mean that you have an increased chance of developing thyroid disease in the so it calls for monitoring. The risk tends to be more in females and the reason for this is not known.

A false-positive or false-negative results could also be gotten. These could be due to some errors that happened in the process of the test either from sample collection or at the actual testing point. False-positive means that although the antibodies are not present in the blood, the test picked them up at even increasing levels. False-negative means that even when the antibodies are present in the blood, they are not being picked up by the test. A false-negative result may be induced by some medications the patient is taking thus the need to relay all information about drug use to the doctor.

Since the presence of this antibodies are not enough to make a diagnosis, further tests for evaluation can be done. These antibodies are mostly pointers to an autoimmune disease. Conflicting possibilities that must be ruled out include hypothyroidism which necessitates an ultrasound, thyroid biopsy, and radioactive iodine uptake test to streamline the diagnosis. Further monitoring includes few monthly blood testing for the antibody levels till they normalize.

In addition to these tests, do not forget that a proper history taking, general physical and systemic examinations should be done.